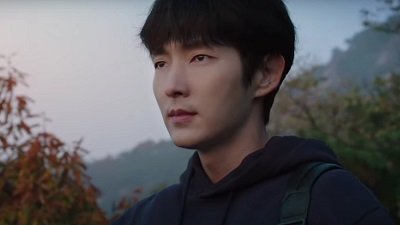 Again My Life is a fantasy drama ongoing television series of South Korean origin. The television series stars Lee Geung Young, Lee Joon Gi, Kim Ji Eun, and Jung Sang Hoon in the lead roles. The show is about a young lawyer who tries to build a case against a powerful crime boss but is killed in the process. However, he soon realizes that he has been given a second chance at life so that he can get justice against those responsible. Again My Life is based on a web novel that has the same title. The web novel was published on KakaoPage and it was also released as a webtoon. A webtoon refers to a digital comic book of South Korean origin and is meant to be read on smartphones or computers, as opposed to a physical comic book.

Again My Life is created by Studio S ( production plan ) and Viu ( production investment ) and was broadcast on the Seoul Broadcasting System ( SBS ) TV network channel on 8 April in the year 2022 and it airs every Friday and Saturday at 22:00 ( Korean Standard Time). The TV series is based on the web novel Again My Life which is written by Lee Hae Nal. It falls into the drama, mystery, law, and fantasy genres. The script for the series is written by J and Kim Yul. The TV series is directed by Han Chul Soo and Kim Yong Min. The music and soundtrack for Again My Life is composed and produced by Kim Jong Chun ( Philstring ). The executive producers of the show are Lee Kwang Sun ( SBS ) and Hong Chul Min ( CP ). Other producers involved with the show are Ahn Ji Hyun , Shin Sang Yoon, and Kim Hyun Woo. The production companies involved in making the show are Samhwa Networks and Kross Pictures. The show is distributed by Seoul Broadcasting System ( SBS ). The show premiered on 8 April in the year 2022 and has currently aired 2 episodes.

Season 1 of Again My Life premiered on 8 April in the year 2022 and has aired 2 episodes. The release date for season 2 of Again My Life is not known since the show has not been renewed for a second season by Seoul Broadcasting System (SBS) network channel.

The protagonist of Again My Life is Kim Hee Woo, portrayed by Lee Joon Gi, who was a high school student. He worked hard and studied well in law school and managed to pass the bar exam. His hard work paid off and he now works as a public prosecutor. He is conducting an investigation into a politician who is suspected of corruption and begins gathering incriminating evidence against him. However, during the course of the investigation, he is suddenly killed by a mysterious man whose identity is not known. It is later revealed that Kim Hee Woo finds out that he is alive again. He is resurrected by unknown forces and decides that must return to law school in order to complete his studies once again whilst simultaneously trying to figure out how and what happened to him. On his quest to find out what happened, Kim Lee Woo meets Kim Hee Ah ( portrayed by Kim Ji Eun), who is an exceptionally intelligent and shrewd young woman, who also happens to be the daughter of the family that owns the Cheonha business group. Together, Kim Hee Woo and Kim Hee Ah, embark on a journey to find out the truth about who killed Kim Hee Woo and they soon discover that a group of rich brokers might have a hand in Kim Hee Woo’s death.

The trailer for season 2 of Again My Life is not yet released since the show has not been renewed for a second season.

Where to Watch Again My Life Season 2?

Again My Life can be viewed online on the Viki streaming platform.