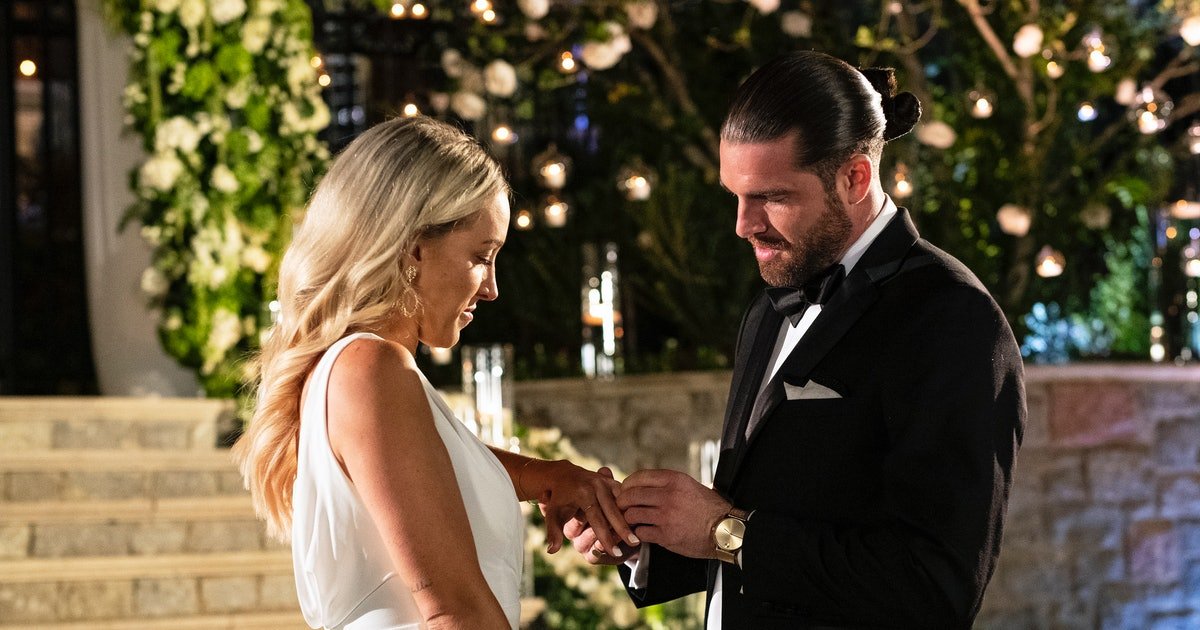 Are Kurt and Amanda Still Together?

Kurt Sowers and Amanda Pace are two contestants who appeared on a show called Joe Millionaire: For Richer or Poorer. Joe Millionaire is an American reality TV show that initially was launched on the network channel Fox in the year 2003. The series follows a selected group of single women who have to compete for the attention of an eligible bachelor who is posed as a millionaire.

The first season was released on 6 January in the year 2003 and it was an instant hit among viewers. It was the highest-rated television series since 2000. Due to its popularity, Joe Millionaire was renewed for season 2. However, season 2 of Joe Millionaire was not as popular. This led to the series eventually being canceled. However, the Fox network channel revived the show in 2021 titled Joe Millionaire: For Richer or Poorer. This version has a twist wherein there are 2 bachelors instead of one and one of them is actually a millionaire.

In the first season, Evan Marriott was a bachelor who was a construction worker. The women didn’t know the fact that he was a construction worker rather than a millionaire. Throughout the entire series, Evan Marriott had to determine and make sure which women genuinely liked him and which women were simply interested in his wealth. The winner of season 1 was Zora Andrich and she was the last person who was selected by Marriott. They shared the prize of $1 million. However, the relationship did not last for a long time and they called it quits.

Season one of Joe Millionaire was filmed in France at the Chateau de la Bourdaisiere. Due to his appearance on the show, Evan Marriott became extremely famous and appeared on television shows, news channels, and advertisements/commercials. His various appearances led to Fox Network paying him $2.5 million as per their contract agreement.

The second season of Joe Millionaire was filmed at the Villa Oliva in Tuscany. The second season of Joe Millionaire also had the same concept as the first one. The second season was filmed in Northern and Central Italy. In the second season, the bachelor was David Smith who was 24 years old and was from Midland, Texas and was a cowboy and earned only $11,000 per year. For season two, the producers needed to find contestants who had no idea about the show. As a result, the producers went to European countries like the Czech Republic, Netherlands, Germany, Italy, and Sweden and cast 14 women. The women were told that the show was about European women talking to American men on an island.

However, season 2 wasn’t nearly as popular as the first season, and the producers and network channel stopped making more seasons.

Joe Millionaire: For Richer or Poorer

In 2021, Fox network announced that they would create a reboot of the series which would be titled Joe Millionaire: For Richer or Poorer. In this reboot, there would be two bachelors instead of one, out of which one of the bachelors was in fact a millionaire but the women aren’t made aware of the fact.

Are Kurt and Amanda Still Together?

Kurt F. Sowers is a CEO of a construction organization located in Charlotte in the state of North Carolina. His parents’ names are Colleen and Eric. He has five siblings. He loves to travel and has visited Mexico, Nashville, lake Norman, and New York. He is very close to his family and is family-oriented and wants to have kids someday. His net worth is $1 million.

Amanda Pace was one of the contestants on the show Joe Millionaire. She is 27 years old. In the season finale that premiered on 10 March 2022, Kurt chooses Amanda to be his partner. However, they dated for only one and half months and then called it quits. Kurt stated that once they got to know each other off the show, they quickly realized that they were polar opposites and hence the relationship didn’t work out.

In this article:Amanda, Are Kurt And Amanda Still Together, kurt