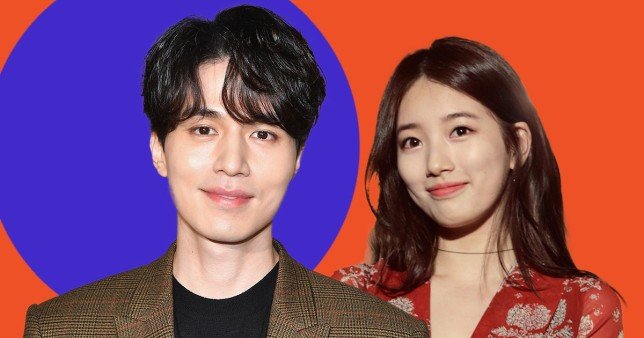 Bae Suzy, the eye-catching and heart-throbbing icon, famous for playing the character of Go Hye-mi in Dream High is a South Korean singer, actress, and model. Although she was famous as a member of Miss A, her appearance in Dream High propelled her fame even higher. After this small intro, we will tell you all about Bae Suzy’s life like Bae Suzy’s Boyfriend, net worth, and more.

Though the South Korean star has been linked several times with several costars over the years (which is totally not her fault! she just has great chemistry with everyone), there have been times when she has confirmed the rumors and made her relationship public.

In 2015, Suzy was confirmed to be dating the super-hot South Korean actor Lee Min Ho (Bae Suzy Boyfriend) when they were spotted together in Europe. It was later revealed that Lee Minho had made several attempts to get Suzy’s phone number through a friend but without any success when Suzy finally agreed to meet him. To everyone’s disappointment, they announced their breakup after two years. Stating busy schedules and not being able to spend time together as the main reasons behind their breakup.

In 2017, Suzy made headlines by going public about her relationship with Lee Dong Wook following the dating rumors after meeting him at a public event. Unfortunately, their relationship only lasted for four months due to their demanding schedules.

The 27-year-old star was born on 10th October 1994 in Buk District, Gwangju, South Korea. Bae Suzy’s real name is Bae Su-ji. She enrolled in the School of Performing Arts in Seoul before graduating in 2013.

In 2010, she gained a lot of attention from the audience when she became the host of MBC Show! Music Core alongside Minho and Onew (members of Shinee) and Jiyeon of T-ara. Since then, Suzy has hosted many big events and award shows like Seoul Music Award, Golden Disk Awards, and Mnet 20’s Choice Awards.

In 2016, Suzy collaborated with EXO’s Baekhyun and released a single titled “Dream” which won the Best Collaboration Award at Mnet Asian Music Award.

Suzy debuted as a solo artist in 2017 with the album Yes? No?. And in early 2018, she released In Love With Someone Else which achieved real-time all-kill.

In 2011, Bae Suzy ventured into acting and made her debut as an actress in the music teen drama Dream High. The drama became very famous in her native country gaining an average viewership rating of 15.7%. She was also a part of the OST line-up for the drama. This show helped her bag the Best New Actress award at the KBS Drama Awards as well as the Best Couple Award with her co-star Kim Soo-Hyun.

She made her film debut in 2012 with the movie Architecture 101 which was one of the ten most-watched films in the first quarter of 2012 in Korea, setting a new box office record for Korean melodramas. Suzy won the Best New Actress award at the Baeksang Arts Awards for her amazing performance in Architecture 101.

She starred in Gu Family Book (2013) which won her Outstanding Actress award at the Seoul International Drama Awards. She also appeared in the show, Healing Camp, making her the youngest guest.

In 2017, she made her return to television with the blockbuster drama While You Were Sleeping starring alongside Lee Jong-suk. She also displayed her performance in the spy-action drama film Vagabond and television drama Start Up (2020).

After her successful film debut, she has been given the title of “The Nation’s First Love“.

Suzy is the first female celebrity to win a singer, drama, film, and variety rookie award.

In 2016, she became the first female Korean celebrity to have a wax figure at Madame Tussauds Hong Kong.

Ratings- While You Were Sleeping

The movie is rated 8.3 out of 10 on IMDb. Check the images below to observe the analytical data:

Who was Bae Suzy dating earlier?

Suzy was dating Lee Min-Ho according to the reports.

What is the age of Bae Suzy?

No, she is not married yet.

What is the net worth of Bae Suzy?

In which Bae Suzy debuted?

What is the birth date of Bae Suzy?