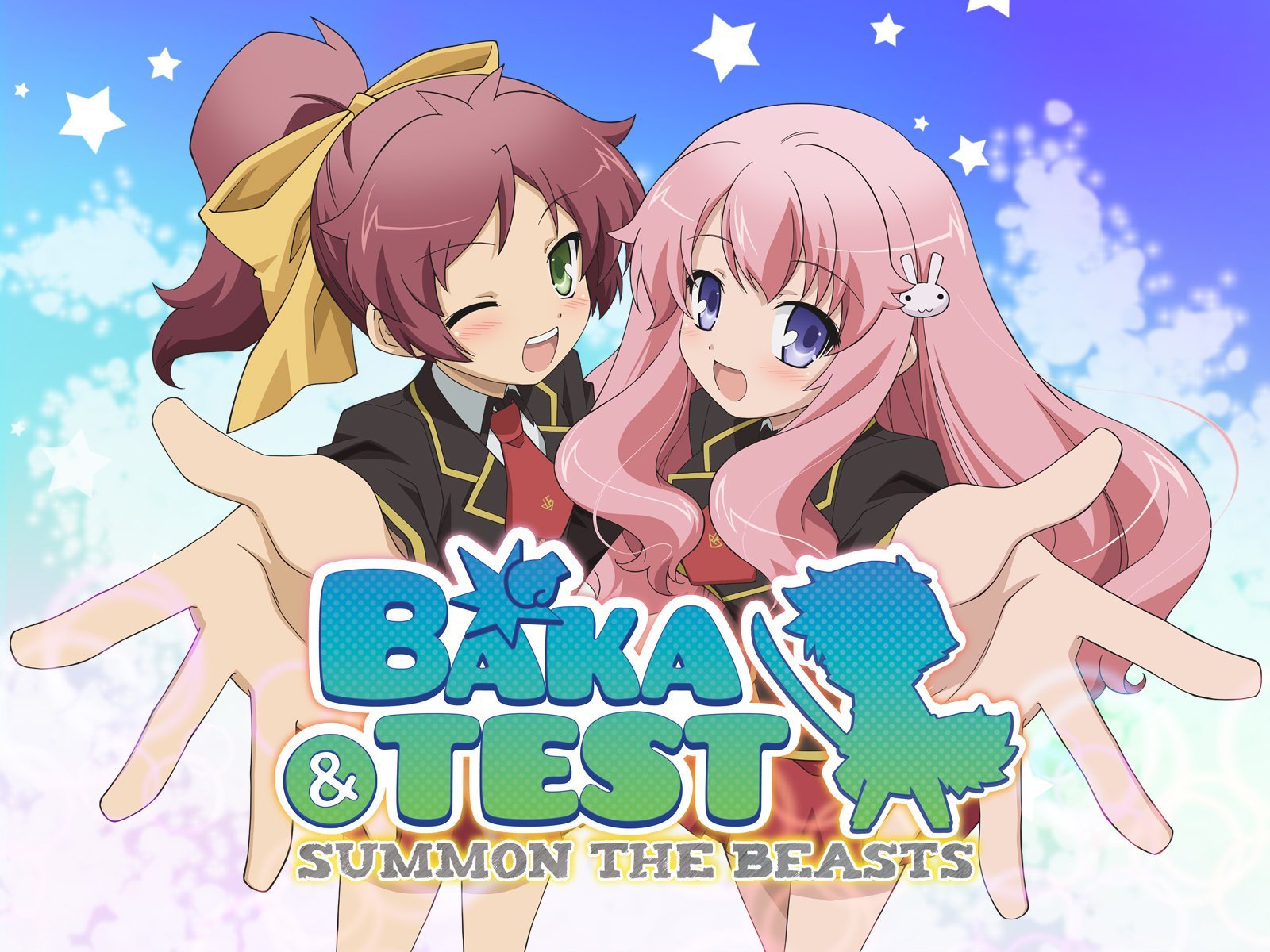 Baka, Test, and Summon Beast, also known as Baka, Test, and Summon Beast, are Japanese light novel series written by Kenji Inoue, and are illustrated by Yui Haga. This series is centered around the idiots and their friends who bear the name of Akihisa Yoshii (stupid), and the friends of Fumizuki Academy who were divided into classes according to the results of the entrance examination. The upper grades improve classroom comfort and outcomes, but the lower grades rarely. Class F, the lowest class in the school, is angry with this fraud and vows to fight the upper class for better facilities and respect. Baka, Test, and Summon Beast were published by Enterbrain, and from January 2007 to March 2015, a total of 18 novels were published by the publisher of Famitsu Bunko. A 13-episode anime television series was produced by Silver Link and aired from January to March 2010. Immediately after that, in February 2011, the two-part original anime video series “Baka to Test to Summon Beast: Festival” and the second part 13-part anime TV series “Baka to Test to Summon Beast: Ni! “Continued. It was aired from July to September 2011. Baka, Test, and Summon Beast received three cartoon adaptations published by Enterbrain at Famitsu Comic Clear and Kadokawa Shoten at Shonen Ace, as well as a PlayStation Portable video game in December 2012.

After waiting for more than a decade, fans are eagerly awaiting Season 3 of Baka and Test and Summons. There is no word from the production company about updating the series. The main issue is probably the source material. Both light novels and manga have been completed, but the first two seasons have already consumed most of the story of the main story. There are still side stories that can be adapted, but due to lack of material, it is unlikely to be adapted in Baka and Test and Summon Beast Season 3. In addition, the ending of Season 2 is a fairly decisive ending, making it even less likely that fans will see Season 3 of Baka and Test and Summons in the future. Fortunately, Studio Silver Link (I hate pain season 2) hasn’t announced a formal cancellation, so I have the opportunity to test season 3 with idiots.

The story is centered around Akihisa Yoshii, a high school student who attends the main character, Akihisa Yoshii. Unlike other schools, Fumizuki Gakuen has a unique system in which students are placed in classes according to the results of exams taken at the end of the year for new students. Classes are ranked so that the student with the highest grade is placed in class A and the student with the lowest grade is placed in class F. School facilities also vary from class to class, with F-class receiving the worst equipment such as broken desks and ruined furniture.

The idiots, tests, and summons are held at a fictitious prep school called Bunketsu Gakuen in Japan, which seems to implement the “best and most unique system”. Students are strictly placed in the class based on the results of the entrance exam. Class A contains the students with the highest scores and Class F contains the students with the lowest scores. In addition, classes receive different benefits and equipment depending on the department. The higher the class, the better the performance. Class A has many famous items such as air conditioning, luxurious seating, laptops, and a free snack bar. Class F, on the other hand, must work in a dusty, broken classroom with mats and a low wooden desk. In addition, Bungetsu Gakuen has a special system that allows all students to summon a summoned entity (“Avatar” in the official English translation).

Where to Watch Baka and Test Season 3?