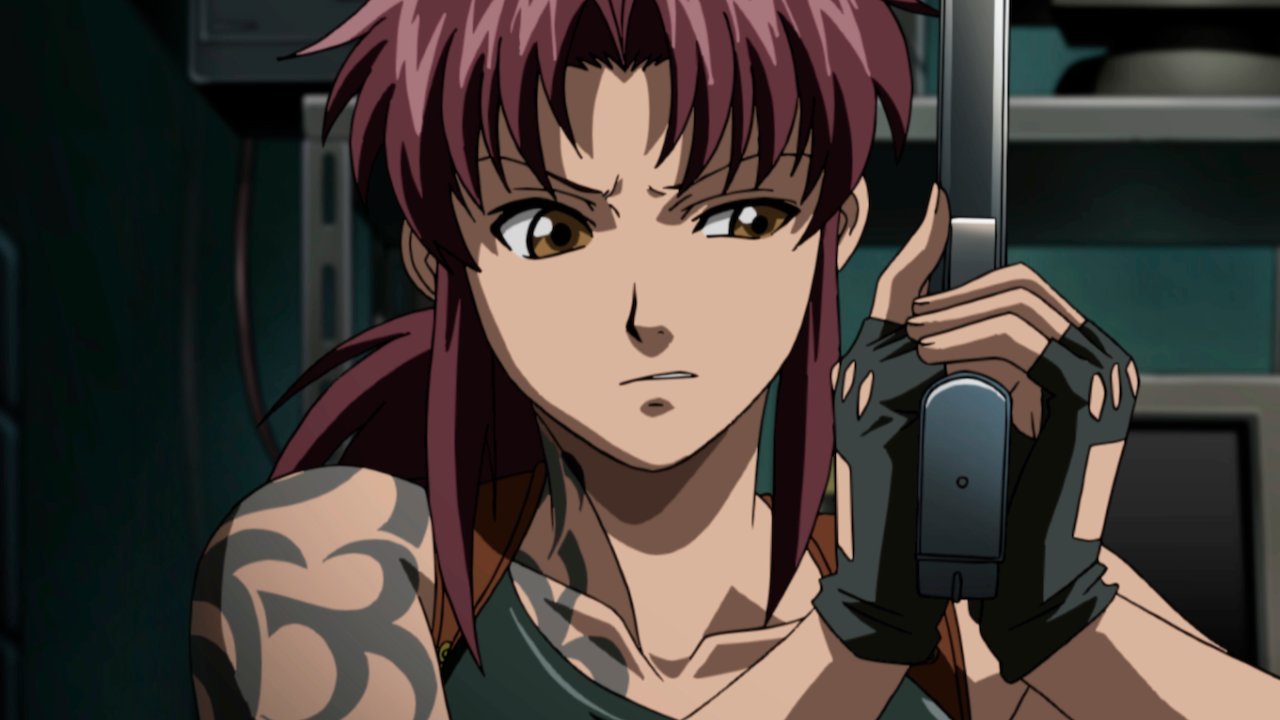 Black Lagoon is an anime series of Japanese origin. It has been adapted from the Black Lagoon manga series which is written by Rei Hiroe. The series focuses on the story of its protagonist named Rokuro “Rock” Okajima, a Japanese entrepreneur who is kidnapped by a group of outlaws called the “Lagoon Company”. Rokuro eventually becomes a member of the Lagoon Company.

The anime series is directed by Suano Katabuchi and is produced by Madhouse Productions. The executive producers of the show are Jun Nishimura, Mitsutoshi Ogura, and Junya Okamoto. The script for the anime series is written by Suano Katabuchi and music is provided and produced by Edison. The series is licensed by Universal/Sony in Australia. It is licensed by Funimation in North America and by Anime Limited in the United Kingdom. Season 1 of the anime series premiered in April 2006 and ended in June 2006 which consists of 12 episodes. Season 2 of Black Lagoon is titled “The Second Barrage” and consists of 12 episodes. The second season premiered in October 2006 and ended in December 2006. In addition to the anime series, an original video animation (OVA) series, named “Roberta’s Blood Trail”, consisting of 5 episodes, premiered in July 2010 and ended in June 2011. The show has received critical acclaim and positive reviews from critics and fans. Black Lagoon has a rating of 8/10 on MyAnimeList.net as well as an 8/10 rating on IMDb.

Black Lagoon follows the story of a team of “pirate mercenaries” who call themselves the Lagoon Company. The Lagoon Company smuggles goods in and out of Southeast Asia in the 1990s. It consists of 4 members: Benny, Rock, Dutch, and Revy. “Rock” whose real name is Rokuro Okajima, was once a businessman, who was once kidnapped by the other three members of the Lagoon Company. Being shackled by the corporate world and having been abandoned by his boss, Rokuro decides to join the Lagoon Company where he is given the name “Rock”. The Lagoon Company is based in Roanapur in Thailand. The city is home to a wide variety of criminals such as the Chinese Triad, the Japanese yakuza, the Colombian cartel, and the Russian mafia. The Lagoon Company has a particularly close working relationship with Hotel Moscow, which is a part of the Russian Mafia. The company executes a variety of missions and often includes nautical battles, hand-to-hand fights, and violent gunfights.

The main characters of the show are the members of the Lagoon Company. The protagonist of the show is Rokuro “Rock” Okajima, voiced by Daisuke Namikawa. The second member of the Lagoon Company is Revy, voiced by Megumi Toyoguchi. She is an extremely skilled fighter. The third member is Dutch, voiced by Tsutomu Isube. Dutch is a former Marine soldier having fought in the Vietnam War. He gives orders to the rest of the group and carries out negotiations with other criminal groups based in Roanapur. The fourth member of the group is Benny, whose character is voiced by Hiroaki Hirata. Benny is the Lagoon Company’s computer genius and mechanic.

The trailers for all seasons of Black Lagoon can be viewed on Netflix and YouTube.

Where to Black Lagoon Season 3?

Black Lagoon can be viewed online on Netflix and Hulu streaming platform. Additionally, it can also be viewed on the official website of Funimation.