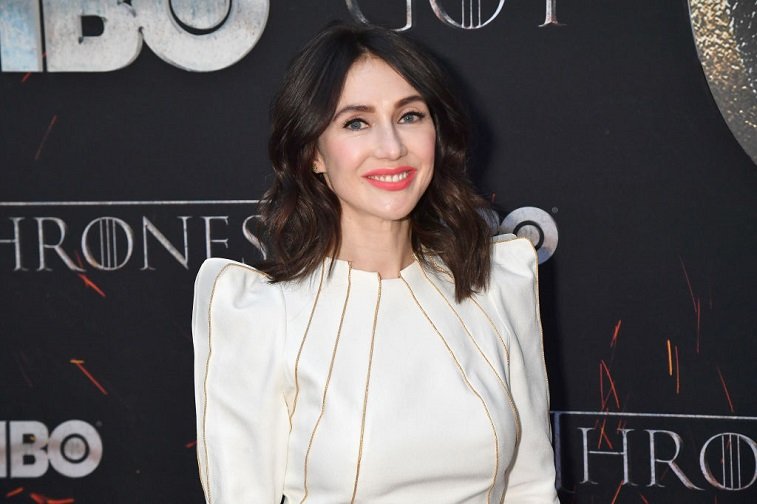 Carice Anouk van Houten is a Dutch actress and singer who was born 5 September 1976. Her debut lead role was in the television film called “Suzy Q” in 1999 and it made her win the Golden Calf under the category of Best Acting in a Television Drama. She again won the Golden Calf two years later, for Best Actress for Undercover Kitty in 2001.

She had earned worldwide fame for her work in “Black Book”, the most monetarily successful Dutch film to date, for the work, she won her Third Golden Calf and for the second time under the category of Best Actress. She was one of the nominees for a Saturn Award for the category of Best Supporting Actress for Valkyrie of 2008 and won her fourth and fifth Golden Calf Awards and it was for Best Actress for the film “The Happy Housewife” of 2010 and “Black Butterflies” of 2011. Her other renowned English-language characters which she played include Repo Men, Black Death, and Brimstone. Here’s what we know about Carice Van Houten Net Worth.

Carice Houten grew up watching silent films and in an interview, she confessed that she would like to prefer playing scenes without dialogue. Her younger sister, Jelka van Houten, also happens to be an actress. Their paternal grandmother was Scottish. Carice van Houten attended the St. Bonifatiuscollege, her high school, in Utrecht. There she performed the lead role in Hugo Claus’ Tijl Uilenspieghel, which was under the direction of Ad Migchielsen. Carice Houten used to study briefly at the Maastricht Academy of Dramatic Arts. But later, continued her professional studies after one year at the Kleinkunstacademie in Amsterdam.

Carice performed her first lead role in Martin Koolhoven’s TV series called “Suzy Q.” She earned the Golden Calf for her performance as Suzy. Her award list includes the Pisuisse Award and the Top Naeff Award for her stage acting and an additional Golden Calf for her role as the kitten that becomes a woman in the movie “Undercover Kitty” of 2001. The first time she was to be seen in cinemas in the U.S. was the time when Martin Koolhoven’s AmnesiA in 2001, had a little theatrical release.

In December of 2006, Carice Houten stepped back from a theatre production of Alex van Warmerdam because of personal reasons. One of the theatre spokesmen made a statement that it was because of a work overload.

Carice Houten made an appearance in Antony and the Johnsons’ “Cut the world” video, in 2012, and Nabil Elderkin directed the video which also co-starred with Willem Dafoe and Marina Abramović. Houten has also gained three Screen Actors Guild Award nominations for Outstanding Performance by a group in a Drama Series in the years 2014, 2016, and 2017 for the role.

Read about | Does The Locke & Key Actress Hallea Jones Have A Boyfriend?

Carice Van Houten played a prison therapist who gets attracted towards one of her patients, a serial rapist, directed by Halina Reijn in the debut Instinct. At the Locarno Film Festival, the film was released and it got the Variety Piazza Grande Award and was chosen as the Dutch submission for Best International Feature Film at the 92nd Academy Awards.

Van Houten is an actress and singer who is from the Netherlands and has a net worth of $5 million which according to INR is 37-38 Crore. Carice Anouk van Houten was born in Leiderdorp, South Holland, Netherlands.

Carice Anouk van Houten is in a relationship with actor Guy Pearce from Australia. In August 2016, her son was born, Monte Pearce. In the past, She dated German actor Sebastian Koch. Van Houten and Sebastian Koch met on the set of the movie Black Book in 2006.

Fellow Dutch actress Halina Reijn and Carice Anouk van Houten have been friends since 1994. They used to work together in the movies called “Black Book” and “Valkyrie.” The two friends published a book called “Anti Glamour,” a parody style guide and a triumph of their friendship, as well as an authentic look into the unglamorous back-stage part of their lives, in 2013.

Read more | Find Out Who Is Ashley Tisdale Boyfriend?