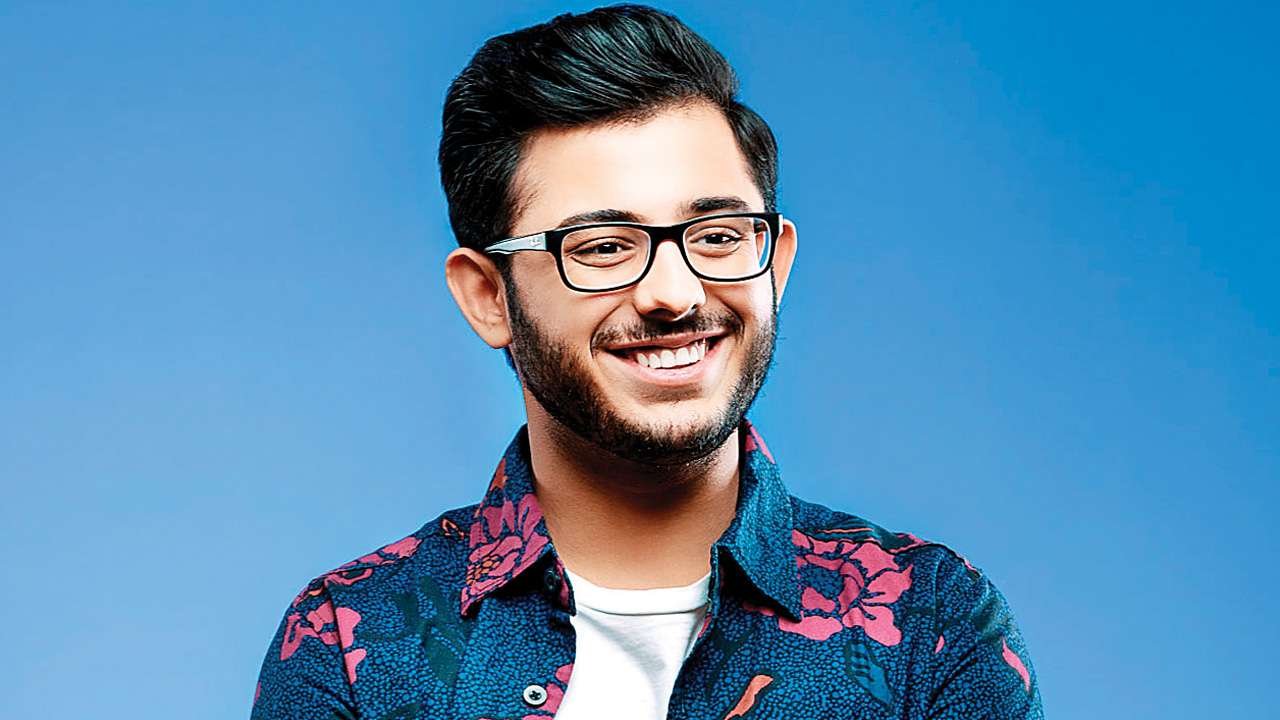 In 2020, Carry Minati became the hottest topic of conversation among the population of India when he released his bombshell video titled “ YouTube vs TikTok- The End” on his YouTube channel. So here, in this article, we gonna talk about the most famous YouTuber and the heartthrob, Carry Minati, we will tell you everything about Carry Minati’s Net Worth and his career.

The popular Youtuber Carry Minati’s real name is Ajey Nagar. The young YouTuber was born on the 12th of June 1999 in the district of Faridabad, Haryana, India.

He first started his YouTube channel in 2014. He has two channels on YouTube: CarryMinati and CarryIsLive. On the CrryMinati channel, he uploads his comedy skits and also various reaction videos to online topics. On the other hand, his other channel CarryIsLive is dedicated to gaming and live streaming.

He also creates diss songs in the Hindi language and uploads them on his YouTube channel.

According to the data available, Carry Minati’s net worth is $4 – $5 Million which roughly translates to 29 to 37 Crore Rupees. This makes sense as his monthly income is said to be about over 25 Lakh. And his yearly income exceeds 3 Crore Rupees.

With over 32 Million subscribers on his main YouTube channel, he is one of the most successful and richest Youtubers in India.

The Indian YouTuber began uploading videos on YouTube at the young age of ten. Initially, when he created his channel in 2014, it was named AddictedA1. There he would put up his reactions to video games along with the recorded game footage. Later in 2015, he changed the channel’s name to CarryDeol. He then began uploading gameplay footage of Counter-Strike: Global Offensive. Carry steamed it while imitating the Bollywood superstar, Sunny Deol. He subsequently again changed the name of his YouTube channel to CarryMinati. In 2017, he created his other cannel called CarryIsLive.

In 2020, in the month of May, the 22-year-old Youtuber uploaded his most controversial video yet. The YouTube video titled “YouTube VS TikTok – The End” was in response to a video by TikTok user Amir Siddiqui shared on Instagram. In his video, Amir Siddiqui roasted YouTube creators for dissing TikTok users.

However, Carry Minati’s video was soon removed by YouTube for violation of the platform’s terms of service. YouTube cited cyberbullying and harassment as the main reasons. In addition to this, many homophobic and transphobic abusive slurs were used in the video by Carry Minati which caused offense to various LGBTQ+ activists. Though this move by YouTube angered many of his fans, his other fans supported the move.

In June 2020, Carry released the Music Video of his disses track “Yalgaar” where he further criticized TikToker Amir Siddiqui.

In 2019, Ajey Nagar appeared at the 10th position of Time’s 10 Next Generation Leaders which is a list of ten young people who construct innovative careers.

On his live streaming channel, he has hosted live streams for raising funds for the victims of cyclone Fani in Odisha (2019), the flooding in Assam and Bihar in 2020.