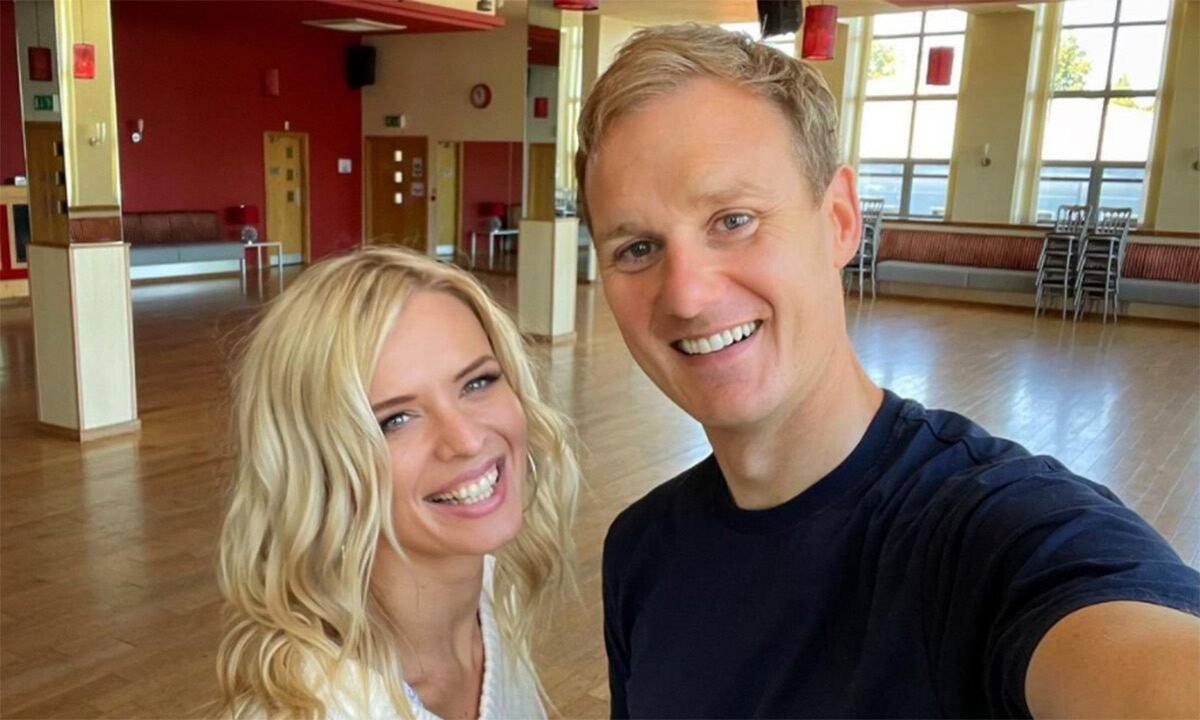 Daniel Walker, mainly popular for presenting Football Focus since 2009 and BBC Breakfast since 2016, is an English journalist, newsreader as well as television presenter. He has appeared across a wide spectrum of show genres including radio shows, sports shows, and news.

Daniel’s full name is Daniel Meirion Walker. He was born on the 19th of March in the year 1977. That makes him 44 years old as of 2021. His place of birth is Crawley, West Sussex, England, United Kingdom. All we know about his parents is that his father was a local church minister and his mother is Welsh. He got his primary education from Ifield Primary School and then attended Three Bridges Middle School. He went to Hazelwick Secondary School. He attended the University of Sheffield and earned a degree of BA ( Hons ) in History as well as an MA degree in Journalism Studies.

When Daniel was attending Sheffield University, he met Sarah. The couple got married in 2001. They have three children together and they are named Susanna Walker, Chuck Walker, and Jessica Walker.

Daniel Walker began his professional broadcasting career working at Hallam FM while attending Sheffield. After winning a competition meant for young sports commentators, in 1999 he took up a full-time career as a sports presenter and commentator at Manchester’s Key 103 radio. This was a four-year stint. During his time, he often broadcasted from UEFA Champions League matches held at Manchester United’s Old Trafford ground. He also appeared on Mike Toolan’s breakfast show as a resident sports correspondent.

Until 2016, Daniel presented Afternoon Edition on BBC Radio 5 Live, and before that he used to host evening sports output on the channel.

Daniel Walker started his television career with a six-month deal with Granada Television in Manchester where he appeared as a commentator for a show called Football League Review. Then he joined North West Tonight which is a BBC regional news program. Meanwhile, he was nominated for numerous awards and even won the Royal Television Society Sports Award in the year 2005.

In 2006, Daniel began working in London and by 2008 he was reporting and presenting at The Open, 6 Nations, Wimbledon, Ascot, Aintree as well as The Derby at Epsom. In 2009, Daniel took over as presenter of Football Focus and also started writing blogs on the BBC website. By 2010, he was a part of the BBC Sport team that was covering the FIFA World Cup. He traveled from Cape Town to Johannesburg providing commentary for TV, BBC’s online channels as well as Twitter.

In 2016, Daniel became the presenter of BBC Breakfast and in the same year, he reported for the 2016 Olympics. In 2019, when he met Tony Foulds, he was told about the bomber crash in 1944 and how Foulds and his friends survived. After that, Daniel took it to himself to start a campaign on social media in order to organize a flypast. The campaign was a success and the flypast was held on the 75th anniversary of the crash. In late 2020, Daniel was announced as the new host of the show The NFL Show.

Interestingly, in 2021, Daniel Walker announced that he would be appearing as a competitor on the 19th season of Strictly Come Dancing. Here, he was paired with the professional Ukrainian/ Slovenian dancer Nadiya Bychkova.

Let us know your views about this article in the comment section down below.