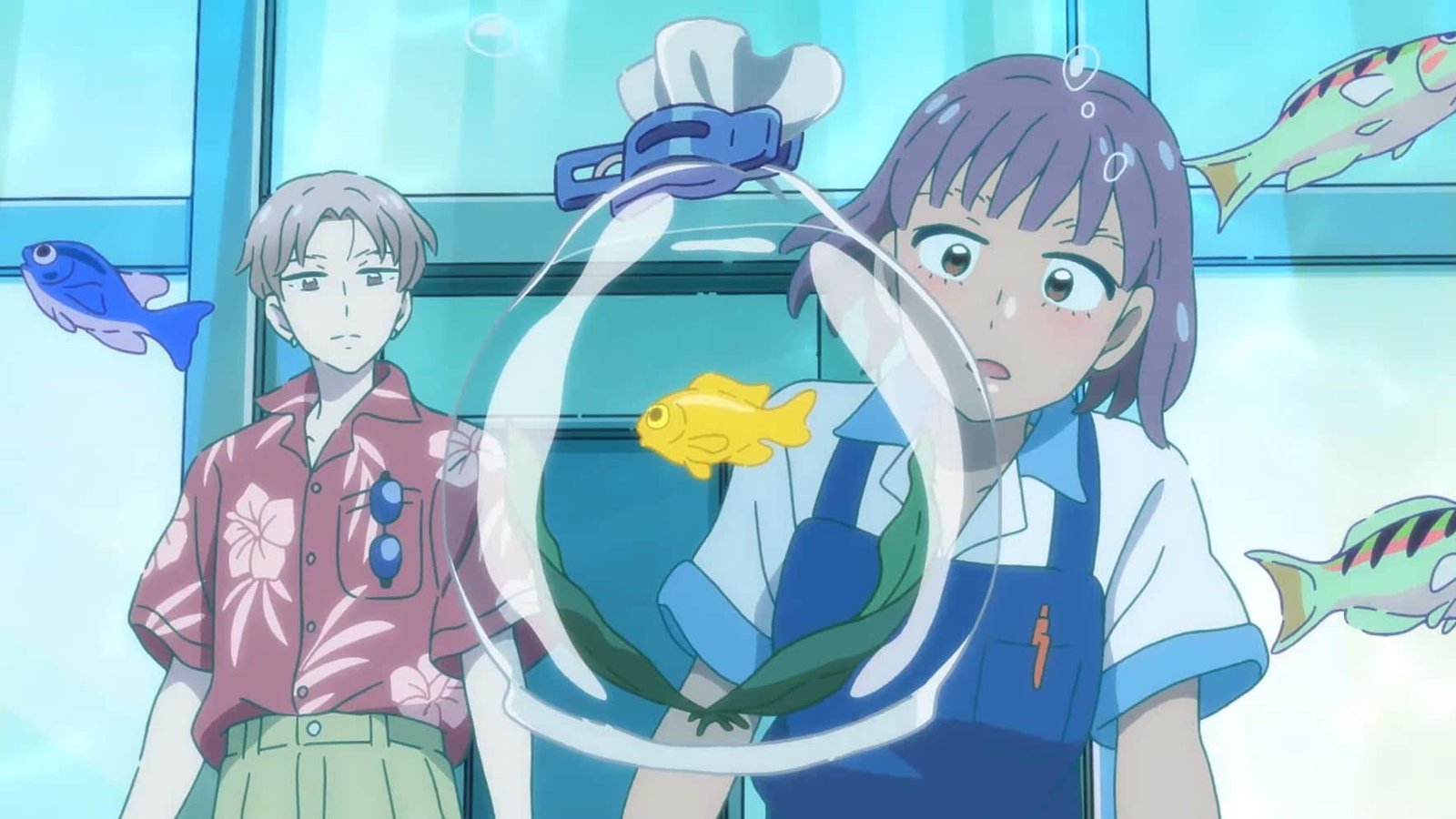 Deji Meets Girl is a short anime television series in the genre of Fantasy. Naminoue Seinendan is the original creator. The manga is written by Akane Malbeni and published in Flex Comix’s Magazine Comic Polaris on September 30th, 2021. This Japanese series is directed by Ushio Tazawa and Written by Akane Malbeni. It is produced by the Japanese studio Liden Films. The first episode aired on the 2nd of October 2021. The series consists of twelve episodes which were released weekly. It has 90 seconds episode. The last episode was aired on the 18th of December,2021. The anime premiered at the tail end of the Super Animeism block on the MBS, TBS, and other channels.

The anime is licensed by Gkids. Gkids Announced to screen the anime in the theatres in 2022. The anime’s international premiere was on the closing day screening of Montreal’s 25th Fantasia International Film Festival in August 2020.

The Series composition and original character design are by Akane Malbeni. The props were designed by Kaori Akatsu and Norifumi Okuno. The music of the anime series was given by Hiroshi Nakamura. The theme song of the series “Otogibanashi no Yon a Kiseki” was performed by Aoi Kubo. The sound and 3D directors include Ryousuke Naya and Yoshimasa Yamazaki. The editing of the series was done by Satomi Yamada. The art direction was done by Miu Miyamoto and the color design by Kunio Tsujita. Mitsuyoshi Yamamoto did the photography for the anime.

The anime series characters include Maise Higa voiced by Kiyono Yasuno, Ichiro Suzuki voiced by Tatsuyuki Kobayashi, Kaisei Higa voiced by Kenta Miyake, and Teruko Higa voiced by Ikuko Tani. Maise Higa is a sixteen-year-old high school student who was on the handball team but gave up after an injury. She is a cheerful lively girl and agrees to help her father with the family’s hotel business during the summer vacation. Ichiro Suzuki is a tourist from the mainland who has come to stay at Hotel Higa. He has handsome features but he never smiles. Kaisei Higa is Maise’s Father who is 38 years old. Hotel Higa belongs to him. The hotel has been in his family for three generations. Teruko Higa is Maise’s Grandmother.She is an Okinawan yuta (spiritualist).

Where to watch Deji Meets Girl

Deji Meets Girl is not available on legal streaming services such as Crunchyroll and Funimation.

The short anime series is about the adventures of a sixteen-year-old high school student whose name is Maise Higa. She lives in Okinawa. She works as a part-time front desk clerk at her family’s shoreside hotel in Okinawa. It is dull for her to spend her summer holidays working at the hotel. A turn of events happens as a mysterious stranger whose name is Ichiro Suzuki belonging to the mainland arrives as a guest in the Hotel. Since the arrival of the young man “Deji” things have been happening around Maise. He brings weird phenomena with him such as a hotel room drowned in the ocean, fish floating in midair and an enormous banyan tree sprouting the roof of the hotel. Deji means “troublesome” or “a lot”.

It is an Okinawan word. Maise is intrigued by these supernatural phenomena happening around her and gets curious to know more about Ichiro. The story becomes more adventurous as she finds out that these strange phenomena are manifestations of Suzuki’s urban venture as a promising dancer, and singer and the stress due to his failures. Maise steps up to console him after she came to know about his burdens. She helps to prevent this phenomenon from dragging down his spirits. Each episode in the series adds up to the mystery of supernatural occurrences. These random events disappear as quickly as they appear in the blink of an eye. These quick inexplicable phenomena keep prodding the curiosity of the viewers and it’s impossible to wait to see what lies next in the store for Ichiro and Maise next!