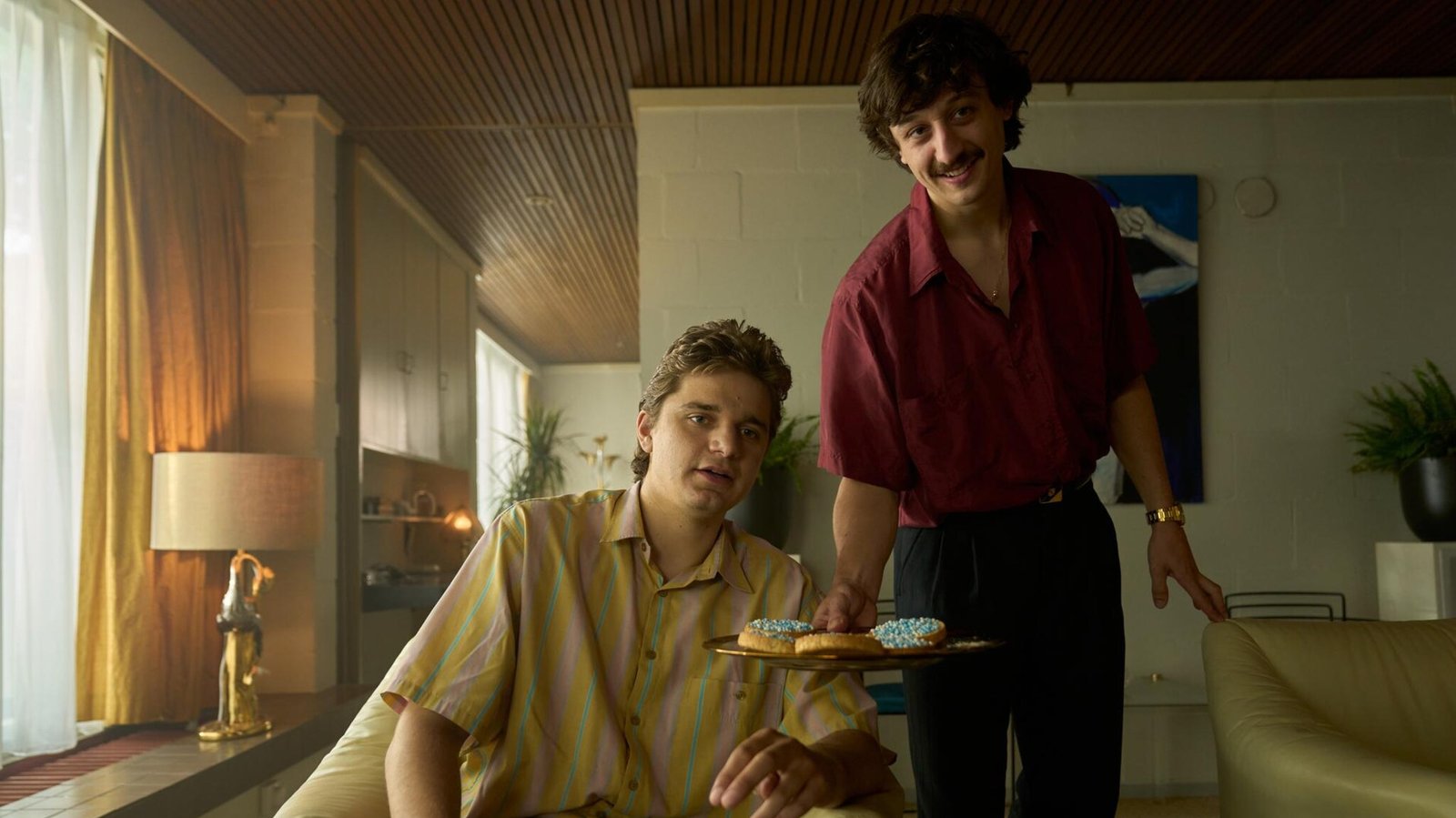 Dirty Lines is a drama comedy television series of Dutch origin that premiered on the Netflix streaming platform in the year 2022. The show is created by Pieter Bart Korthuis and is based on author Fred Saueressig’s book titled 06 Cowboys. The events of Dirty Lines are set in Amsterdam in the 1980s era, and tell the story of how a young college student stumbles onto a new career path at a phone sex line company, Teledutch, that was founded by two brothers. The show stars Joy Delima, Minne Koole, Chris Peters, Charlie Chan Dagelet, Abby Hoes, Benja Bruijning, Yari van der Linden, Julia Akkermans, Joes Brauers, Andre Dongelmans, Laura Bakker and Michael Muller as the main cast. The series is directed by Pieter Bart Korthuis, Tomas Kaan and Anna van der Heide. It is produced by Femke Bennink, Monique van der Waals and Annemieke van Vliet. The music and soundtrack for Dirty Lines are produced and composed by Alexander Reumers. The cinematography is done by Gregg Telussa and Mike Van Rossum. The script for the series is written by Pieter Bart Korthuis, Franky Ribbens, Fred Saueressig, Tijs van Marle and Lotte Tabbers.

Dirty Lines is an entertaining series that is inspired by real events that take place in Holland in the 1980s era. The show portrays the Holland youth vibrantly and colorfully, during the time of the fall of the Berlin Wall, the end of the Cold War, and the creation of a new drug. The series has received positive reviews for its storytelling and performance by the actors.

The release date for season 2 of Dirty Lines is not known since Netflix has not renewed the show for a second season.

Dirty Lines is a show set in Amsterdam in the 1980s era and follows the story of college student Marly Salomon, as she takes up a new side job at a company called Teledutch. Teledutch is a company started by two brother Frank Stitger and Ramon Stitger. It is Amsterdam’s and Europe’s first erotic telephone company. The company immediately takes off and the brothers earn a huge fortune. As the show begins, Teledutch is shown at the peak of its success. Three years prior, when the company had newly launched, college student Marly was still living at her parents house. She soon finds a job at Teledutch with the help of her best friend Janna. She begins recording tapes for their sex phone lines and earns a good amount of money which helps her move out of her parent’s house. A storyline that runs parallel to Marly’s is that of the two brothers, Ramon and Frank, and how they conceptualized the idea for a phone sex line company and eventually started Teledutch. It also portrays how the new company affects both the brothers’ marriage in different ways.

Where to Watch Dirty Lines?

Season one of Dirty Lines can be viewed online on Netflix.