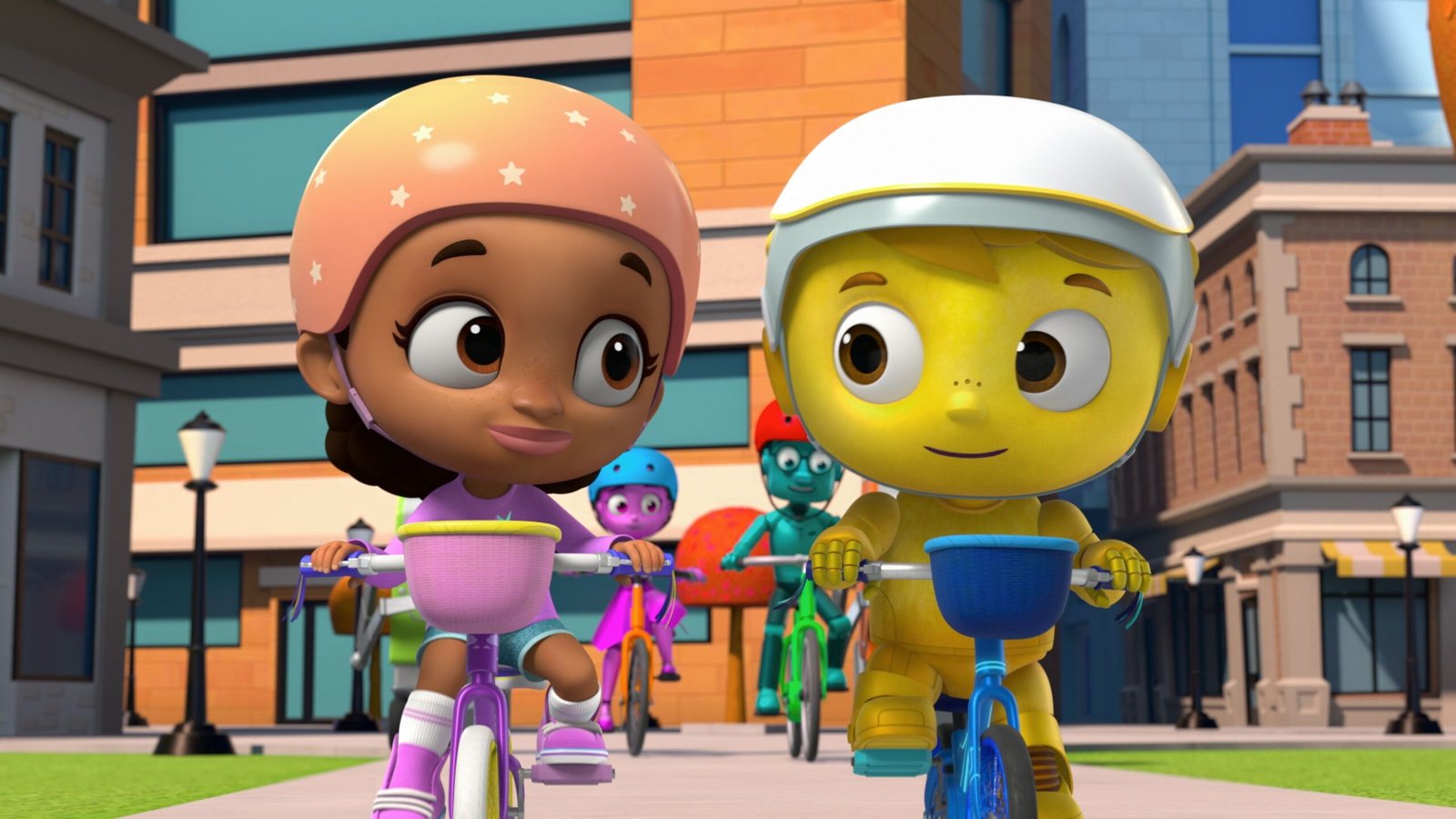 Doug Unplugs is a children’s animated television series of American origin that is produced by DreamWorks Animation and is currently streaming on the Apple TV+ platform. This series is based on the children’s book series titled Doug Unplugged, written by Dan Yaccarino. The first season of the show premiered on 13 November in the year 2020 and ran over a course of seven episodes. The second season of Doug Unplugs premiered on 17 September in the year 2021.

Doug Unplugs falls into the children’s animated adventure genre. It is created by Jim Nolan. The show is based on a children’s book known as Doug Unplugged which is written by Dan Yaccarino. The show has multiple writers namely Jeff D’Elia, Michael Rhea, Dan Yaccarino, Jim Nolan, Sarah Nerboso, Noelle Wright, Mia Resella, Sarah Eisenberg, Rick Suvalle, Tom Martin, and Becky Wangberg. The series is directed by Ruolin Li, Murray Debus, and Michael Goguen. The show is broadcast in the English language and currently has two seasons over the course of 20 episodes. Each episode has a run time of 23 minutes. The executive producers of Doug Unplugs are Dan Yaccarino, Jim Nolan, and Aliki Theofilopoulous. The show is produced by the DreamWorks Animation Television production company and is distributed by Apple Inc. and NBC Universal Syndication Studios.

Doug Unplugs focuses on the story of a robot named Doug and his friend Emma, who is a human, as they learn and experience how the real world functions.

Season 2 Part 1 of Doug Unplugs currently has 7 episodes. Part 2 of season 2 will premiere in April 2022. In episode 1 of season 2, Doug goes to Emma’s school for the first time; Doug and his robot friends try to set up the perfect playground for the school kids. In episode 2, Doug and Emma try to help their neighbor sell his lemonade; Doug finds out why the fall season is so special. In episode 3, Doug and Emma put on a school play for the children; reading a comic book inspires Doug and Emma to explore their superpowers. In episode 4, Doug and Emma are on the search for musical instruments so that they can play in a band. Doug performs a magic trick that makes one of his robot friends named Critter Bot disappear. In episode 5, Bot and Doug go to a horse stable to learn how to ride horses; Emma asks for Doug’s help when her sisters refuse to go to the dentist. In episode 6, Emma meets new a new robot who takes her and Doug on an adventure under the sea; Jenny and Doug find an old photo album and try to find its owner. In episode 7, Emma realizes that Doug and his bot friends are sad during the holiday season so she tries her best to cheer them up.

The trailer for season 3 has not been revealed since the show has not yet been renewed for a new season.

Where to Watch Doug Unplugs Season 3?

All episodes of Doug Unplugs can be viewed online on Apple TV+.