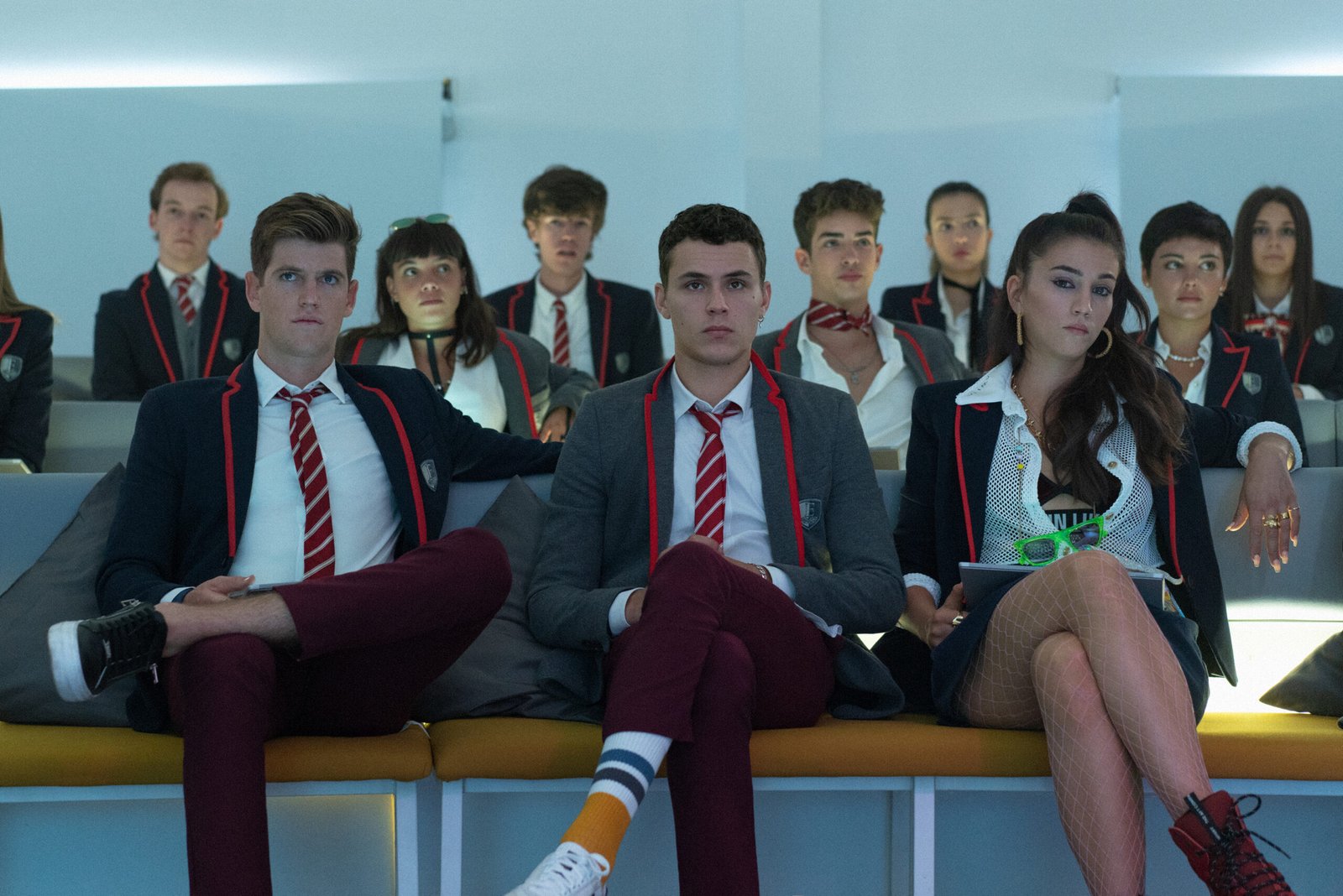 Elite is a thriller teen drama television series of Spanish origin. The show is created by Carlos Montero and Dario Madrona and is produced by Diego Betancor, Inaki Juaristi, Francisco Ramos, Carlos Montero and Dario Madrona. The show is set in Las Encinas, which is an elite school, and focuses on the lives of three middle-class teenagers, enrolled at the school with the help of a scholarship, and their relationship with their wealthy classmates. The show features an ensemble cast, the majority of whom have worked with Netflix on some other projects or shows. The music and soundtrack for the show are composed by Lucas Vidal and cinematography is done by Daniel Sosa Segura and Ricardo de Gracia. The show is produced by Zeta Producciones production company and broadcast on Netflix. The show first premiered on 5 October in the year 2018 and has currently aired five seasons over the course of 40 episodes. Each season’s story takes place in two timelines and involves a mystery element that is revealed gradually as the series progresses. Elite explores the cliché plots and themes that are usually part of teen dramas but it also features more progressive issues.

In season one, we are introduced to Samuel, Nadia, and Christian, three students from middle-class families, who are offered scholarships to Las Encinas, after their own school collapses due to faulty construction. Las Encinas is the most elite and exclusive private school in Spain. Their scholarships are provided by the construction company that is at fault for the school’s collapse. The three students are shunned by the wealthy students upon their arrival at Las Encinas. As the academic year progresses, all their lives become entwined due to certain events. Through the use of flash-forward scenes, it is revealed that the police are interrogating the students of Las Encinas regarding the events that led to one of their classmate’s murders. The second season explores the disappearance of Samuel and the arrival of three new students, Valerio, Rebeka, and Cayetana, each of them hiding a dark secret of their own. Samuel plans to clear the name of his brother Nano, who was accused of killing Marina. Polo attempts suicide but is saved by Cayetana and Ander’s mental health is adversely affected due to hiding Polo’s secret. Carla is told that Samuel is dead, due to which she confesses Polo’s crimes. Polo is then arrested but released after two weeks and eventually returns to school.

The third season focuses on events leading up to Polo’s death. The students of Las Encinas are in their final year of school and on their graduation night, in a drunken state, Lu accidentally stabs Polo, who then stumbles and falls to his death. The fourth season focuses on the arrival of a new principal of Las Encinas and his kids. The school also has a new director, Benjamin Blanco, whose aim is to get Las Encinas back on track after the events of the past few years.

Elite was renewed for a sixth season in 2021, which is scheduled to premiere in 2023. However, the trailer for season six of Elite is not yet available since filming has not commenced. The trailer will most likely be released in the year 2023.

Where to Watch Elite Season 6?

All five seasons of Elite can be viewed online on Netflix.