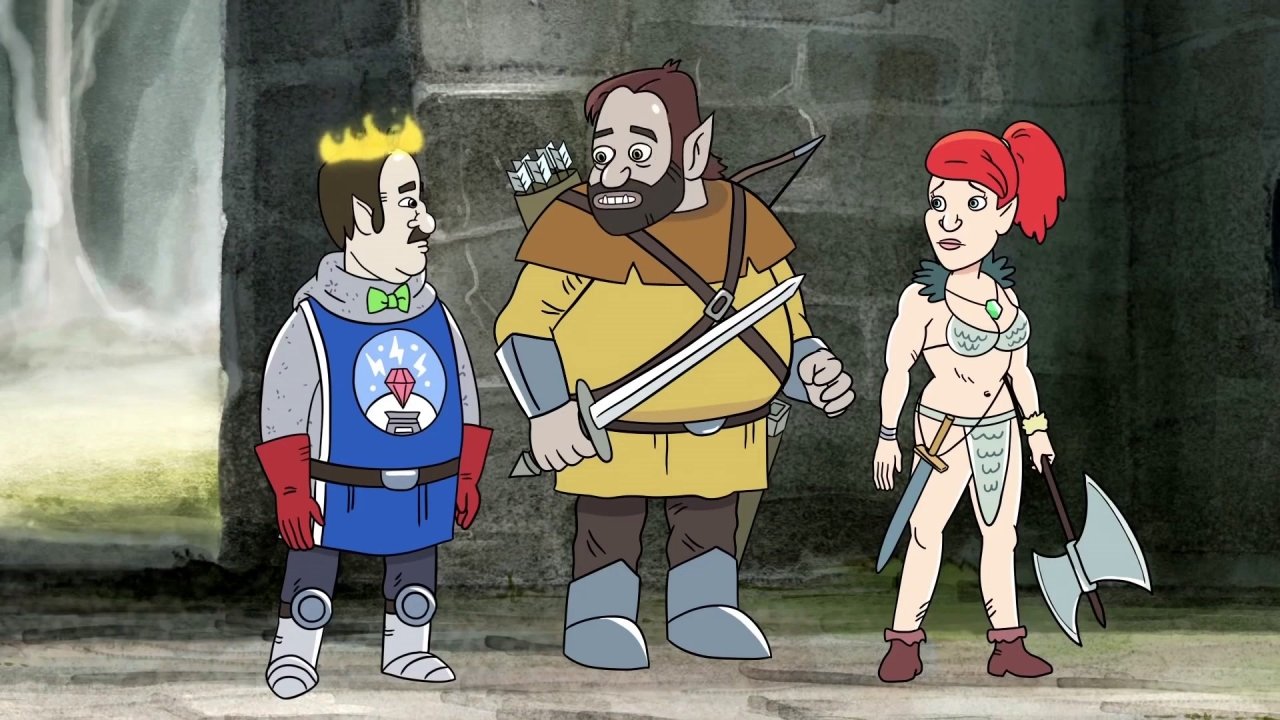 HarmonQuest is an adult animated web series of American origin. The series was created by Spencer Crittenden as well as Dan Harmon. The show consists of live-action as well as animated features. The series features the creator of the show Dan Harmon, along with comedians Jeff Davis and Erin McGathy alongside Spencer Crittenden who is cited as the creator of the show and is also a game master. A game master refers to someone who organizes the game and sets the rules for the game as well as acts as an arbitrator. These four cast members enact a fantasy roleplay situation for each episode, in front of a live audience and each episode also features a guest celebrity star.

The series HarmonQuest falls in the genre of live improvisation. The executive producers of HarmonQuest are Dan Harmon, Joe Russo II, Spencer Crittenden, and James A. Fino. The producer is David Ichioka. The music is provided by composer Ryan Elder. The series currently has 3 series consisting of 30 episodes total. Each episode has a duration of 25 minutes.

Season 1 of HarmonQuest was released on July 14, 2016. Season 2 was then released on September 15, 2017, with the series being renewed for a third season which aired on August 18, 2019, and came to an end on 18 October in the year 2019. The series is extremely popular among fans and critics and has received good reviews with a rating of 8.3 on IMDb. However, there has not been an official announcement for a possible season 4.

In season 1, Dan Harmon portrays Fondue Zoobag who is a ranger in the form of an orc, Jeff Davis portrays a goblin named Boneweevil. These two characters live on Earthscar where a ritual called “Demon Seal” is practiced. Erin McGathy’s character Beor O’Shift is an elf-woman who runs into a village asking for help when the cult people start chasing her. The party of three along with Teflonto (portrayed by Paul F. Tompkins), who is a champion of Earthscar and commander of the military, fight the cult. During the battle, a knight named Vortheon enters Earthscar and grabs the stone which protects the Demon Seal, which results in three evil abominations being unleashed. The cult warns Teflonto that they will collect all the three stones and thereby resurrect the Great Manticore in order to destroy the entire world. Vortheon then casts a black magic spell on Teflonto and his allies which results in Teflonto getting killed. Vortheon and his cult then flee Earthscar with the help of a portal. The chief of the village persuades the party to go to Freshport whose way is through the Stonesaw Mines, to warn the chief’s brother Dunnan of the threat that is facing the second stone.

Regular characters include Dan Harmon who portrays Fondue Zoobag from season 1 till season 3. He also portrays Limerick O’Shift, who is Beor’s brother, from season 3. Erin McGathy portrays Beor O’Shift who is an elf woman warrior and resembles Red Sonja. Jeff Davis portrays Boneweevil who is a goblin rogue. Lastly, Spencer Crittenden portrays Charles the Dragon, Game Master as well as other characters.

The season 4 trailer of HarmonQuest is not released since the series has not been renewed for a new season. However, the trailers for the first three seasons can be viewed on YouTube.

Where to Watch Harmonquest Season 4?

READ MORE | MIKE MAJLAK’S YOUTUBE EARNINGS: WHO IS HE?