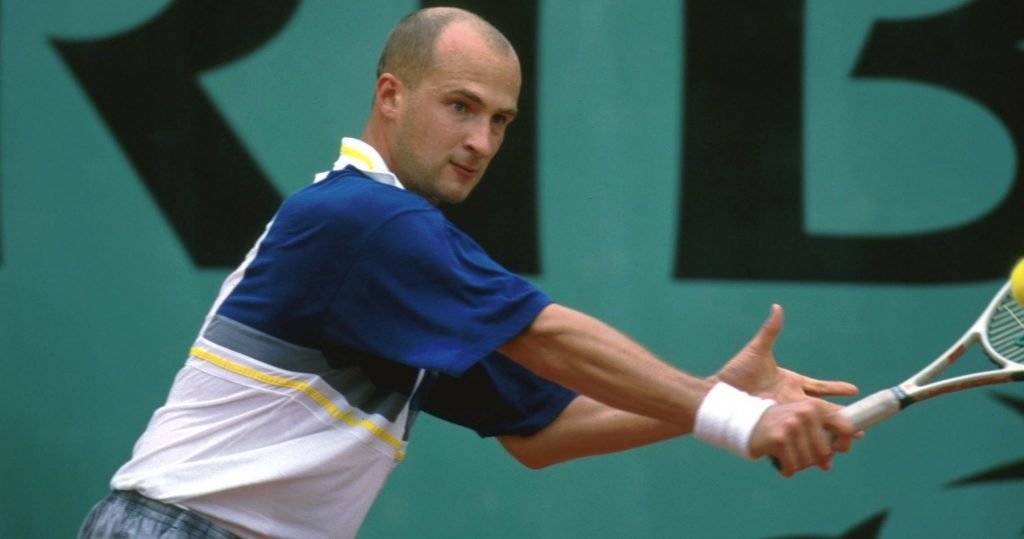 Daniil Sergeyevich Medvedev is a tennis player who plays professionally for Russia. He was born in Moscow on February 11, 1996, to Sergey Medvedev, his father, and Olga Medvedev, his mother. He has 2 older sisters named Julia who is 12 years his senior and Elena, who is 8 years older than him. Daniil’s father, Sergey, was a computer engineer who developed his own business of selling building materials from the mid 80’ to early 2010.

In 2005, when he was 9 years old, his mother saw an advertisement for tennis lessons at the same place where he was learning how to swim and both his parents encouraged him to enroll in the tennis lessons. His first tennis teacher at the time was Ekaterina Kryuchkova, who was a coach of professional tennis player Vera Zvonareva. Besides sports, he spent time learning how to play the harpsichord and guitar. His nickname is Bear because his last name originates from the Russian word “Medved” which means bear.

Medvedev initially studied physics and maths from a special school and graduated early. He then switched subjects and studied economics and commerce at the Moscow State Institute of International Relations but eventually dropped out of school to focus on tennis. However, he enrolled at the Russian State University of Physical Education, Sport, Youth, and Tourism where he received his diploma as a tennis coach. He then moved with his parents and sisters to Antibes, France where he was professionally coached at the tennis academy. Due to living overseas from a young age, Medvedev is multilingual and can speak English and French fluently, along with his native mother tongue, Russian.

Daniil Medvedev played his first junior match at the age of 13 in July 2009 in Estonia. He won his first junior title in December 2010. He then went on to win 6 junior titles between October 2012 and July 2013. He made his junior Grand Slam debut at the 2013 Junior Wimbledon.

Medvedev then joined the Association of Tennis Professionals (ATP) after ending his junior career and made his first ATP debut at the 2015 Kremlin Cup. He has won 13 ATP Tour singles titles, which include the 2020 ATP Finals and the 2021 US Open. In the 2020 ATP Finals, Medvedev became the first and only player to defeat the top three ranked players in the world which paved the way for him to participate in the year-end championship title. Moreover, in the 2021 US Open defeated the world no. 1 Novak Djokovic in the final thereby denying him the calender-year Grand Slam. His accomplishments also include being the runner-up at the 2019 US Open, 2021 Australian Open, and the 2022 Australian Open. Medvedev was also runner-up to Rafael Nadal at the 2022 Australian Open. He is right-handed and is known for his powerful serve and aggressive baseline play. He currently resides in Monte Carlo, Monaco.

Apart from his tennis career, Daniil Medvedev is also sponsored by various brands such as Lacoste (apparel and shoes), Tecnifibre (racquets), Bovet (watches), Tinkoff (banking and finance), Lotto (apparel and shoes), HyperX (gaming accessories) and BMW. He also enjoys playing chess and PlayStation and has competed in national competitions for video games. He is a fan of football and supports FC Bayern, a German professional sports club in Munich, Bavaria.

Medvedev married his girlfriend Daria Chernyshkova, in Moscow on 12 September 2018. Daria Chernyshkova is a Russian-born model and is a Moscow State University graduate where she studies journalism and is a former junior tennis player like her husband. Medvedev credits his marriage with Daria for his improved performance in tennis.