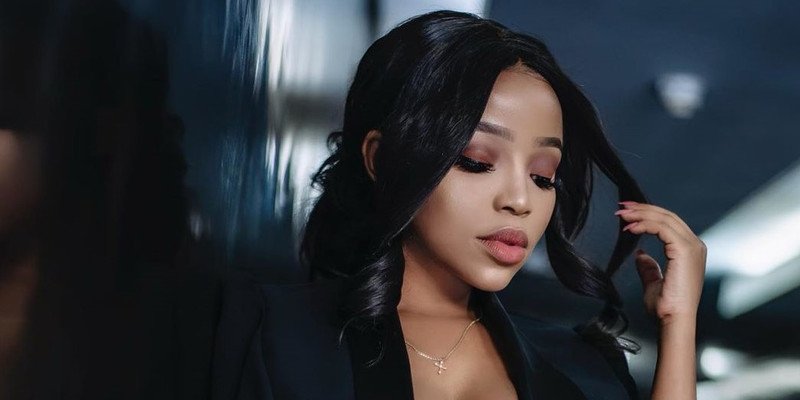 Faith Nketsi is a South African influencer, Model, Rapper, Entrepreneur, Host, Content Creator, and twerker. She is one of the most popular South African Influencers. Her full name is Mapholoso Faith Nketsi Njilo. She was born on December 30t,h 1994 in Johannesburg South Africa. Her parents include Linky Mamogale Modise and Mr. Nketsi. She has two brothers. She currently resides in Sandton South Africa. She holds multiracial ethnicity. Nketsi has an Instagram account with about 1.3 million followers. She is popular for her dance moves. Many people follow her on other media platforms like Twitter, F, and anfacebookok too. She is also known as Twerk Queen. She completed her primary and secondary education at a local school in her hometown. Then she did her graduatwitBachelorhelors of Arts Degree from The University Of South Africa.

Faith Nketsi married a wealthy Businessman Nzuzo Njilo on 10th April 2022. The couple has been together for a year and tied knots in a beautiful private ceremony. Nilo s born in 1993. H  Is a South African Businessman from Pietermaritzburg KwaZulu-Natal, South Africa. He graduated from Maritzburg Christian College. He has done Bbachelor’sDegree in Business Administration. His Parents are Thembekile Njilo and Themba Njilo. He has a brother Phumlani Njilo  and a sister Thobeka Thobcy Njilo. His father served as a Mayor of Msunduzi Municipality. His brother works as the Ceo of Induduzo Bespoke Funerals. Nuzzo is also involved in his father’s organization named Themba Njilo Foundation. In 1998 his dad founded Nduduzo Funeral Services in Edendale. The couple came into the spotlight when Nzuzo purchased a brand new Range Rover for Faith Nketsi. Nuzzo has a passion for cars. They both had been dating in private although they were seen attending events together. The news of their marriage was first posted on Instagram by Faith’s Bestie Kim Kholiwe which intrigued her fans. Faith’s friends kept the secret of her getting married and her followers didn’t even receive a hint. Faith Nketsi once accepted that she met her spouse Nzuzo through her best friend Kim Kholiwe who was friends with him. Faith shared pictures and videos from her exquisite private lavish wedding ceremony on Instagram leaving social media abuzz.

Faith Nketsi started her dance group at the young age of 17. She was the founder and lead choreographer. The name of the girl hip hop dance crew was “ Pro-Twerker. She worked alongside international musicians in visual production and performance.T the famous musicians including Kanye West and French Montana. She has also made an appearance in the music video of Cassper Nyovest’s single, ” Tito Mboweni”. Later in 2019 Nketsi started her music career as a Rapper. She worked with Dj Maphorisa who is a South African record producer, DJ, and vocalist. Nketsi’s first EP is Disrespectful which has a total of seven tracks produced by Blaqboy Mus ic. Nketsi started working as a host and model. She hosted various nightclubs which earned her good money and publicity. In 2018 she started mal diet and workout program and gathered a lot of recognition and attention from her followers. The name of the program ‘is Get Snatched’. It was launched on the 30th of July 2018. She started her own reality TV series HaveFaith which premiered on MTV Africa. She became the first woman to begin her show on the channel.

In an interview, she explained her excitement and nervousness to start her reality show. The show aired in 43 countries and two seasons. As an Entrepreneur, she Co-Founded her company Feline Management along with Tebow. This is her third company. The company focuses on the n empowerment of young women through social media nurturing their talented minds.  She also owns a Cosmetic company called Fe Beauty. She has been linked to many celebrities including Davido, Cardi B, and Offset. At the age of 1,9, she ventured into the beauty industry which led to the birth of La’s Queens. Tebogo Thobejane and Faith Nketsi opened their second salon and carwash Felinelooks after the success of their business and thus started venturing into other areas for business. Faith Nketsi’s calculated Net worth is between five million to ten million US Dollars.

READ MORE-Brian May Wife: When Did They Got Married?