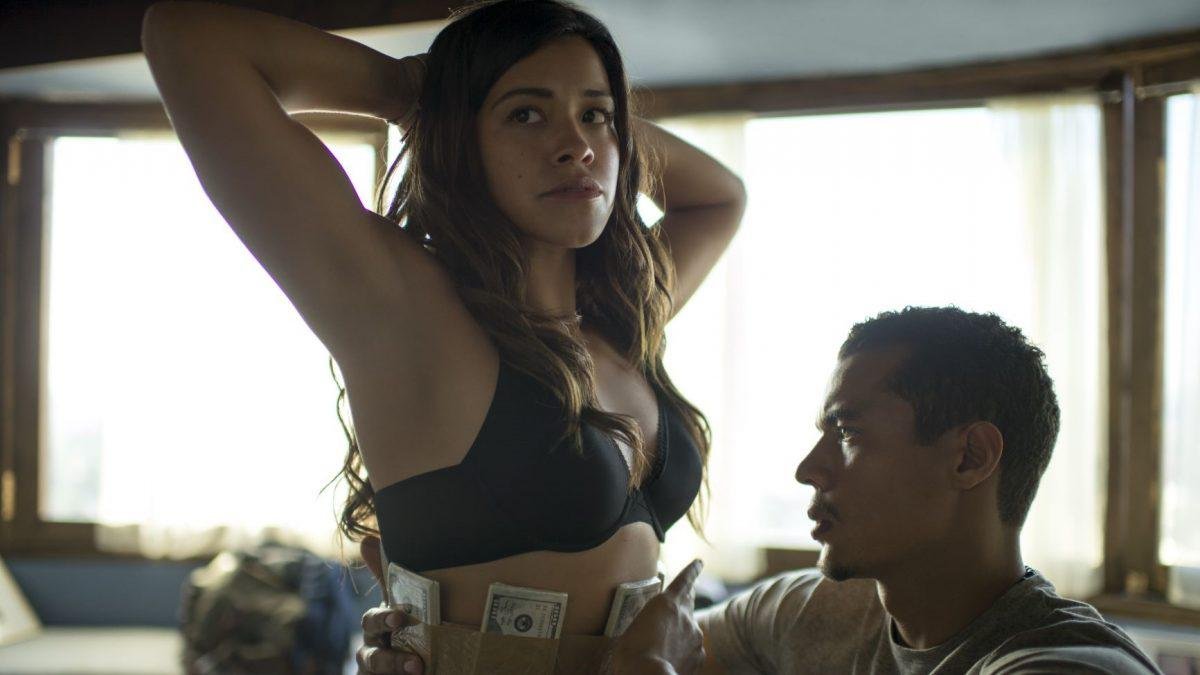 Is Miss Bala Based on a True Story?

Miss Bala is an action thriller film of American origin. The film is directed by Catherine Hardwicke and written by Gareth Dunnet Alcocer. The film is based on a Mexican film of the same name released in the year 2011. The film stars Gina Rodriguez, Anthony Mackie, and Ismael Cruz Cordova in the lead roles and depicts the story of a woman who trains in combat to defeat a Mexican drug cartel after they kidnap her friend. Miss Bala is produced by Pablo Cruz and Kevin Misher. The cinematography is done by Patrick Murcia and edited by Terilyn A. Shropshire. The music and soundtrack for the film are composed by Alex Heffes. The film is produced by Columbia Pictures, Misher Films, and Canana Films and is distributed by Sony Pictures Releasing. The film was released on 1 February in the year 2019 and had a budget of $15 million, earning $15.4 million at the box office.

Is Miss Bala Based on a True Story?

Miss Bala is based on a Mexican movie of the same name, that was released in the year 2011. The 2011 film received praise for its accurate and brutal portrayal of a beauty pageant contestant that is kidnapped and forced to perform favors for a drug cartel. Miss Bala is loosely based on an actual event wherein the 2008 winner of the Nuestra Belleza Mexico pageant was arrested by the police for illegal involvement with a drug cartel. In December 2008, a pageant beauty queen named Laura Zuniga and seven other men were taken into custody, after they were found by police in vehicles that contained a large number of weapons and cash. The group of eight were stopped by the police just outside Guadalajara and will face weapons and arms charges.

The movie’s protagonist, Gloria Fuentes is a Latina makeup artist who works in Los Angeles and is on vacation to meet her best friend named Suzu, who lives in Tijuana, located in Mexico. The two friends go to a nightclub, wherein Suzu tries to impress the police chief to increase her chances of winning the upcoming Miss Baja California beauty pageant. In the meantime, Gloria goes to the bathroom, when suddenly gunmen break into the nightclub and attempt to kidnap Gloria who manages to escape from them. In the chaos, Gloria and Suzu are separated. The next morning, Gloria tries to get in touch with Suzu but to no avail. She decides to get into the car of a police officer to find Suzu. Gloria tells the officer that she has information on the men who attacked the club last night. The officer agrees to take her to the police station to get a statement from her. Instead, he drives her to a remote area and abandons her, leaving Gloria to fend for herself. She is then kidnapped by members of the Los Estrella drug cartel, who were also responsible for the attack.

The kidnappers take her to their HQ, wherein the head of the cartel, Lino, offers Gloria help to find Suzu. He, however, says that Gloria is extremely useful due to their American citizenship and that she must do some favors for them if she wants help in finding Suzu. Gloria agrees and does the various tasks assigned to her. During one of her tasks, she is arrested by a DEA agent, Brian Reich, who turns her into an informant and plants a tracking chip in her phone to determine the whereabouts of the Los Estrellas cartel. Gloria returns to Suzu’s apartment and finds Lino there who gives her another job of driving to the city of San Diego with a car full of drugs and money. She informs Brian and he promises her that he will safely extract her from the situation. However, she realizes that Brian had no intention of helping her and as a result, she is caught in the middle of a gunfight. Lino comes to rescue her but is shot in the leg, and Gloria escapes with Lino in his car. She continues to do favors for Lino, who trains Gloria to use guns. Gloria eventually finds Suzu at Lino’s rival’s house and helps Suzu escape from there, wherein shortly after, the two friends are saved by the police. Gloria makes a deal with the police that she will work as an informant and help the police infiltrate the cartels, as long as they clear her and Suzu’s charges. Gloria then drives back Suzu to her safety, to her family.

Where to Watch Miss Bala?

Miss Bala can be viewed online on Amazon Prime and Netflix.