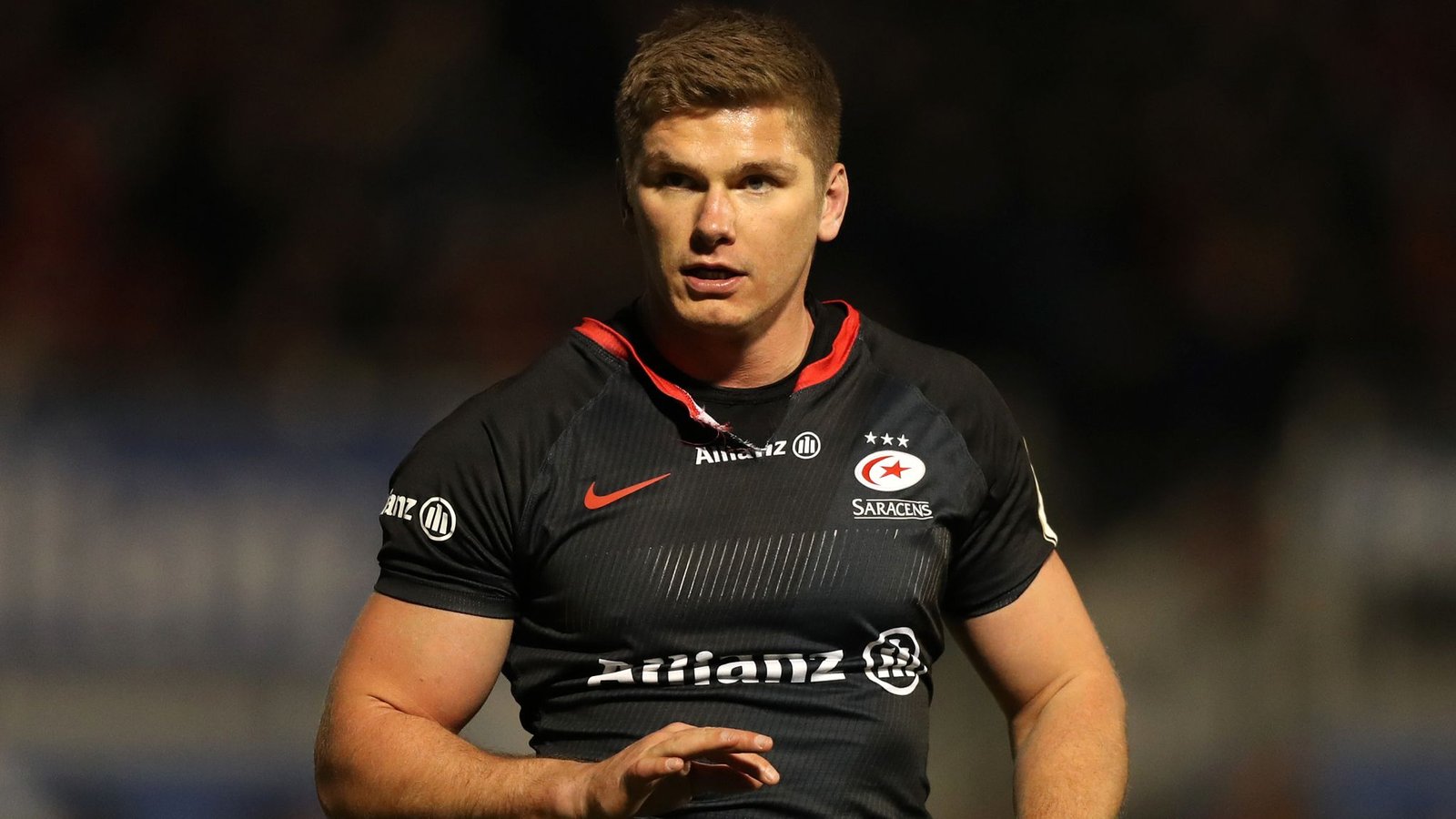 Owen Andrew Farrell is a professional rugby player of English nationality. He was born on 24 September 1991 in Billinge Higher End which is located in Wigan, England. He is 30 years old. Owen Farrell is the captain of the Gallagher Premiership team called Saracens. Along with this, he is also the captain of the England National Team. Owen Farrell has represented England in international rugby since the year 2012. Owen Farrell is the top point scorer in rugby test history. He has scored 1053 points in 98 test matches.

Owen Farrell was born on September 24, 1991, in Billinge Higher End which is located in Wigan, England. His father’s name is Andy Farrell and his mother’s name is Colleen Farrell. He has three siblings. His sister’s names are Elleshia and Gracie and his brother’s name is Gabriel.

Farrell started playing rugby at the young age of eight for the Wigan St Patrick’s. His father Andy, was also a professional rugby player who played rugby league and rugby union both, for England. Andy Farrell is currently the head coach for the rugby team of Ireland. So, when Owen was young, his father Andy, signed a contract with Saracens in 2005 which resulted in his family moving from Wigan to Harpenden which is located in Hertfordshire. It was here that Owen was first introduced to rugby union.

Owen Farrell is the youngest player ever to have appeared in the professional rugby union after making his debut for the Saracens club just a few days after he turned 17 years old. In the year 2010 to 2011, Farrell signed a contract with the Bedford Blues on Ioan though he returned to the Saracens club where he was instrumental in securing a win against Leicester Tigers.

In the 2014-2015 rugby season, Owen Farrell was awarded the man of the match title in the Premiership Final and led his team, Saracens to victory. In the next season, Farrell was awarded the Fans’ Player of the Season for Saracens and also won the 2016 European Rugby Champions Cup Final. In the same tournament, he won the Top Points Scorer award after having scored 129 points.

In May 2017, Farrell helped his team Saracens win the European Champions Cup for the second time after he scored three penalties and two conversions in the finals. This led him to be named European Player of the Year. In 2018, Owen Farrell won the Premiership title for the fourth time after securing a 27-10 victory over the opposite team, Exeter.

Farrell once again won the European Champions Cup for the third time in the year 2019. He scored 10 points in the final match against Leinster which was held at St James’ Park located in Newcastle. He then won the Premiership title for the fifth time.

Owen Farrell was first called up to play for the England Elite Player Squad after being selected by Stuart Lancaster for the 2012 Six Nations Championship, making Farrell the youngest player in the team.

Owen Farrell made his international debut against Scotland on 4 February 2012. He was nominated for the International Rugby Football Board (IRB) Player of the Year but lost to Dan Carter of New Zealand. Farrell was also selected to be part of the British and Irish Lions squad in the year 2013.

In 2015, Farrell helped England win its first World Cup match against France. In 2020, Farrell was captain of the England rugby team and led the team to victory in the 2020 Six Nations tournament.

READ MORE | WHAT IS THE ENGLISH ACTRESS KELLY REILLY NET WORTH?

Owen Farrell is considered to be one of the greatest rugby players in the history of England. He has been instrumental in many of his team’s wins and has had many awards bestowed upon him

As part of the British and Irish Lions, he won the 2013 test series and the 2017 test series was a draw.

READ MORE | WHO IS SYDNEY SWEENEY BOYFRIEND: EVERYTHING WE KNOW