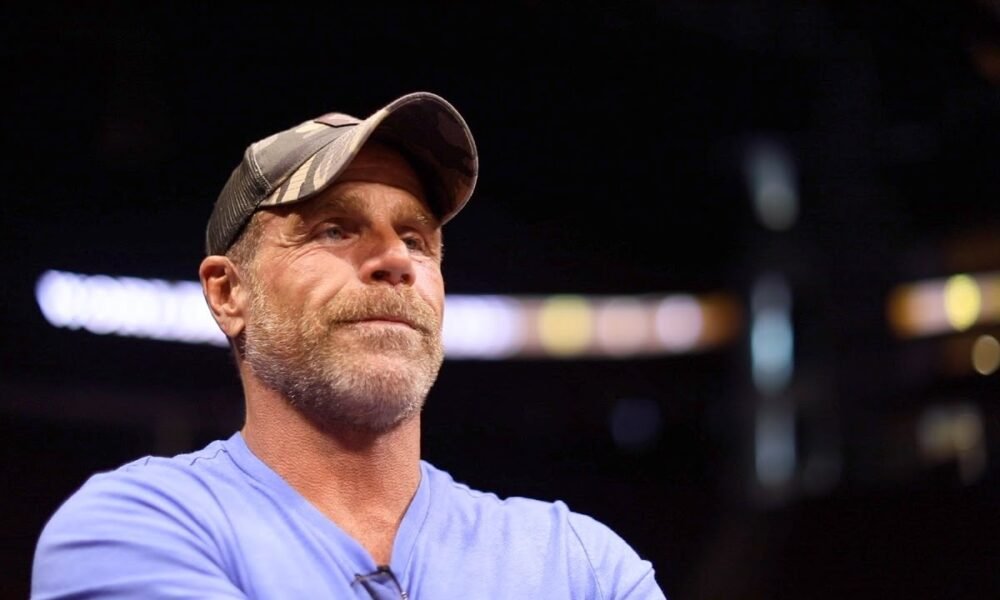 Is Shawn Michaels a Nice Guy?

Michael Shawn Hickenbottom more popularly known by his professional name Shawn Michaels is an American wrestler who played professionally but has since retired. He was born on 22 July 1965 in Chandler, Arizona in the United States of America. He is 56 years old, weighs 225 lbs or 102kgs, and has a height of 6ft 1in. He is known as the greatest wrestler of all time. He has many nicknames due to his fighting style and attitudes, such as Heartbreak Kid, Mr. Wrestlemania, and The Showstopper.

Shawn Michaels was born on 22 July 1965 in Chandler, Arizona in the United States. His father’s name is Richard Hickenbottom and his mother’s name is Carol Hickenbottom. Shawn Michaels is the youngest of four siblings. His siblings’ names are Randy, Shari, and Scott and they are all older than him. He was raised in an army family and he spent part of his childhood in Reading in Berkshire, England although he eventually grew up in San Antonio in Texas. The reason he is called Shawn is that as a child he hated his birth name Michael, so he told his friends and family to call him by his middle name Shawn instead.

Shawn Michaels knew that he wanted to become a professional wrestler at the young age of 12. Before he became a wrestler, he was an athlete who began his career at the age of 6 wherein he started playing football and eventually became a captain of his football team. He did his high school studies at Randolph High School and after that, he enrolled in the Southwest Texas State University which is located in San Marcos, Texas but he eventually dropped out since he thought that college life didn’t suit him.

Between 1984 and 1985, Shawn Michaels joined the National Wrestling Alliance’s (NWA) Mid-South Wrestling and he began to train under Jose Lothario who was a Mexican wrestler. He wrestled against Art Crews though he lost to him his performance impressed many professionals.

In January 1985, he made his debut at the World Class Championship Wrestling (WCCW) in Dallas located in Texas. In April of the same year, he went and joined Central States Wrestling in Kansas.

After leaving Kansas, he joined the Texas All-Star Wrestling in the year 1986 to 1986.

Shawn Michaels then joined and made his debut in the American Wrestling Association (AWA) at the young age of 20.

Shawn Michaels was then signed on to the World Wrestling Federation, commonly known as WWF, in 1987 where he stayed until 1992.

Michaels eventually returned to the Royal Rumble in the WWF which he ended up winning twice in a row for which he received a WWF Championship match.

Shawn Michaels’ accomplishments include being a four-time world champion, holding the WWE World Heavyweight Championship once and the WWF Championship 3 times. Furthermore, he was the first WWF Grand Slam Champion and a two-time winner of the Royal Rumble. He was also inducted into the WWE Hall of Fame in 2011 and 2019.

Shawn Michaels made his wrestling debut on 10 October 1984 and retired from wrestling once on 28 March in 2010 and then for the second and final time on 2 November in 2018.

As of 2022, Shawn Michaels’ net worth is $10 million which makes him one of the highest-paid professional wrestlers in the history of the WWE.

Along with wrestling, Shawn Michaels also hosts a TV show and has acted in numerous movies such as The Resurrection of Gavin Stone and 90 Feet from Home.

Is Shawn Michaels a Nice Guy?

Shawn Michaels is known as one of the greatest WWE wrestlers of all time. However, he doesn’t have a good reputation outside the wrestling ring. He was rude to a 10-year-old fan and charged him $10 to click a photo with him.

Once he visited a fast-food joint and the employees were star-struck and instead of giving them autographs or talking to them, he demanded that they gave him his food for free.

Additionally, he was disliked by the majority of his peers such as The Rock, Triple H, Dean Douglas, Tatanka, Carl Ouellet, and other rivals because he was constantly rude to them and constantly provoked them in and out of the ring.

Shawn Michaels is married twice and has 2 kids. He was first married to Theresa Wood in 1988 but got an amicable divorce in 1994.

He then got married for the second time to Rebecca Curci on 31 March 2000. The couple has one daughter, named Cheyenne who was born on August 19, 2004.