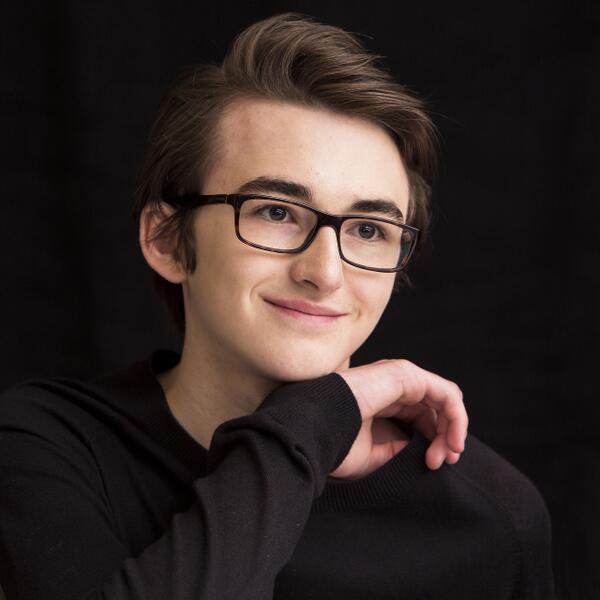 Isaac Hempstead Wright is an actor. He is famously recognized for his role as “Bran Stark,” between the years 2011–2019, in the HBO series “Game of Thrones” which gained him a nomination for the Young Artist Award for the category of “Best Young Supporting Actor in a TV Series.” He also voiced for the roll “Eggs” in the animated film “The Boxtrolls” in 2014.

The town called Surrey, in England, was where Isaac Hempstead Wright was born. His parents share the same profession as teachers, and his step-father operates a printing business. Queen Elizabeth Grammar School, Faversham, Kent, is where he went for his studies. Isaac was introduced to the realm of acting when he joined a drama club so that he can have reasons not to attend football sessions on cold Sunday mornings. He used to have no interest in acting but later, due to the developed interest, he went to acting at the Kent Youth Theatre in Canterbury.

The commencement of Hempstead Wright’s career was with the auditioning and acting in commercials.

Hempstead Wright broke a leg in the industry as he played the character of “Bran Stark” in the hit television series Game of Thrones, which was released in April 2011. He earned Screen Actors Guild Awards nominations for the category Outstanding Performance by a group of people in Drama Series at the 18th and 20th Screen Actors Guild Awards for his performance in the first four seasons. He was not assigned in the fifth season, however, he made a reappearance as part of the lead role in season 6. In the year 2019, the eighth and final season of the show was released, with Hempstead Wright being seen in the show, making him one of a few of Game of Thrones cast members who have lasted on the show over its nine years of making.

The horror film “The Awakening,” which was released in September 2011, was his debut movie playing the role of Tom Hill. Isaac also had a supporting role in the crime thriller “Closed Circuit,” in the year 2013. Additionally, he has also done a voice-over in the film, “The Boxtrolls,” an animated fantasy-comedy in 2014. Also in 2014, he was seen in the episode of the American show “Family Guy,” and the second part of the 2016 TV special “Revolting Rhymes.”

Isaac Hempstead has made his appearance in the Foals song “Exits” music video. It was under the direction of Albert Moya. It also stars French actress “Christa Théret” as students at a private fencing institute in a random series of interconnected stories of a surrealist nature. The video was shot in Budapest. Isaac worked in the feature film, “Blue Mauritius.” It was anticipated that the heist drama (Blue Mauritius) was to start filming in “Cape Town, South Africa,” in mid-2018 but has continued to be in pre-production. At present in 2021, he is still connected to the project. The film, Voyagers was produced in 2019 and was released in April 2021. In April 2019, it was proclaimed that Isaac Hempstead was connected to the expected sci-fi film Voyagers as part of an ensemble cast that includes Colin Farrell and Tye Sheridan.

Isaac Hempstead has a net worth of $4 million which is approximately 29 to 30 Crores according to INR rupees. Isaac joined a drama club to get out of playing football which led him to earn money of this huge amount.

In December 2019, Hempstead Wright, a secular philanthropist, became a supporter of the humanist charity Humanists in the UK.

Must Read – Find Out Sandrine Holt Net Worth As Of 2021