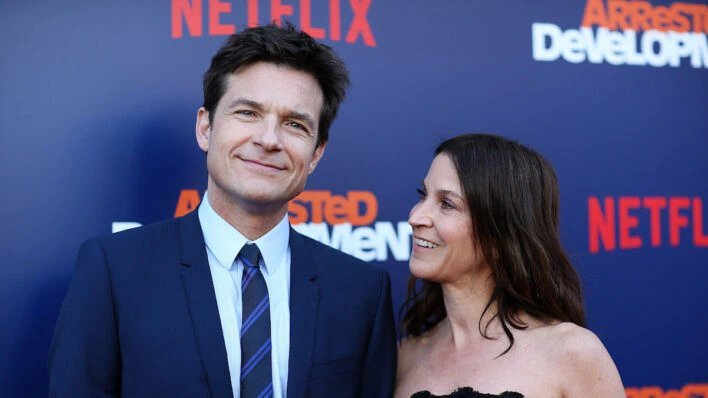 Jason Kent Bateman, the voice of Nick Wilde from Zootopia, is an American actor, director, and producer. The Arrested Development star began acting on television in the early 1980s. But only in the 2000s did he gain fame. He has acted in a wide spectrum of films and series throughout his career and has recently co-hosted a comedy podcast. Here we will be going to know more about Jason Bateman’s Wife, career, and life. Here’s what we know about Jason Bateman Wife and professional life.

The American actor was born on the 14th of January 1969 in Rye, New York, United States. His family moved to Salt Lake City, Utah, and later again moved to California. His mother, Victoria Elizabeth, was a flight attendant. And his father, Kent Bateman, is an American actor, writer, and director of film and television, and the founder of a repertory stage in Hollywood. Justine Bateman, the American actress, is his older sister.

In the mid of 2001, Jason Bateman got married to Amanda Anka. Their nuptials were held on the 3rd of July of 2001. The couple has two beautiful daughters.

Earlier, while talking to Wired Magazine, Jason Bateman revealed that he actually never finished high school. He said that he never received his diploma as he was too busy filming Teen Wolf Too to finish his finals.

It is known that throughout the 1990s, he has struggled with alcohol and drugs addiction.

Jason Bateman began his television career in the early 1980s with the character James Cooper in Little House on the Prairie. Before this, he once appeared in a cereal commercial for Golden Grahams. From 1982 to 1984, he appeared as a supporting character in Silver Spoons. In response to his popularity on the show, he was given a role on the NBC sitcom It’s Your Move.

In the mid-1980s he earned the status of teen idol for his notable work on The Hogan Family. He became the youngest director of Director’s Guild of America when he directed three episodes of the series.

Jason Bateman was cast in the comedy series Arrested Development in 2003. Although the show never achieved high viewer ratings, the show was critically acclaimed. He won many awards for his work in the series including a Golden Globe for Best Actor in a Television Series Musical or Comedy and was nominated for the Emmy Award for his performance. He even hosted Saturday Night Live in 2005.

Netflix sponsored the revival of Arrested Development and is now available to watch on Netflix. By the fourth season, Bateman was again nominated for Outstanding Actor in a Comedy Series.

In 2017, Jason Bateman returned to television with the Netflix series Ozark which earned him a Screen Actors Guild Award for outstanding performance by a male actor in a drama series.

In 2008, he starred alongside Will Smith and Charlize Theron in the superhero film Hancock.

In 2010, he appeared in a romantic comedy movie titled The Switch which also starred Jennifer Aniston.

Bateman made his feature film directorial debut with Bad Words in 2013. He famously voiced the con artist fox in Zootopia, Nick Wilde.

He produced and also starred in the action-comedy film Game Night in 2018. His performance in the film was critically acclaimed and received nominations for best performance by a comedic actor at the San Diego Film Critics Society Awards and also Critics’ Choice Awards.