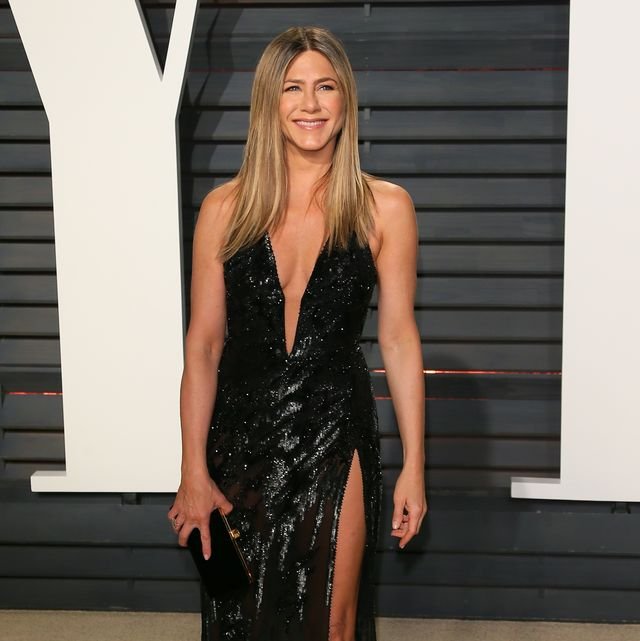 Jennifer Aniston is one popular actress who is known for her amazing roles and one of her most popular characters “Rachel” and she was recognized all over the world and still now she is the most popular actress that we have in the Hollywood industry. ‘friends’ is an American sitcom which became really popular in all over the world and especially in India it’s in the Top 10 list of Netflix and also Jennifer Aniston is best and the roles she has done in her career so far is just something that everyone loves. “Rachel” her character is still the most character in the world and everyone just loves her so much.

She started her career doing the small roles and after that, she became popular because of Friends the American sitcom which was released in the early 1990s and got the end in 2004. She is also a producer and has her own company and she started working at a very early that was in 1988 and worked in film mac and me. After that, she also did a horror-comedy movie in the year 1993 Leprechaun in which her role was quite good she performed very well in the film and was quite well known for her role.

Adam Sandler is also one of the popular actors in the Hollywood industry and is known for his amazing roles in the movie Jennifer Aniston and Adam has done two movies till now and soon they are going to be seen in the murder mystery sequel and they are very close friends and good actors in their respective career spaces. They firstly were seen in the movie called ‘Just Go With it’ and after that, they come together after a very long period in the 2019 year when they ‘Murder mystery’ first part which was very well recognized by the audience and they were appreciated for their work in the movie.

Recently there has been great news of them getting back together for the sequel of the film which will be released on Netflix according to media reports they were shooting for the sequel in Hawaii and they both were spotted on the set while shooting also furthermore, according to the reports of TV Line it is reported that the sequel will also consist of so many different international adventures which are full of intrigue and hijinks because the first movie was a big hit on the Netflix platform and got 30 million views in just three days and after that the film released in 2019 on Netflix and became hit on the OTT platform.

She was born in the year 1969 on February 11th in the Los Angeles in Sherman oaks which is the neighbor of Los Angeles California and now her age is 53. She grew up with her mother because their parents got divorced when she was just nine years old and her father was also an actor in the industry itself. She was firstly seen in the soap opera called Days of our lives which was aired on the NBC TV network and she did her high school of the performing arts in New York City and also spent many years acting in the off-Broadway productions. Her mother Nancy Dow also performs in several movies and TV shows where she performed exceptionally well and she followed her parent’s footsteps and entered the industry.

Jennifer Aniston spent her childhood in Eddystone, Pennsylvania house with her grandmother and after that, she has done her education in elementary school and then shifted to New York City. Her brother’s name is Alexander Aniston a stepbrother after her dad got married a second time. She started her acting career when she was in school and then she enrolled at the Fiorello H. LaGuardia High School of Music & Arts and performing arts and then she graduated from there and then she started getting into the TV soaps.

She started her career at a very young age and in the year 1988 she was working in Off-Broadway shows such as ‘For Dear Life’ and ‘Dancing on Checker’s Grave’ where she was not able to make money out of her career at the start of her career and that is why with acting she has to do different other part-time jobs to earn money and she has worked part-time as a telemarketer, waitress, and bike messenger where she makes some kind of money that can help her to make money. After that in the year 1989, she appeared in the show called “The Howard Stern Show” which was an American radio-TV show by Howard stern and she also worked as a model spokesperson for the Nutrisystem where she managed the deals of weight management and the same year she moved to Los Angeles.

Jennifer Aniston first was cast in the television serial called “Molloy” it was aired in the year 1990 and then she worked in a short television serial “Ferris Buller” and it was aired just after her first series which got over in August and in that month itself on 23rd august she came up with the next TV show on the NBC. In the year 1993, she made her debut in the films and did the first-ever horror comedy film of her life which was named “Leprechaun” and received some criticism and negative response the movie but she performed very well in the movie.

The biggest breakthrough of her life was when she came into the ‘Friends’ which was one of the greatest sitcoms in American history still, so many people watch it, and is on top of the list of the shows. The show aired in the year 199 on September 22nd and she played the part of Rachel Green in the show and got popular for her role in the show. It was a huge success for the show and her career also and helped her a lot in establishing her position in the industry.

After that, she has done so many movies which did good at the Box-office and sometimes not did do well but overall she has done so many films in her career and TV shows in life and now she is named one of the biggest stars in the Hollywood industry and also in the all over world she is famously known for her acting skills and personality. She is also a social activist and works for so many social organizations and also owned many of them.

Jennifer Aniston Relationship and Net Worth

Jennifer Aniston‘s overall net worth is around $300 million and also she has been included in the lists of the world’s most beautiful women. Her relationship is very well known for her relationships with many popular stars. Currently, she stated in an interview that she is ready to mingle again. After her separation in the year 2017 from her husband Justin Theroux after less than three years of her marriage they didn’t work out for the longest time and hence they got separated.

In the past history, she has dated so many popular faces such as Charlie Schlatter where they worked together on the TV shows but things didn’t work for both of them that’s why they choose their career as a first priority. Daniel McDonald had her very first serious relationship and they dated for five years after that, they got separated and he got married in the year 1999 to Mujah Maraini-Melehi and had had two kids but he died in 2007 due to brain cancer.

Jon Stewart, Adam Duritz, Tate Donovan, Brad Pitt are some of the popular names in the industry whom she dated and now she is single but she stated in the “The Morning Show” that she is ready to get mingle and doesn’t want any dating app for being in relationship and love can find its way. Also, she is focusing more on her career and not dating anyone currently according to the reports.

She started her career at a very young age and faced a lot of difficulties in her career and personal life. Her parents got separated when she was nine years old and after that, she lived with her mother and followed in her footsteps, and entered the industry. She did her elementary schooling and then got graduated in New York City in performing arts. Also, she dated so many men in her life, and also she got married in 2015 to Justin but that didn’t go well and they both get separated. She also worked as a philanthropist and did so much social work for the organizations. Currently, she working on her upcoming projects and focusing more on her career, and currently she is living in America.