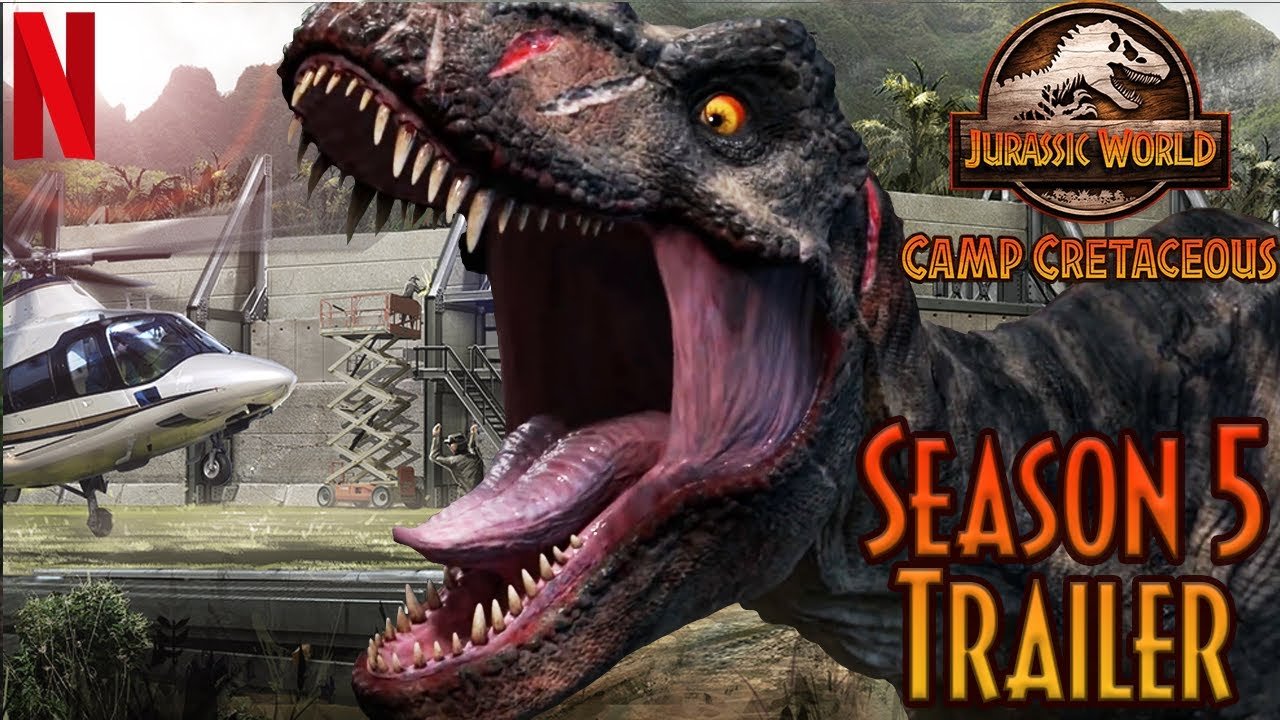 Netflix has officially announced season 5 of Jurassic world camp Cretaceous. Here is all the information that you need to know about the upcoming season of Jurassic world and what you will see in season 5. Let’s find out more about season 5.

Netflix has officially announced the release date of season 5 of the Jurassic world. Season 5 is coming on July 21 2022 and the trailer for season 5 is out! For the Die Hard Jurassic Park fans the trailer for the show has some content and some Spooky Dinosaurs presence. Recently Netflix has officially confirmed that the series will be back in July and this will be the show’s Final Season.

The fans of the show have one question: will all the 6 teenagers make it to the island or not? The fourth season of the show was released on 31st December 2021 and now we are getting season 5 and only 2022. The trailer for the show is filled with adventure and some thriller drama so we hope that the creators of the show had put the best and the season 5 as it is a Final Season of the show.

Here is the list of all the cast members that you have seen in the Jurassic world and if you haven’t seen the show you will see this cast member till season 4th:

These are the six teenagers that you will see in the show and the main character of all the Seasons.

In all seasons we have seen the teenagers trying to run away from the island but somehow they end up on the island only. In the trailer of season 5, it set that the park has closed the kingdom Has Fallen and the weight is over this for the tagline of the show in season 5 there will be more adventure and more drama because it’s a Final Season.

In this season the camp which is the camp of all the 6 teenagers will be challenged and in a way that they have never been, they will face new adventures and threats, and Dinosaurs. The creators of the show have said that in this season you will see that many relationships will be tested and many bonds will be broken and things will be changed. You will see dinosaurs (well that’s why we are watching the show). And the heroes of the show will struggle and overcome all the problems with their survival instincts and the danger will be higher this time.

All the Seasons of the show are available on Netflix and you can binge-watch it there. There are 8 episodes in season 4 and each episode is 24 minutes long. The last episode of season 4 which is episode 8 is called End of the line. The show has 7.5 IMDB reviews and 88% on Rotten Tomatoes. 92% of Google users like the show. Jurassic world is filled with Sci-Fi adventure and action drama and the show is critically acclaimed and the audience loves the show. The show is very kid-friendly and you can also watch it with your family and can have an amazing time together. The animation of the show is great and according to the fans, the show is worth watching with your friends, family, and kids. And if you are a fan of the Jurassic worlds itself like the movies and the other shows this is something that you will love.

The trailer for all the past seasons is available on YouTube and the trailer for season 5 is also now on Netflix and YouTube. So, if you are still in doubt about whether you should watch The Adventure thriller show or not you can go ahead and watch the trailer first, and then if you like the trailer you can watch the show on Netflix. Do let us know in the comment section what you think about the animated Jurassic world and what is the best in the worst about the show.