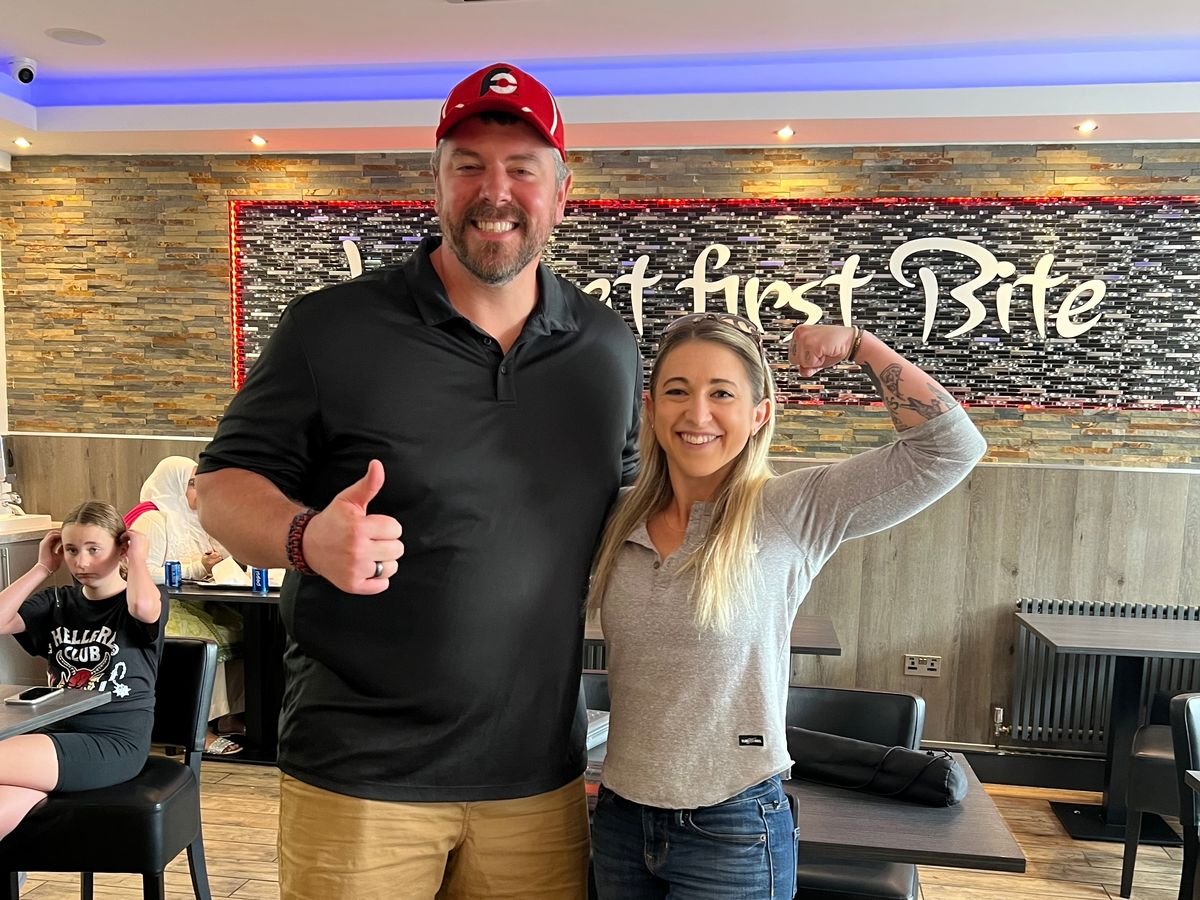 Have you heard of competitive eating? Well, if you haven’t, then do check out Katina Dejarnett’s YouTube channel Katina Eats Kilos. She has gained a lot of followers and has a huge fan following. Katina posts a variety of videos that include eating some very tasty food, traveling, and some super cute videos with her boyfriend. Katina has become a youth influencer and motivational speaker too. And in today’s article, we will be talking about Katina in detail. We will also take a look at her age, career, and personal life.

The famous YouTuber and social media star Katina Dejarnett has gained a lot of popularity recently. Katina is better known by her YouTube channel name Katina Eats Kilos. She has become a big influencer on social media and has gained a lot of popularity through her YouTube channel and through competitive eating. So what is her age? Katina is pretty young. She has been very interested in eating competitively since a very young age. However, she did not take part in eating competitions for a long time in her youth. After graduating from Gonzaga University in Spokane, Katina went on to join the United States Air Force and Washington Air National Guard until March 2022 for seven years. After this, Katina slowly entered the world of competitive eating and weight gaining. Katina was born in 1991. So as of 2022, her age would be thirty-one years. Let’s take a more detailed look at Katina’s career and personal life.

Since childhood, Katina loved having food and was very interested in the show Man vs Food. After serving in the Air Force, Katina took an interest in food and weightlifting. Lifting weights also got her interested in bodybuilding. Katina also participated in the NPC contest. Following this, in 2019, she also participated in the Empire Classic Bodybuilding show, where she stood fifth. While bodybuilding, Katina had to go on diets that she disliked very much. So she started watching cheat day videos on YouTube and got hooked on the competitive eating videos. Katina stepped into the world of competitive eating merely as an accident.

She had participated in an XXXL Challenge in a Fatburger restaurant just for fun. But without any prior training and practice, she won the competition. This boosted her confidence very much, and she knew that competitive eating was the best career choice for her. Katina wanted to do this and had finally found her passion. Thus she launched her YouTube channel Katina Eats Kilos with just a Sony a5100.
Even though the start of her career was just a hobby, later on, Katina would do this professionally and gain a lot of followers on her YouTube channel.

Currently, she posts a lot of different types of content on her channel, including food blogs, eating videos, and lifestyle-related videos. Her channel inspires a lot of people to eat to their heart’s content yet maintain a healthy lifestyle. Her fans are also inspired by her journey as an Airforce officer and then finding her call as a competitive eater and social media influencer.

Undoubtedly, Katina Dejarnett has become a successful YouTuber and competitive eater. This thirty-one-year-old has gained a lot of recognition and fans in her professional life. But is she seeing someone currently? Or has she married already? Well, first off, Katina is not married yet. However, she is definitely dating someone. She is involved romantically with fellow competitive eater Randy Santel. The start of their relationship is very interesting.

Randel had texted Katina on social media, particularly on Facebook, asking her to participate in a team pizza-eating challenge along with him in Alaska. With this challenge, a relationship blossomed between them. Their friendship turned into love. Randy and Katina would take part in a lot of eating competitions after the first one. Randy has also been seen in a lot of videos on Katina’s channel.

Currently, the couple is very happy and is living together. They are very private about their love life. However, Randy has shared on more than one instance that he really loves Katina. In several interviews, Randy has also expressed how lucky he is to have found Katina. The couple is very much in love and is enjoying each other’s company very much. Katina is very close to her family and friends, and everyone describes her as very outgoing and friendly.