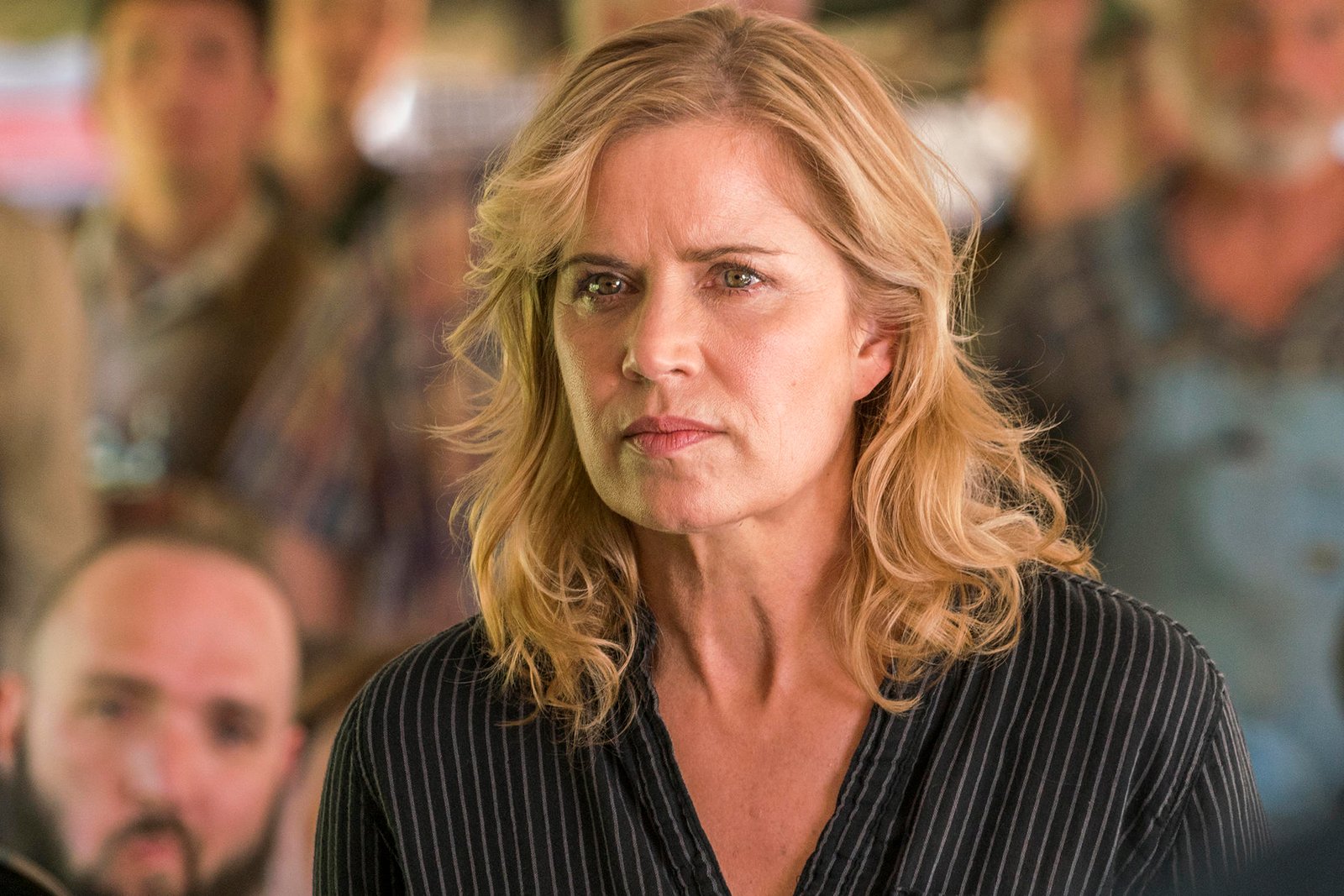 Kim Dickens, famous for playing roles in movies like Mercury Rising, Great Expectations, The Blind Side, Gone Girl, and Hollow Man, is an American actress. She is also famous for portraying characters in television series like House of Cards, Deadwood, and the famous horror series Fear the Walking Dead.

Kim’s full name is Kimberly Jan Dickens. She was born on the 18th of June in the year 1965. Her place of birth is Huntsville, Alabama, United States. Her parent’s name is Justin Dickens and Pam Howell. Her father is a country-western singer. She attended Lee High School situated in Alabama. She then got enrolled in the Vanderbilt University in Nashville, Tennessee, and graduated with a degree of Bachelor of Arts in Communications.

As she wanted to pursue a career in acting, she moved to New York and enrolled in Lee Strasberg Theatre and Film Institute, and also attended the American Academy of Dramatic Arts. While studying, she had to work as a waitress in order to make the ends meet.

According to the latest data gathered, it has been confirmed that the net worth of the 56-year-old actress, Kim Dickens, is approximately somewhere between $2 million to $3 million. It does not come as a shocker at all as she has been working in the industry for more than two decades now. And she has played some really notable roles throughout her career.

Kim made her stage debut with Sexual Perversity in Chicago, in a student production at Vanderbilt University. In 1995, with Alan Taylor’s comedy film titled Palookaville, Kim made her professional screen debut. She then played supporting roles in television films like Voice From The Grave and Two Mothers For Zachary. From 1997, she got back to playing leading roles in like Truth Or Consequences ( 1997 ), Great expectations ( 1998 ) which was a film adaptation of the novel by Charles Dickens, Zero Effect ( 1998 ), Mercury Rising ( 1998 ), and the comedy film The White River Kid ( 1999 ).

Begining from 2000, Kim co-starred in films like Committed, Hollow Man, and The Gift alongside notable actors in the industry. In 2001, she played the lead in the film Things Behind The Sun and her performance earned her a nomination for Independent Spirit Award for Best Female Lead and also critical acclaim. Later in 2003, she starred in the miniseries Out of Order. From 2004 to 2006, she starred in the HBO series Deadwood and in 2007 got nominated for Screen Actors Guild Award.

Starting from the early 2000s, Kim has regularly appeared in series such as 12 Miles Of Bad Road, Lost, Friday Night Lights, House of Sand and Fog, Thank You For Smoking, Red, The Blind Side, and Wild Tigers I Have Known. Kim became a regular cast in the HBO ensemble drama series Treme from 2010 to 2013. She played the role of Chef Janette Desautel. She found recurring roles in the FX crime drama Sons of Anarchy as Colette Jane ( from 2013 to 2014 ) and the Netflix political drama House of Cards ( 2015 ).

She co-starred in films like At Any Price, Footloose, and Miss Peregrine’s Home for Peculiar Children. In 2014, she bagged a major supporting role in the psychological thriller film Gone Girl. Here, she played the character of Detective Rhonda Boney. In the mid of 2015, Kim Dickens was cast in the series Fear The Walking Dead. The show was aired on AMC and it was a companion series of The Walking Dead. She portrayed the character of Madison Clark, however, she left the series in 2018.