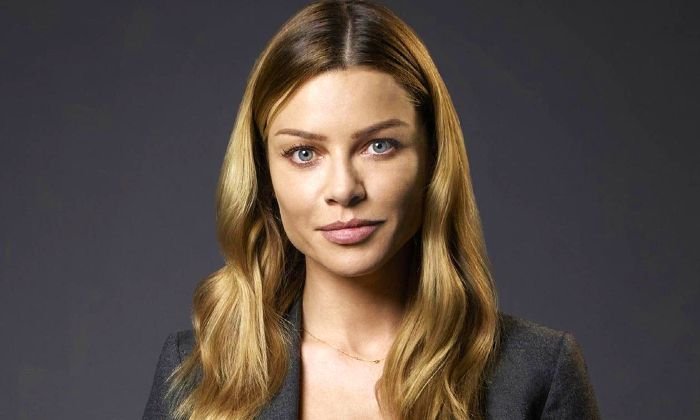 Lauren Christine German, best known for her role in the 2002 teen romantic drama film A Walk To Remember and the 2003 remake of the 1974 horror film The Texas Chainsaw Massacre is an American actress. While A Walk to Remember landed her with her first major role, she shot to fame with her roles in Hostel: Part II (2007), as DHS agent Lori Weston in the second season of the popular CBS police drama Hawaii Five-0 (from 2011 to 2012) and also as Leslie Shay in the famous action drama Chicago Fire by NBC (from 2012 to 2015). She began engaging more audiences when she started appearing as detective Chloe Decker in the 2016 American fantasy comedy-drama Lucifer.

Lauren Christine German was born on the 29th of November 1978. Her birthplace is Huntington Beach, California, US. She interestingly has a little bit of Dutch heritage as her paternal grandfather, James German, was Dutch. He immigrated from Amsterdam to the United States in the early 1900s with his family as a child. The rest of her ancestry is English.

She went to Los Alamitos High School and later also attended Orange County High School of the Arts. She took up Anthropology when she got enrolled at the University of Southern California.

It is surely not surprising at all to know that the 43-year-old Hawaii Five-O star has a whooping net worth of $4 Million. She has amassed great wealth throughout her career starting since the early 2000s with major roles in movies as well as series such as A Walk to Remember, The Texas Chainsaw Massacre, Hostel: Part II, Sex, Love & Secrets, Hawaii Five-O, Chicago Fire, and Lucifer.

Additionally, there were reports that she dated actor Tom Ellis, although these were unfounded. She has never been married, never had children, and is now single. Lesley-Ann Brandt, a famous actress, is one of her closest friends.

The stunning actress has been active in the film industry since 2000 and continues to win the hearts of the audience with her great performances. She has successfully presented a wide spectrum of genres and characters throughout the twenty years that she has been active. The actress performed for the very first time on the stage in Peter Pan And Oliver. She made her debut playing the role of a lovestruck woman in the 2000 romantic comedy feature film Down to You.

In 2002, she then appeared in the film adaptation of Nicholas Sparks’ 1999 novel: A Walk to Remember where she portrayed Belinda (main character). Lauren German then played many bigger and smaller roles in crime/horror Dead Above Ground, a drama called A Midsummer Night’s Rave, and also The Lone Ranger.

In 2003, she auditioned to try bagging a role in the remake of the classic 1974 horror film The Texas Chainsaw Massacre but instead bagged the role of the hitchhiker. She has also played a role in the Surrender, Dorothy (2006), Memphis Beat (2011), and a romantic comedy movie called Standing Still. Lauren has also starred in the musical drama What We Do Is Secret where she co-starred again with Shane West who was also her co-star in A Walk to Remember.

She was a part of the French apocalypse thriller The Divide. Lauren German participated in the second season of the CBS police drama Hawaii Five-O as DHS agent Lori Weston from 2011 to 2012. She then portrayed the role of a hardworking paramedic, Leslie Shay, in the NBC drama Chicago Fire from 2012 to 2014.

In 2013, she made it to the cover of TV Guide Magazine with her fellow co-stars of Chicago Fire.

In 2016, she made it to the main cast of Lucifer where she played the role of an LAPD homicide detective, Chloe Decker.

1. How much is Lauren German Net Worth?

It is surely not surprising at all to know that the 43-year-old Hawaii Five-O star has a whooping net worth of $4 Million.

2. When was Lauren German born?

Lauren Christine German was born on the 29th of November 1978.

3. When did Lauren start acting?

The stunning actress has been active in the film industry since 2000 and continues to win the hearts of the audience with her great performances.

4. Did Lauren appear in Lucifer?

Yes, in 2016, she made it to the main cast of Lucifer where she played the role of an LAPD homicide detective, Chloe Decker.

5. Does Lauren German have kids?

She has no children and most of her private life is under the curtains.

6. What are the famous movies of Lauren German?