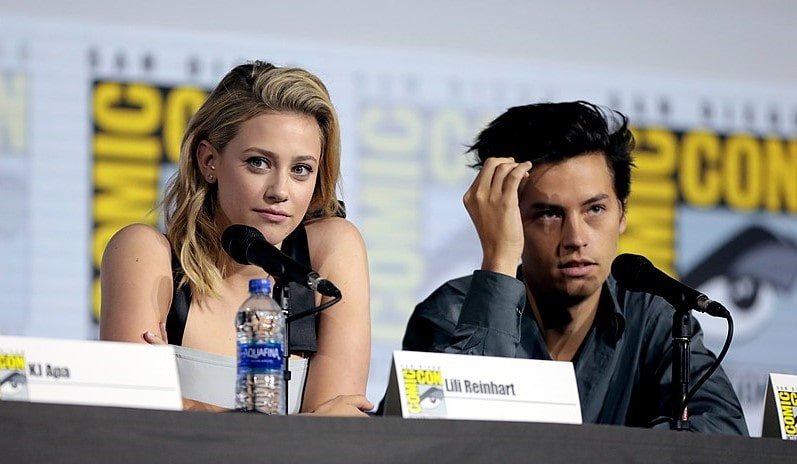 Lili Reinheart of Riverdale fame is an American actress. Though she had been acting long before that, she only shot to fame with her role in Riverdale. Since then she has appeared in several series and films. Here in this article, you will all get to know about your favorite star, Lili Reinheart Boyfriend 2021.

Lili’s full mane is Lili Pauline Reinheart. She was born on the 13th of September 1996. Her birthplace is Cleaveland, Ohio, United States. But she was brought up in the nearby town named Bay Village. Interestingly, she is of German and French descent. She has also once stated that her surname is of German origin. Her interest in acting, singing, and dancing began at the young age of ten. When she was eighteen years old, she moved to Los Angeles in order to pursue a career in acting. But she was on the verge of giving up in just five months.

Lili Reinheart has revealed that she was diagnosed with depression at the age of fourteen. She suffers from anxiety as well as body dysmorphia.

She practices meditation on a regular basis and is currently training to become a reiki healer.

Lili Reinheart shocked the internet when she came out as bisexual in June 2020.

Lili started her acting career in 2010 by starring in the pilot of Scientistic!. She guest-starred on the television series Law & Order: Special Victims Unit in 2011.

In 2016, Lili Reinheart was made a part of the Riverdale cast. She portrayed the character of Betty Cooper in the CW teen drama television series. The series is based on the famous Archie Comics. The entire series takes place in the fictional town of Riverdale and hence the name. The series premiered in 2017 and has been renewed for a sixth season in 2021.

In 2017, Lili Reinheart was cast in the film Galveston. The movie is based on the 2010 novel by Nic Pizzolatto of the same name. The movie received mixed reactions from the audience and grossed only $190,320 at the box office. The film was premiered in 2018 at South by Southwest.

In 2019, Lili was cast as Annabelle in the movie Hustlers where she played the character of a former stripper who joins Ramona and her crew in drugging and robbing their Wall Street clientele. Hustlers premiered at the Toronto International Film Festival in 2019 and got theatrically released a week later in the United States. The film received good critical reviews and made a total of $157.6 million at the box office.

Later in the same year, Lili appeared in the mid-credits scene of Elizabeth Banks’ Charlie’s Angels.

In the mid of 2019, Lili Reinheart was cast as the female lead in the Romantic drama film Chemical Hearts. The Amazon Studio’s film is based on the 2016 novel Our Chemical Hearts written by Krystal Sutherland. In the movie, Reinheart plays a physically disabled high school senior. Additionally, Chemical Hearts marked Reinheart’s first executive producer credit.

In early 2021, it was announced that Reinheart would star in Plus/Minus where she will play the role of Natalie who is a college student and whose life diverges into two parallel realities. Additionally, this movie will be her second executive producer credit.

The Riverdale costars, Lili Reinheart and Cole Sprouse were first linked in mid-2017 after the show premiered and became a huge hit among the teenage audience. Fans were over the moon when they found out that “Betty and Jughead” were dating in real life.

However, after dating on and off for more than two years, the lovebirds called it quits in 2020. Sprouse explained to the fans on his Instagram that they have decided to permanently split.

As of 2021, Lili Reinheart is single and not dating anyone.