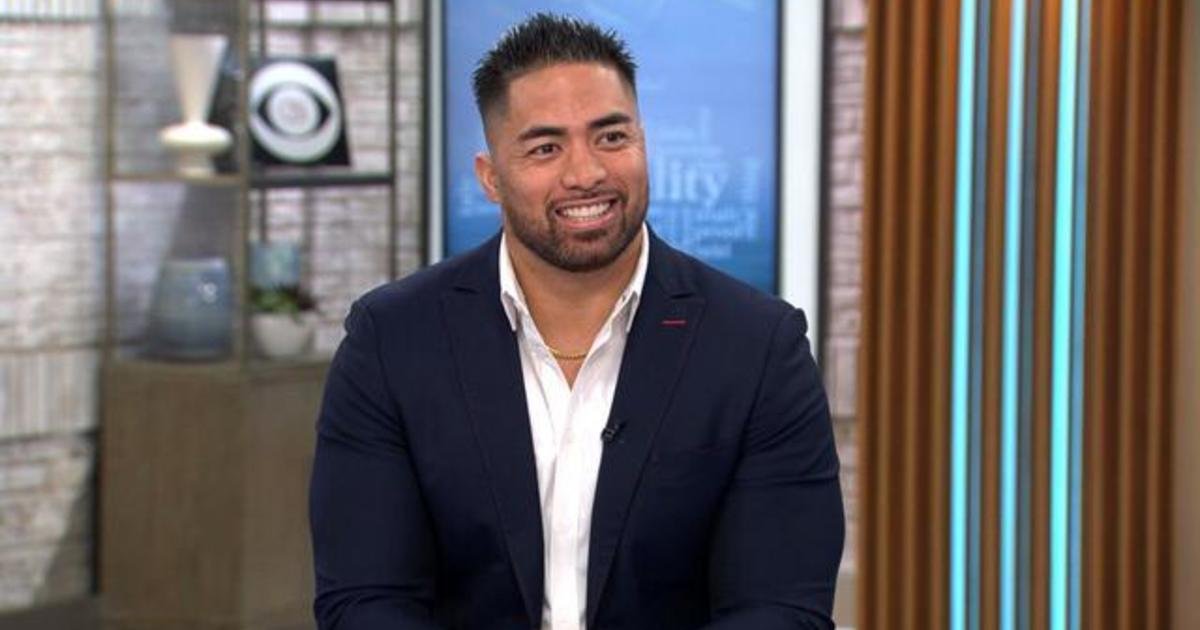 In his NFL career, Manti Te’o has made a total of 307 tackles. He has also received numerous awards throughout his career. Some of them include the Maxwell Award, Lott Trophy, Chuck Bednarik Award, Walter Camp Award, Bronko Nagurski Trophy, and the Butkus Award. Recently he made the news due to the Netflix documentary that has been released based on a catfish incident faced by him. Manti Te’o has had an excellent football career starting right from high school. So let’s take a look at Manti Te’o’s net worth. We will also talk about his career, early life, and personal life in detail in today’s article.

One of the leading names in American football, Manti Te’o has been in the news due to the Netflix documentary that has been released recently. He has been playing football since his high school days. Throughout his NFL career, Te’o has earned a total of $10.4 million. Specifically in the 2018 season, when Te’o played for the New Orleans Saints, he earned $1.7 million. This is by far the highest he has made in his NFL career. Keeping all of that in mind, we can make an estimate of his net worth. As of 2022, Manti Te’o net worth is $3.5 million. His extensive NFL career is the biggest source behind his net worth.

Read Also: HOW MUCH IS RYAN DESTINY’S NET WORTH?

Te’o started his football career back in high school. He played for a private co-ed school in Honolulu, called Punahou School. As a junior in 2007, he was named the state defensive player of the year by the Honolulu Advertiser. Not only that, but he was also the Gatorade state player of the year. After Te’o led Punahou high to its first state championship, he got offers from over 30 colleges.

His extraordinary skills also led him to win the prestigious inaugural Butkus Award at the high school level as the best prep linebacker in the United States. In 2008, he was also named the 2008 Sporting News High School Athlete of the Year. Te’o was also named the national Defensive Player of the Year by USA Today. In 2010, the Honolulu Advertiser named Manti Te’o as the Hawaii State Defensive Player of the Decade. After completing high school, Manti joined the University of Notre Dame and played for the Notre Dame Fighting Irish football team from 2009 to 2012. During this time, Te’o had a total of 437 tackles.

Then began his professional career when he became a late first-round pick for the 2012 NFL Draft. This made him the second from Notre Dame after Bob Crable in 1982. In the 2013 NFL season, Te’o got selected by the San Diego Chargers. After this in the 2017 season, he played for the New Orleans Saints. Finally, in the 2020 season, Te’o signed with the Chicago Bears.

Born on January 26, 1991, Te’o hails from Laie, Hawaii. Manti has got quite a big family. His parents are Brian and Ottilia Te’o and he also has five siblings: BrieAnne, Tiare, Eden and Maya, and Manasseh. Te’o started playing during high school but also maintained a good grade-point average throughout. He had a GPA of 3.5 and also volunteered with the Shriners Hospital, Head Start preschool program, Hawai’i Food Bank, and Special Olympics. Undoubtedly, Te’o maintained an outstanding profile when it came to studies and also took part in social events. He also became an Eagle Scout in November 2008. Manti Te’o has been a practitioner Christian and an active member of The Church of Jesus Christ of Latter-day Saints.

When it comes to his personal life, he has suffered a big embarrassment and scam. You may have seen the recent Netflix documentary Untold: The Girlfriend Who Didn’t Exist. This is based on a true story of his life. Manti’s ex-girlfriend Lennay Kekua had died of leukemia and the two never got a chance to meet over the span of their relationship. However, later on, it was discovered that Lennay did not exist and Manti was catfished by a man named Tuiasosopo. To cope with gender dysphoria, Tuiasosopo created a fake profile and catfished Te’o as his online girlfriend. However, Manti overcame this period and is now happily married. Currently, he is 31-year-old and is married to fitness enthusiast Jovi Nicole. Nicole and Te’o have been happily married and have a daughter named Hiromi.

Read Also: DO YOU KNOW WHAT IS MEGAN HILTY NET WORTH?

In this article:Manti Te'o, Manti Te'o Net Worth