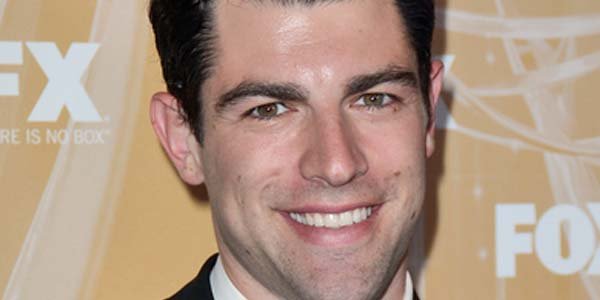 Max Greenfield is an actor and comedian of American nationality. He was born on 4 September in the year 1979 in Dobbs Ferry, located in the state of New York, United States of America ( USA ). Max Greenfield is 42 years old. He is best known for his role as Schmidt, a ladies’ man, in the Fox sitcom show New Girl. He is also known for his roles on shows like Ugly Betty, Veronica Mars, Modern Men, The Neighborhood, Bob’s Burgers, BoJack Horseman and Robot Chicken.

Max Greenfield was born on 4 September in the year 1979 to a Jewish family. He is currently 42 years old. Max Greenfield was born in Dobbs Ferry, located in the state of New York, United States of America ( USA ). Greenfield still practices Judaism and as a young boy he had a Saturday Night Live themed Bar Mitzvah. A Bar Mitzvah is a “coming-of-age” tradition that is practiced by Jewish people. Max Greenfield enrolled at the Dobbs Ferry High School and graduated in the year 1998. At the Dobbs Ferry High School, he was part of the school football team and held the position of wide receiver.

READ MORE | JON B WIFE, CAREER, AND NET WORTH!

Max Greenfield married his wife Tess Sanchez in the year 2008. Tess is a casting director. The couple have 2 children together, a son named Ozzie James Greenfield and a daughter named Lilly Greenfield.

Max Greenfield is also involved in philanthropic work. He has partnered up with Young Storytellers Foundation on multiple occasions. Greenfield says that having kids of his own has inspired him to work with such organizations that help young children explore their creativity and discover their self-confidence.

Max Greenfield began his acting career in the year 1998, after graduating from high school. He soon landed various gigs on shows such as Boston Public, The O.C. and Gilmore Girls. Max Greenfield landed his first lead role on the short-lived TV series Modern Men, as one of the three bachelor men who hire a life coach in order to understand women. He then gained success when he played the supporting roles on shows called Greek and Veronica Mars. He even reprised his role in 2014 in the film adaptation of Veronica Mars. Max Greenfield then snagged a recurring role on the show Ugly Betty in the year 2007. He also appeared in various guest roles on shows such as No Ordinary Family, Melrose Place and Castle. Greenfield has created, produced as well as starred in the comedy TV series titled The Gentleman’s League in the year 2010. He created the show for the Audience Network and the story is based on the real-life fantasy football league that he is a part of with fellow actor Jerry Ferrara. Max Greenfield made his movie debut in the film Cross Bronx (2004). He also had a role in the film When Do We Eat?, wherein he portrays the role of a tycoon who converts into a Hasidic Jew after losing his fortune. In 2011, Greenfield earned international recognition when he starred in the sitcom show New Girl, playing the character of Schimdt. He received various nominations for his role as Schmidt, such as Golden Globe Award for Best Supporting Actor – Series, Miniseries or Television Film and a Primetime Emmy Award for Outstanding Supporting Actor in a Comedy Series. In the year 2018, Max Greenfield was cast as a lead Dave Johnson in the CBS comedy show titled The Neighborhood. It was announced in the year 2018, that Greenfield will reprise his role as Leo D’Amato in the revival show of Veronica Mars which will consist of 8 episodes. In 2018, he landed a recurring role on the third season of the Netflix show titled A Series of Unfortunate Events.

Max Greenfield has appeared in various other films such as About Alex, They Came Together, Fist Fight, Shot Caller, The Glass Castle, The Oath and What Men Want. He has also appeared in TV shows such as Undressed, Sleeper Cell, Life, Greek, Kath and Kim, Raising the Bar, Lie to Me, The Whole Truth, Happy Endings, The Mindy Project and Will & Grace.