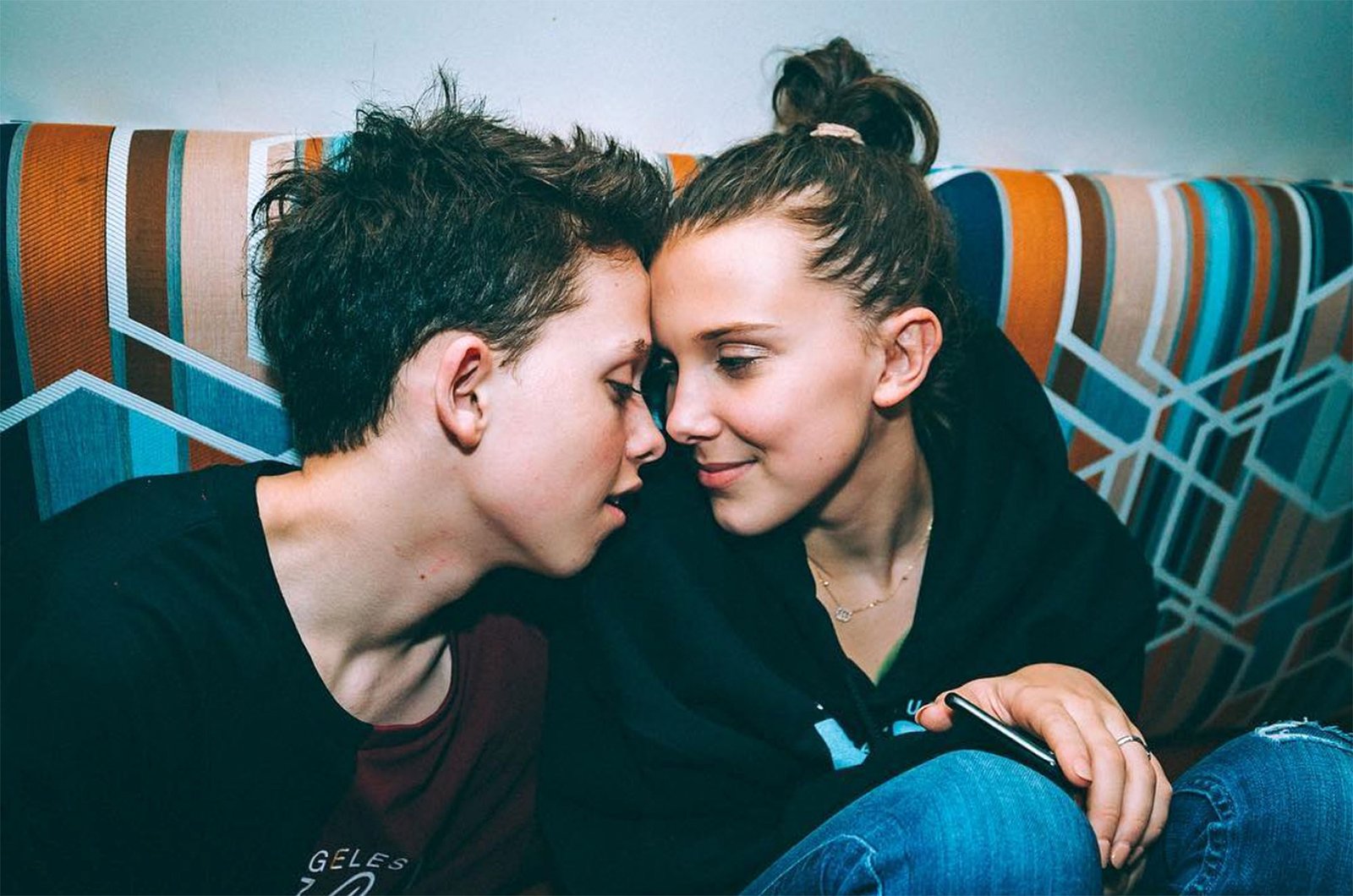 Millie Bobby Brown of stranger things fame is an English actress, model, and also a producer. She started her career by appearing as a guest on television. However, she shot to fame with her role as Eleven in the Netflix megahit series Stranger Things in 2016. Here, in this article, we will talk about your favorite actress, Millie Bobby Brown’s boyfriend, life, and more.

Ever since Stranger Things became a hit, Millie has been linked with her fellow co-star Finn Wolfhard due to their good chemistry but much to the fan’s disappointment all the rumors were put to rest when Millie denied anything more than friendship between the two of them.

There were similar rumors about her Enola Holmes co-star, Louis Patridge, but they too were put to rest by her with her statement.

In 2017, Millie and Jacob Sartorius went public with their relationship and instantly became a hit couple among the youth with their sweet young romance. However, the couple mutually decided to part ways after being in a relationship for about seven months.

When the rugby player, Joseph Robinson, posted a mirror selfie with Millie Bobby Brown on Snapchat in early 2020, the rumors of their relationship were ignited. He had captioned it “Ly x” which supposedly stood for “Love You”. However, it was later reported that they had ended their 10-month relationship because of their busy schedule.

In mid-2021, Millie was rumored to date Jon Bon Jovi’s son Jake Bongiovi. The two were spotted holding hands in New York City. But nothing has been confirmed as of yet by either of them.

She was born on 19 February 2004. Her birthplace is Marbella, Spain. She is Kelly and Robert Brown’s third oldest child out of their four kids.

When she was four, her family moved to Bournemouth, England, and later moved to Orlando, Florida, United States when she was eight years old. However, as per the data of 2017, she divides her time between London and Atlanta.

She was born with partial hearing in one ear and slowly lost all hearing over the years in that ear.

Millie started her acting career in 2013 by making guest appearances on television shows. She appeared in many well-renowned TV shows such as Once Upon A Time, NCIS, Modern Family, and Grey’s Anatomy.

In 2016, she appeared as Eleven (‘El’) in Stranger Things, a Netflix series, which was a total hit. And, in a year she started her modeling career as well. In 2019, she made her feature film debut with Godzilla: King of the Monsters which is a sequel to the film Godzilla (2014). And in 2020, she was cast as the main role in the movie Enola Holmes in which she also participated as a producer.

The show got 8.7 ratings out of 10 on IMDb. Stranger Things is an American which is released in the year 2016 on 15 July. The show stars Winona Ryder, David Harbour, Finn Wolfhard, Millie Bobby Brown, Caleb McLaughlin, Charlie Heaton, Noah Schnapp, Joe Keery, Natalia Dyer, and many more. The show is now streaming its final season which is season 5. Check the images below in which you can observe the analytics behind the ratings of the show.

No, she is not totally deaf, but yes she has lost hearing in one of her ears.

What is the age of Millie Bobby Brown?

In which year did Millie debut?

She was born in Marbella, Spain then her family moved to Florida.

Is Millie acted in Godzilla vs Kong?

Yes, she played the role of Madison Russell.

What is the net worth of Millie Bobby Brown?