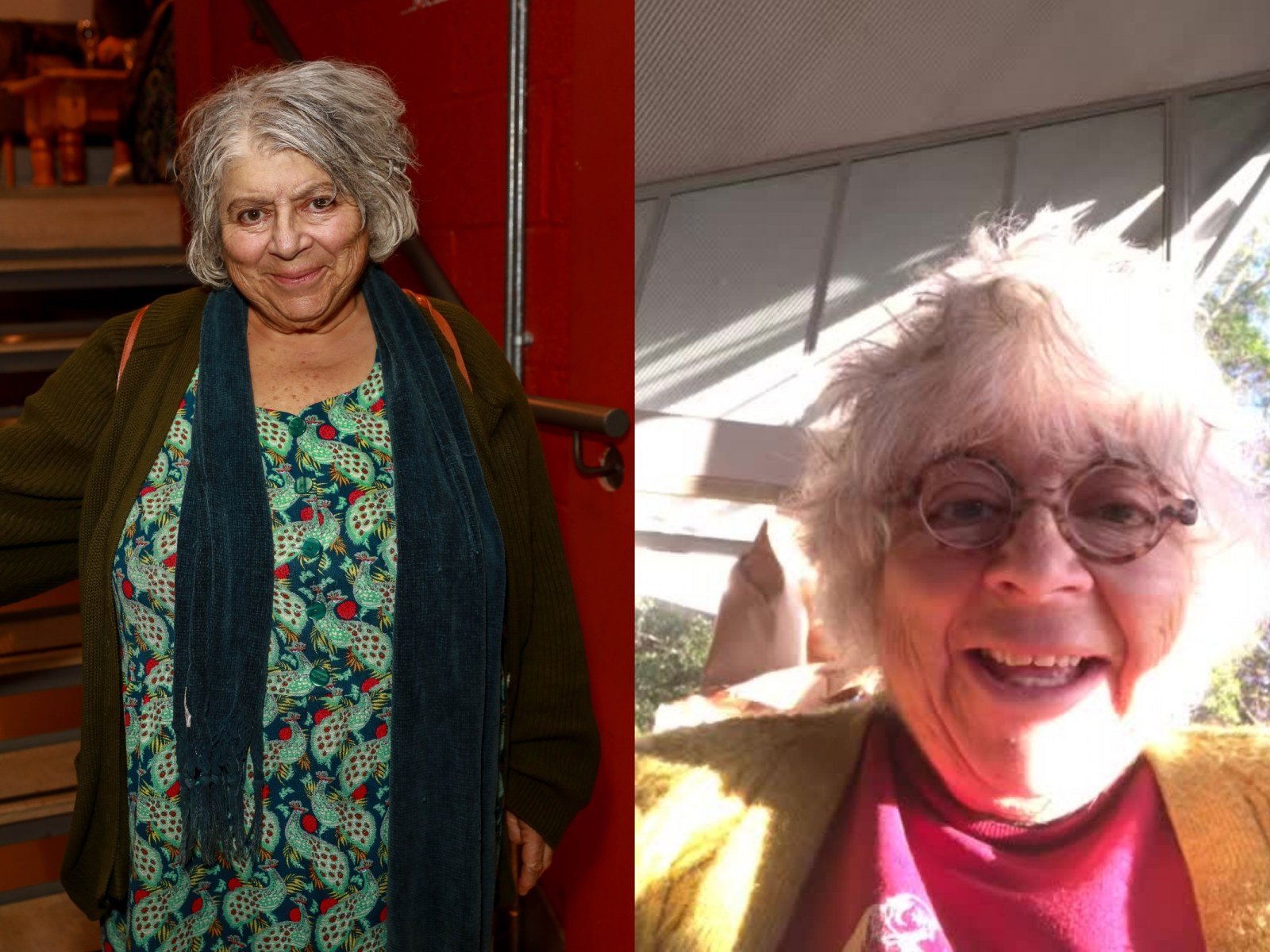 First of all, I would like to begin by asking the very obvious question. Do you know who Miriam Margolyes is?

Miriam is a British Australian actress who is a common face in theatres and you will often see her on-screen if you are a movie lover. She gave us some of her best-ever performances in some well-known movies. Previously, she used to work in the theatres and then slowly her role shifted to films and shows. She has even won the Award for Best Actress in a Supporting Role, for her supporting role in two of the greatest films of all time.

Now that you know who she is, I can vouch that you might have seen her quite many times on screen if you are frequent with shows and series. Playing her supporting role on screen she is one of the most natural actresses on stage.

Now, let’s set the track to some of her best movies to date.

This is the modern and improvised hippy version of Shakespeare’s famous play. If you have read the play then you can definitely go for this one to have a set of what it would feel to have Romeo and Juliet in the modern era and not set in the Elizabethan rule.

You may love it or you may end up hating it but that’s for the audience to decide after watching this recreation.

You will get to see, Leonardo DiCaprio as Romeo, Claire Danes as Juliet, Brian Dennehy as Ted Montague, Christina Pickles as Caroline Montague, Paul Sorvino as Fulgencio Capulet, Diane Venora as Gloria Capulet, and of course Miriam Margolyes as Nurse.

Rated 6.7 by IMDb and 73% votes from the audience. The movie is available on Tubi, Amazon Prime and Disney +. This is a 2 hours film.

IMDb rated 7.0 film focuses on the journey of Chares Dickens and his creation of Christmas Carol. A memory that changed the concept of Christmas for all time.

The comedy-drama is available on Prime and Hulu.

The watch time of the film is 1 hour and 44 minutes.

MUST-READ |  Top 25 Best Black Female Comedians: Who Is Your Favourite?

Airing in 2004, the 2-hour and the 28-minute film is about Pablo Picasso, who has already risen to fame and fortune in the world of arts. Now, is in trouble as certain people enter his life to create chaos and problems.

Rated 7.23 by IMDb you can run the movie on Amazon Prime and Vudu.

This is quite a famous fantasy fiction movie which, elaborating about in the article will not justify all of our love for Harry Potter.

Written by J.K. Rowling the movie adaptation is about a wizard boy who along with other wizards attends the school of Magic, Hogwarts as; adventure, fun and mystery await their path.

Here Miriam played the role of one of the Professors at Hogwarts, Pomona Sprout.

Rated 7.4 by IMDb you can watch the film on Amazon Prime Videos and Vudu.

DO READ | Mia Hamm Quotes, Read Some Of The Best Here

The movie is available on Prime and runs for 1 hour and 30 minutes. The film scored a rating of 5.6 on IMDb.

The cast of the film includes; Chrissie Cotterill as Annetta Brady, Amanda York as Carol Howden, Elizabeth Edmonds as Kathleen, Kathy Burke as Glennis and Miriam Margolyes as Jones.

Two girls escape from an open borstal, each for their own reason. But the reason for which they escaped brings in more pain, trouble, drama, action, love, chaos and many more.

The PG13, 1 hour 35 minutes, focuses on Andy, an inventor who is set on a road trip along with his mother to find a suitable buyer who is ready to purchase his invention from him.

Again, with her sub-character role, she amused the audience like ever before. You will find the movie on Netflix and Amazon Prime.

Following the same cast with a few more additions, the movie has Miriam playing the role of the professor here as well. With the chances of, you know who, returning back again will the group of three be able to find and destroy the remaining Horcruxes?

Watch the show on Netflix and Prime now. The film by Rowling was rated 8.1 by IMDb.

The watch time of the movie is 130 minutes.

The movie also goes by the name of, A Closed Book. What will happen when the author’s own new assistant plays some dirty tricks on him? Is it a trick or a treat for him? Well, nothing can go wrong, right?

Watch the film on Netflix and Letterboxd.

The following cast members are there in the 88 minutes film. Miriam played her role as Mrs. Kilbride. Others are; Tom Conti as Sir Paul, Elaine Paige as Canvasser and Daryl Hannah as Jane Ryder.

IMDb rated 5.4 and 13% votes from the audience that the movie is all about the thrill and more thrill.

The 1 hour and 34 minutes movie are rated 5.4 by IMDb. The movie is mostly a documentary or so can it be called. The groom’s best man tries to capture the moments of the wedding and presents the recording of their wedding shrills as the couple’s wedding gift.

The movie is available on Prime Videos.

This is quite a unique movie as you will feel that you too are a part of this wedding.

This is a dark comedy film of the late 90s which is available on Prime and CTV for you to watch. The running time of the movie is 1 hour and 36 minutes.

This is about a man who is a playboy and cheats on his wife daily. Frustrated and angry Rosalie, now decides to take revenge. She hires two hit men and plans out a way to kill her cheating husband.

In this movie you will meet Miriam Margolyes as Mrs. Boca, while there is also Tracey Ullman as Rosalie Boca, Kevin Kline as Joey Boca, William Hurt as Harlan James, River Phoenix as Devo Nod and other cast members.

This is a mid-90s film that shows two soldiers who find their way to lusty nurses on an island. Now here is a wild fantasy of sex and fun.

Rated 4.7 by IMDb, the 130-minute show is available on Google Play.

This is based on the Royal family featuring King Edward VIII who gives away his throne in order to marry Wallis Simpson, a divorcee.

This is a recommended movie for all historical genre fans and you will find it on Prime. This movie is based on a book.

The life of a 12 years girl changes for good when she meets a bright boy at her school. Now as her life changes, she decides to mend her broken family of hers.

The movie is rated 6.5 by IMDb and is there on Amazon Prime.

The 138 minutes movie cast; Miriam Margolyes as Miss Bamford, Wesley Patten as Douglas Benson, Daisy Axon as Candice Phee and a few others.

So, here you go with the complete list of some of the best movies as promised. Now look them up on the platforms mentioned and give them all a watch. I am sure you will enjoy watching Miriam’s performance, not to forget she is quite a charmer.