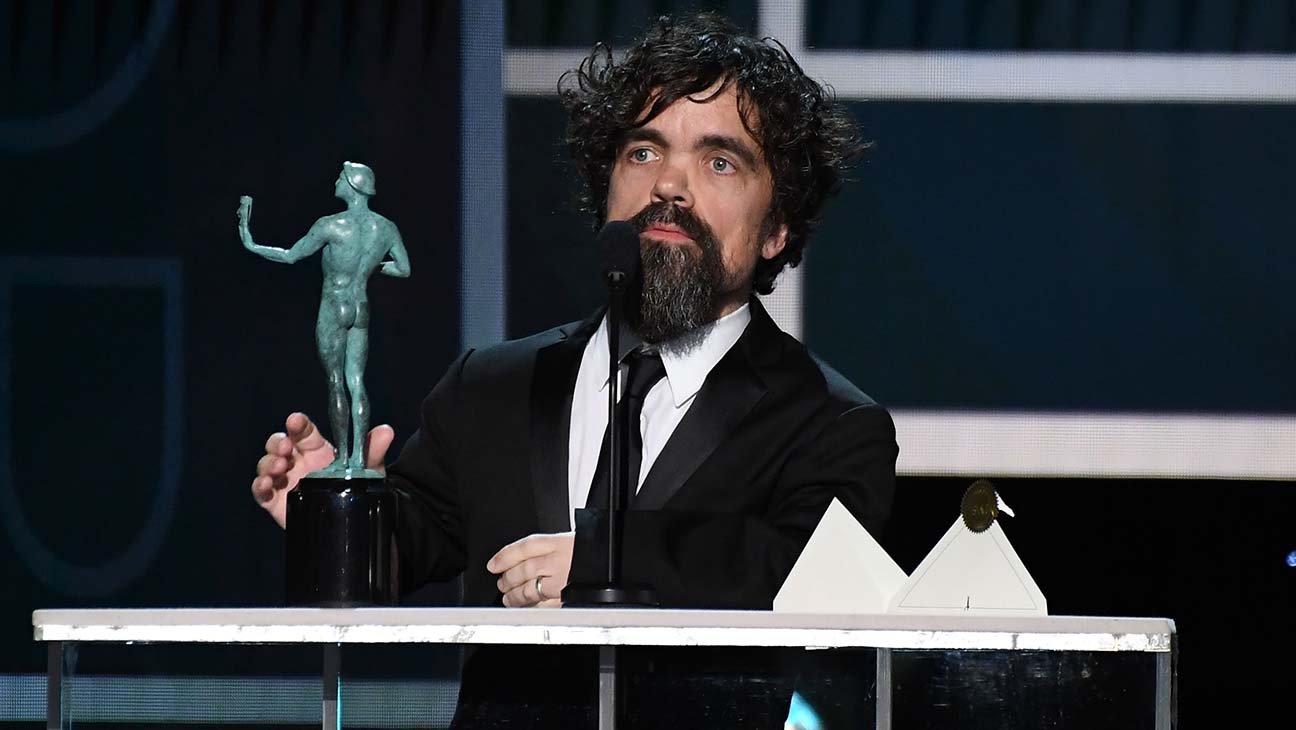 Peter Dinklage, or maybe you know him as Tyrion Lannister from Game Of Thrones, is an American actor as well as producer. He is a four-time Primetime Emmy Award winner. Starting from 1995, he has appeared in several famous movies such as Chronicles of Narnia: Prince Caspian, X-Men: Days of Future Past, and Avengers: Infinity War.

Peter’s full name is Peter Hayden Dinklage. He was born on the 11th of June in the year 1969. His place of birth is Mendham Township, New Jersey, United States. He grew up in the historic section, Brookside, of Mendham Township along with his older brother Jonathan. He has a common form of dwarfism called achondroplasia.

In his early days, he would perform puppet musicals along with his brother in their neighborhood. But Peter found his first theatrical success in The Velveteen Rabbit, a fifth-grade production where he played the lead. He went to Delbarton School and developed his acting skills. In 1984, he got inspired to pursue acting by the production of the play True West.

He then went on to attend Bennington College and earn a drama degree and before graduating in 1991, he appeared in several productions. Peter tried to build a theatre company with his friend but failed. He then had to work for six years at a data processing company before pursuing a full-time actor career.

The Game of Thrones actor, Peter Dinklage’s net worth is estimated to be an astounding sum of $25 million. This huge sum does not come as a surprise since Peter Dinklage was announced as one of the highest-paid actors on television in 2014. His four other co-stars from Game of Thrones were mentioned in the list of highest-paid actors. He made $1 million per episode with the series.

Initially, Peter struggled as an actor because he refused to accept the roles of elves or dwarfs, or leprechauns. In 1995, he finally made his debut with a low-budget independent comedy-drama film titled Living in Oblivion. The 2003 film, The Station Agent, proved to be a breakthrough for Peter. With his performance in the film, he won Independent Spirit Award and earned a nomination for Screen Actors Guild Award. In 2006, he co-starred with Vin Diesel in the film Find Me Guilty and though the film garnered mostly positive reviews, it was a box office failure. In 2008, Peter starred in the hit film series movie Chronicles of Narnia: Prince Caspian. He played the role of Trumpkin. But the movie was a huge box office disappointment.

In 2011, Peter Dinklage received immense attention when he got cast as Tyrion Lannister in the HBO fantasy drama Game of Thrones. The series is based on A Song of Ice and Fire, a novel series by George R.R. Martin. His character is a member of House Lannister which is one of the most powerful and wealthiest families in Westeros, a fictional continent in the series. The series remained a huge commercial success till its conclusion in 2019 with the eighth season. His performance made him a record four times Primetime Emmy Award winner in 2011, 2015, 2018, and 2019. He also won a Golden Globe Award in 2012.

In 2012, he participated in the film Ice Age: Continental Drift where he voiced Captain Gutt. In 2014, he was chosen to play the villainous character of Boliver Trask in the superhero film X-Men: Days of Future Past which ranked sixth for the highest-grossing films of 2014. In 2018, Peter bagged a role in the Marvel Cinematic Universe’s highest and fastest grossing film Avengers: Infinity War. He played the role of a giant dwarf named Eitri.