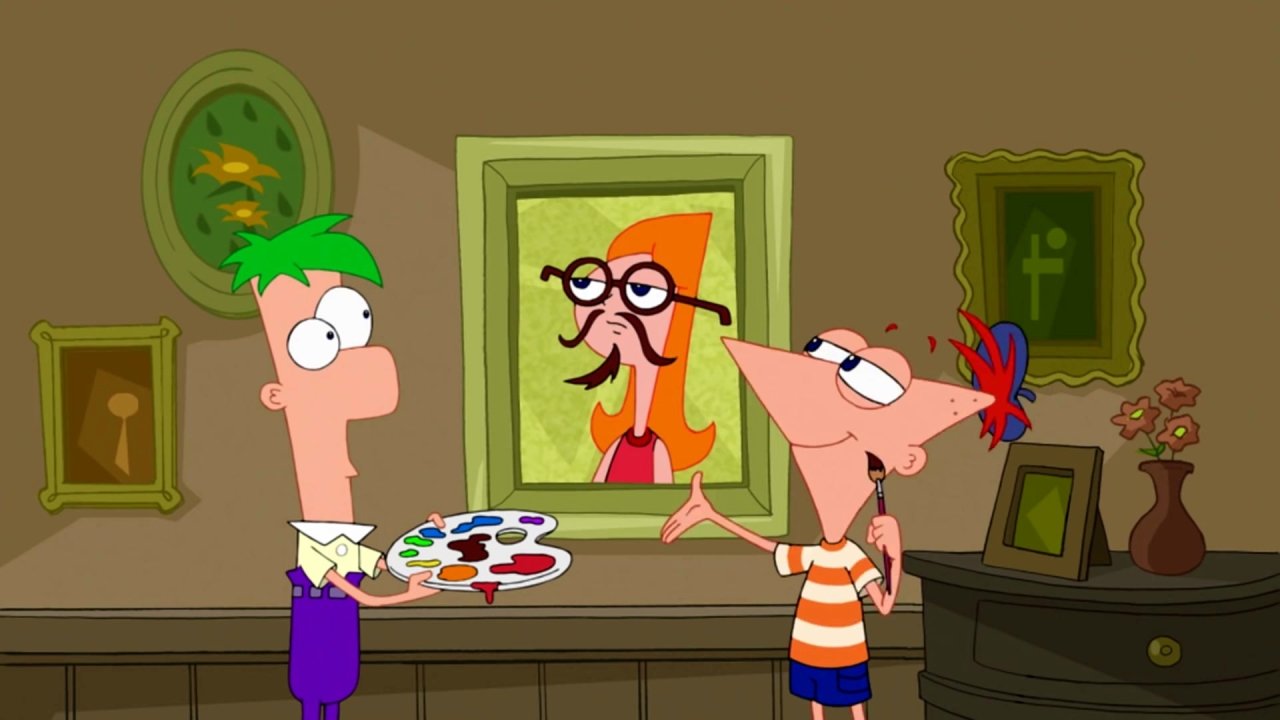 Phineas and Ferb is a musical-comedy animated television series of American origin. The show is created by Jeff “Swampy” Marsh and Dan Povenmire, for Disney XD and Disney Channel. The show first premiered on Disney Channel on 17 August in the year 2007 and ended on 12 June 2015. The show’s executive producers are Robert F. Hughes, Jeff “Swampy” Marsh and Dan Povenmire. The opening theme of Phineas and Ferb is “Today Is Gonna Be a Great Date”, performed by Bowling for Soup. The music is composed by Danny Jacob. The show is produced by Disney Television Animation and is broadcast on the Disney Channel, Toon Disney and Disney XD. The show has 4 seasons which consists of 129 episodes with a duration of 22 minutes.

Jeff Marsh and Dan Povenmire previously worked together on Rocko’s Modern Life and The Simpsons. They are also part of the cast and voice two characters on the show, Major Monogram and Dr Doofenshmirtz. Marsh and Povenmire conceived the idea for Phineas and Ferb in a restaurant where Povenmire drew a triangular-faced boy, who is supposed to resemble the character of Phineas. Both of them developed the concept and story for the series and pitched the idea to numerous networks for 16 years before finally being accepted by the Disney Channel.

Disney officially announced on 7 May 2015, that Phineas and Ferb will end after season 4 and that it will not be renewed for a new season. However, various films and spin-off shows have been created such as Across the 2nd Dimension, O.W.C.A. Files, The Phineas and Ferb Effect and Candace Against the Universe. In April 2019, it was announced by Disney that a film titled Candace Against the Universe will be released soon. However, it was put on hold due to the COVID-19 pandemic but eventually premiered on 28 August 2020. In August 2020, Marsh and Povenmire announced that there have been talks for a potential third Phineas and Ferb film.

The animated series follows the everyday adventures of Phineas Flynn and Ferb Fletcher, who are stepbrothers and live in the city of Danville. They attempt to find ways to spend their time and enjoy their summer vacation. These adventures often include dangerous construction projects which take place in their backyard unbeknownst to Phineas and Ferb’s parents.

Phineas also has an older sister named Candace, who has 2 missions one of which is to expose Phineas and Ferb’s schemes to their parents and the second is to capture the attention of her crush, Jeremy. The boys also have a pet platypus named Perry, who works as a secret agent for a government organization called O.W.C.An (Organization Without a Cool Acronym). This fact is not known to the boys or Candace. The O.W.C.A is an all-animal government organization that focuses on defeating the evil Dr Heinz Doofenshmirtz.

The show has two protagonists, Phineas and Ferb. Phineas is an energetic talkative kid who attempts to try out new things in order to combat his boredom during his summer vacation. Phineas has red hair and his age is not mentioned in the show. The character is voiced by Vincent Martella. Ferb is Phineas’ quiet, less talkative stepbrother from the UK. He has green hair and is portrayed to be very intelligent. The character of Ferb is voiced by Thomas Brodie-Sangster.

Candace Flynn is Phineas’ biological sister and Ferb’s stepsister, who is 15-years-old, whose aim is to expose the dangerous adventures of her brothers. The character is voiced by Ashley Tisdale. Perry the Platypus, also known as Agent P, is the boys’ pet as well as a secret agent working for O.W.C.A. The character of Perry is voiced by Dee Bradley Baker. Other supporting characters include Dr Heinz Doofenshmirtz (voiced by Dan Povenmire), Isabella (voiced by Alyson Stoner), Baljeet (voiced by Maulik Pancholy) and Lynda Flynn Fletcher ( voiced by Caroline Rhea).

The trailer for season 5 of Phineas and Ferb is not available since the show ended after season 4 and has not been renewed for a new season.

Where To Watch Phineas And Ferb Online?

Phineas and Ferb can be viewed online on YouTube TV and Disney+ Hotstar.