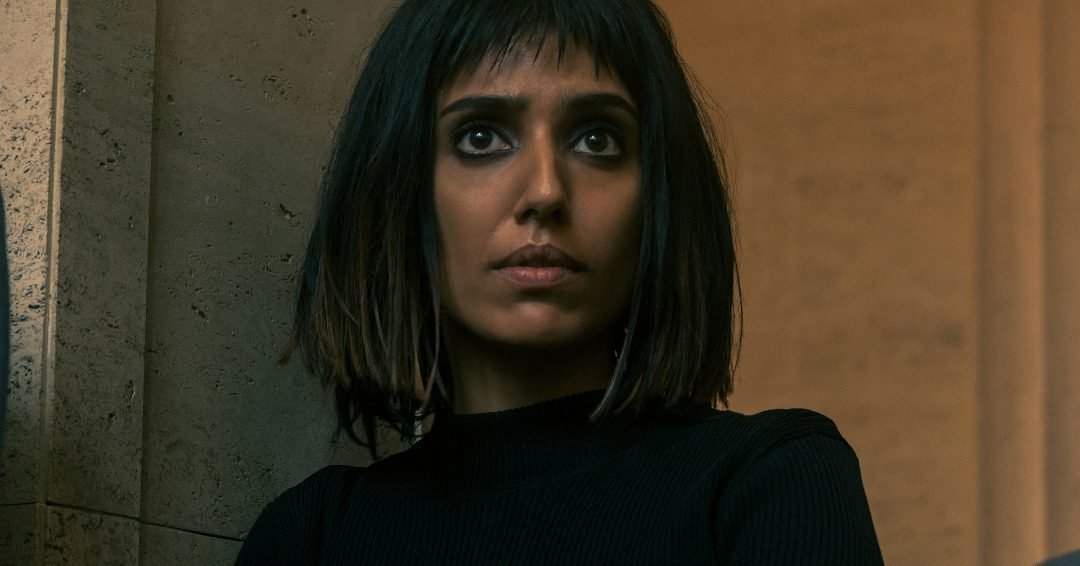 Ritu Arya or you may know her as Lila Pitts from the popular Netflix original series The Umbrella Academy, is a British actress. Gaining recognition starting from 2013 after appearing in the British soap opera titled Doctors, she has continued paving way for herself by appearing in various works such as Humans, The Umbrella Academy, and most recently seen in Red Notice. Apart from this, she also recognizes herself as a comedian and a drummer.

Ritu Arya was born on the 17thof September in the year 1987. Her place of birth is Guildford, Surrey, England, United Kingdom. She is of Indian descent. Her father’s name and mother’s name remain unknown. Though we do know that her father as well as her mother work in real estate. She has two brothers, namely Romi Arya and Rahul Arya. She attended the University of Southampton and graduated with a degree. She then got enrolled in Oxford School of Drama and received training there.

As the British actress has recently begun receiving attention from the general public and recognition from critics, her net worth is relatively rather low as compared to other big stars. She holds a net worth of total $3 million approximately. But she surely has worked hard to gain this.

Ritu Arya had once revealed that she got interested and started acting from her teenage years. But she only made her official debut as an actress in 2013 with a small role in an episode in the TV series titled The Tunnel. Later that same year, she bagged a recurring role in the British soap opera named Doctors. Here, she played the role of a psychiatrist named Dr. Megan Sharma. She continued to appear in the series till 2017. In 2017, she bagged a nomination for Best Newcomer at the British Soap Awards with her performance.

In 2014, she made a guest appearance in the famous series Sherlock. She appeared in the 2nd episode of the 3rd season which was titled The Sign of Three. Sherlock is a megahit BBC television series that stars Benedict Cumberbatch as Sherlock Holmes and Martin Freeman as Dr. Watson and is based on the ever-famed novel series Sherlock Holmes by Sir Arthur Conan Doyle.

In 2016, Ritu Arya was cast in the science fiction television series Humans where she played the recurring role of android Flash. She continued to play her character in the series till 2018. In 2019, Ritu was cast in an American-British romantic comedy Christmas film titled Last Christmas. Here, she portrayed the role of Jenna. The film also stars the famous British actress Emilia Clarke. The film turned out to be a huge commercial box office success with gathering over $123 million worldwide.

In 2020, Ritu Arya was cast in the recurring role of Lava in the romantic comedy Netflix series titled Feel Good. And in the same year, she made a guest appearance in the popular British science fiction television series Doctor Who. The show broadcasts on BBC One since 1963.

After appearing in so many series and films, and playing different characters, Ritu Arya finally found her breakthrough in 2020 when she starred in the Netflix original series The Umbrella Academy as Lila Pitts. It is an American superhero series that is based on a comic book series written by Gerard Way. Ritu’s character Lila Pitts is a superhero whose power is that she can mirror someone else’s powers.

Ritu Arya’s latest venture is the American action comedy film titled Red Notice. In the film, Ritu appears as a police officer named Urvashi Das. The film’s star-studded cast includes Dwayne Johnson, Ryan Reynolds, and the beautiful Gal Gadot. In the short time since the movie’s release, the film has garnered rather negative reviews from critics and audiences alike.