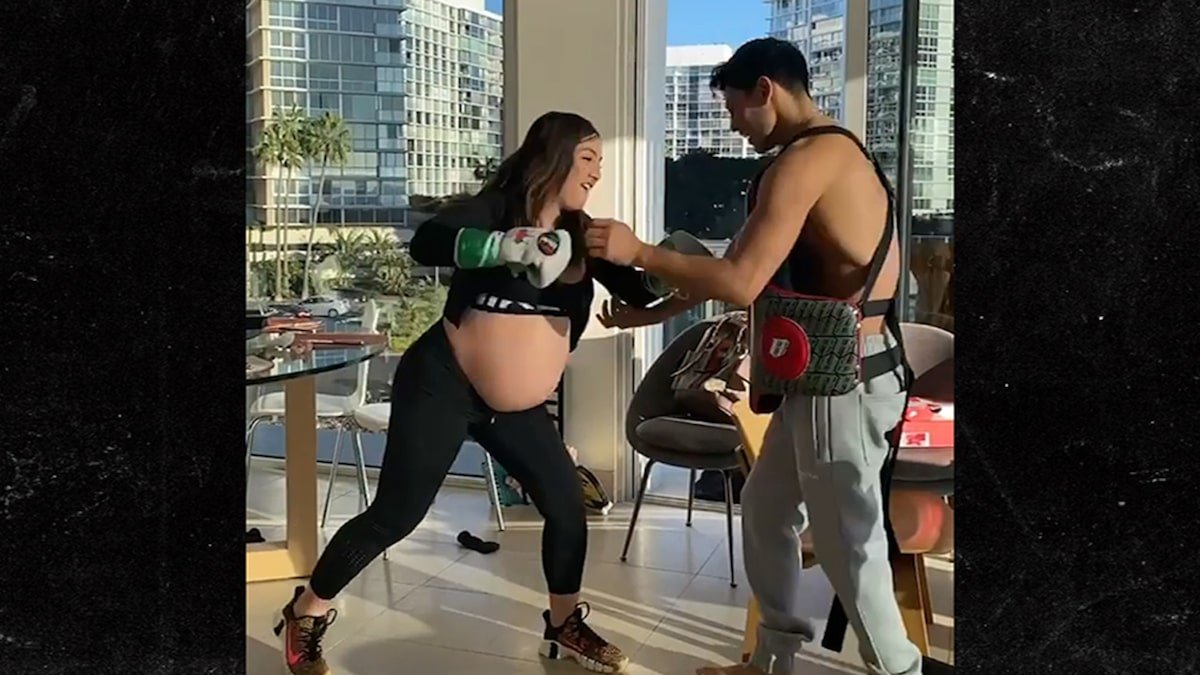 Ryan Garcia, born on august 8, 1998 is an American professional boxer. He held the WBC Interim Lightweight title from January to May of 2021. As per the June 2021 edition of The Ring Magazine and the Transnational Boxing Ranking Board, he was ranked as the world’s third-best active lightweight. He was ranked fourth by ESPN and sixth by BoxRec. Today, we are going to tell you all about Ryan Garcia Wife, personal life, and more.

Although, the twenty-three-year-old is known to keep his personal life private and out of the public eye, here’s what we know about him: He has been in a relationship for a long time with Drea Celina Garcia, who is a Mexican social media influencer. The couple has two kids (both daughters). Their first daughter, Rylie Garcia, was born in the month of March 2019. Rylie also has a personal Instagram account run by her dad Ryan). The couple recently had their second daughter, Bela, in December 2020.

The young American boxer’s name has always been making rounds in the media and social networking sites. Since Ryan started boxing at the tender age of just seven, he has become the national amateur champion fifteen times. Not only that, he has gained an amateur record of 215-15.

To trace back his initial career, in 2016 at the young age of 17, he played professionally for the first time. He won his first fight against Edgar Meze. Soon, in the same year, he signed with the Golden Boy Promotions. And three years later he extended the deal by additional five years (the specific details of the contract were not revealed).

The talented lightweight boxer, also known as THE FLASH and Kingry, has forever been popular among the young girls for his young, boyish but also mature and handsome looks. As if this was not enough, he has swooned many more ladies by never once losing a fight in his career and he has played 21 fights!

But since October of 2020, Ryan Garcia’s name has made many rounds on the internet. Drea Celina Garcia and Ryan Garcia’s relationship faced a speed bump when a TikTok video of the twenty-three-year-old kissing a just turned 18 TikTok star Malu Trevejo went viral. The video spread around the internet like wildfire and ignited many rumors and sparked controversies. In the short video that went viral, Ryan could be seen walking with Malu Trevejo when turning and kissing her. Drea Celina gave a hardhanded reaction to her Instagram story before making her account private.

“Meanwhile, I go visit my family he tells me he’s training hard for this fight. But IG (Instagram) SHOWS ME THIS (referring to the video). 7 weeks left till I give birth and this piece of **** stays being disgusting. While he barely even sees Rylie his daughter. He is a HORRIBLE EVL HUMAN.”

This incident occurred when the couple’s second daughter was due to be born in seven weeks. After posting the story, Drea Celina switched her Instagram account to private.

Malu Trevejo’s Side of Story

While giving her side of the story, Malu said that she had no idea that Ryan and Drea were engaged and that they were about to have their second child together. She claimed that she only knew about his first daughter born in 2019 and assumed that he was single.

“Did not know he was engaged and I texted him and he said because they are on and off.”

Despite the controversy, Drea Celina Garcia claims that she and Ryan Garcia have reconciled and are on good terms.

What do you think about the whole Ryan Garcia thing?