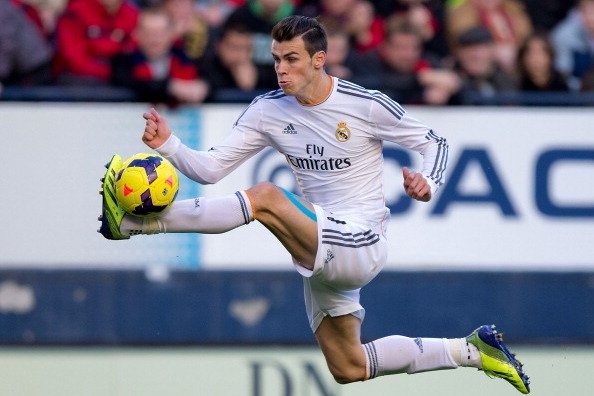 What Football Players Are Left-Footed?

Beginning from early age football players were basically considered in right or left-wing but the left-footed football players were often placed into one of two positions on the football field which will be left-wing and left-back and on the other hand, the right-footed players can play all sides of a football field but there is some popular player who plays left-footed. Overall the past years there have been great left-footed players who have performed very well on the field.

There are some great players who are left-footed and who started playing in the past history such as Ferenc Puskas, Johan Cruyff, Alfredo Di Stefano and lastly the Diego Maradona these all are left-footed football players but has played amazingly on the football field and also even today’s era of football there is just no shortage of the amazing world-class left-footed players in football who have performed amazingly. Left-footed players are often one of the most creative and skillful wizards and also play great.

He is one of the most popular and world-class players who have given so much to the world of football and still performs best of the franchise. He has won 5 Ballon d’Or and many more club titles and he is from Argentina Rosario and his amazing contribution towards FC Barcelona is just uncountable and the total goals he has scored is 616 and assisted in total just 250 strikes in just total 762 appearances in overall his career till now. With his great skills and creativity, he is a left-footed player but plays amazingly on the fields of football. Messi also has performed amazingly for his national team. In the 2017/2018 season, Messi has played a very important role in FC Barcelona XI and helped the La Liga club to win and also Copa del Rey’s titles he scored 45 goals in just 54 appearances.

In the world cup of 2018 in Russia, Messi has the greatest opportunity to win the title of Argentina for his national team and forget the worst loss against Germany in the year 2014 world cup final overall if you see Messi’s record he has performed exceptionally amazing for his franchise FC Barcelona and also for his national team. He has won so many titles and awards for his skills and creativity and with the left-footed, he has used different techniques on the field.

Mohamed Salah is an Egyptian player who is left-footed from Liverpool and no one has ever expected that Liverpool could make it to the champions league final in Kyiv but Mohamed salah has given so much to his team and again proved himself on the field of football and surprised everyone by his amazing skills and creativity which he carried during the match and take Liverpool to the finals and also his national team to the world cup in the year 2018 and he scored 7 goals with 14 assisted in overall 56 appearances which are considered enough to prove the excellence and skills of any Egypt striker and footballer.

But unfortunately, because of the arm injury in the finals of the UCL Final, he had a bad impact on his ability, and physically he was hurt to play in the group stage of world cup 2018 and just hope that he can make it next and come back with a bang and perform best for his team.

Angel di Maria is one of the most talented and amazing players of his generation and he is an amazing attacker on the football field of his times and he first grabbed the media and audience limelight with his amazing performance in the Real Madrid and he has enjoyed his career till the club level. Angel di Maria played a very important role in Real Madrid’s UEFA Champions League and win the 2013-2014 season and he has played great in the season and for his franchise.

He shifted to manchester united in the summer and it was surprising for the audience and members also and there he spent an unforgettable season but di maria instantly move to Paris Saint- Germain and after that, he again started with his career in Paris itself and played great into the world-class level and he is a left-footed player and used his techniques amazingly in the many games. But it’s quite hard to find a player like him who can thread through the balls for strikers and make in the final third just di maria can do this. He has scored six goals in total in 43 appearances in the overall competitions in the past seasons and overall he is one of the most amazing players in history.

He is a French forward Antoine and became start after his performance at the Atletico Madrid and he is a great attacker and stole all the media light away from the likes of Cristiano Ronaldo and also from lionel Messi for the brief spells and he is also one of the main people behind France’s world cup in the year 2018 and also runs into the finals of euros in the year 2016 and he has performed exceptionally well in the tournaments.

Antoine shifted to Barcelona in the summer of 2019 and but he did not play well in the first season and failed to impress with Catalans he hit stride in the sophomore campaign and was able to strike a good partnership with Barcelona’s main player lionel Messi and played very well all over the season and in he scored 20 goals in with 12 assists in just 51 appearances in all the competitions in the year 2020-2021 and also he has done quite a very good job at the euro 2020 so far and also scored a good goal in the group stage all over the game against Hungary for France and overall his career he has played very well and denoted so much to the world of football.

Adriano is one of the well-known players in football and he is a Brazilian football player and his career might go easily down but he is one of the good players with good capabilities and he has so many moments of dazzling and there are also some parts in his career where he came crashing back down but performed well and he made his name himself during the three several performances in the international in series A and his inconsistency in the team made him leave the team club and he does have a good career in the football like he scored 48 goals in the 123 appearances senior for the international and helped them to win the four series of the A titles and also he played very well in that tournament.

He has scored 27 goals in just 48 appearances for the Brazilian team and also win the Copa America and a FIFA confederations cup in the tournament and he also get the golden ball and the golden shoe in both games as the best player in the overall championship and also he was the top goal scorer in the game.

He is also a Brazilian football player and left-back and he is the man who revolutionized the left-back positions in the past football history. Roberto was one of the most popular football players in the past and he is also a defender who is an entirely amazing player from the left-wing and he was an attacker in the game. Roberto Carlos was one of the greatest left-footed footballers in history and his left-footed kicks in any game against France in the year 1997 tagged him Brazil’s left-footed free-kick expert because the way he plays on the field with left-footed is something which is great and the techniques and skills he used were great and that is why he is considered one of the best left-footed players in the football.

Roberto also earned a total of 125 caps for Brazil in his career and also scored 11 times he also played three world cups and helped Brazil to reach the finals and win the 2002 world cup in France and he is a successful player in history of football. As for the club level, he scored 47 scored goals in total in 370 appearances for the real Madrid, and overall in his career, he scored 94 goals in the 740 senior appearances and furthermore, he also helped real Madrid in La Liga titles and three champions leagues and in the year 1997 Roberto left-footed best player finished as a runner up for the FIFA world player award of the year.