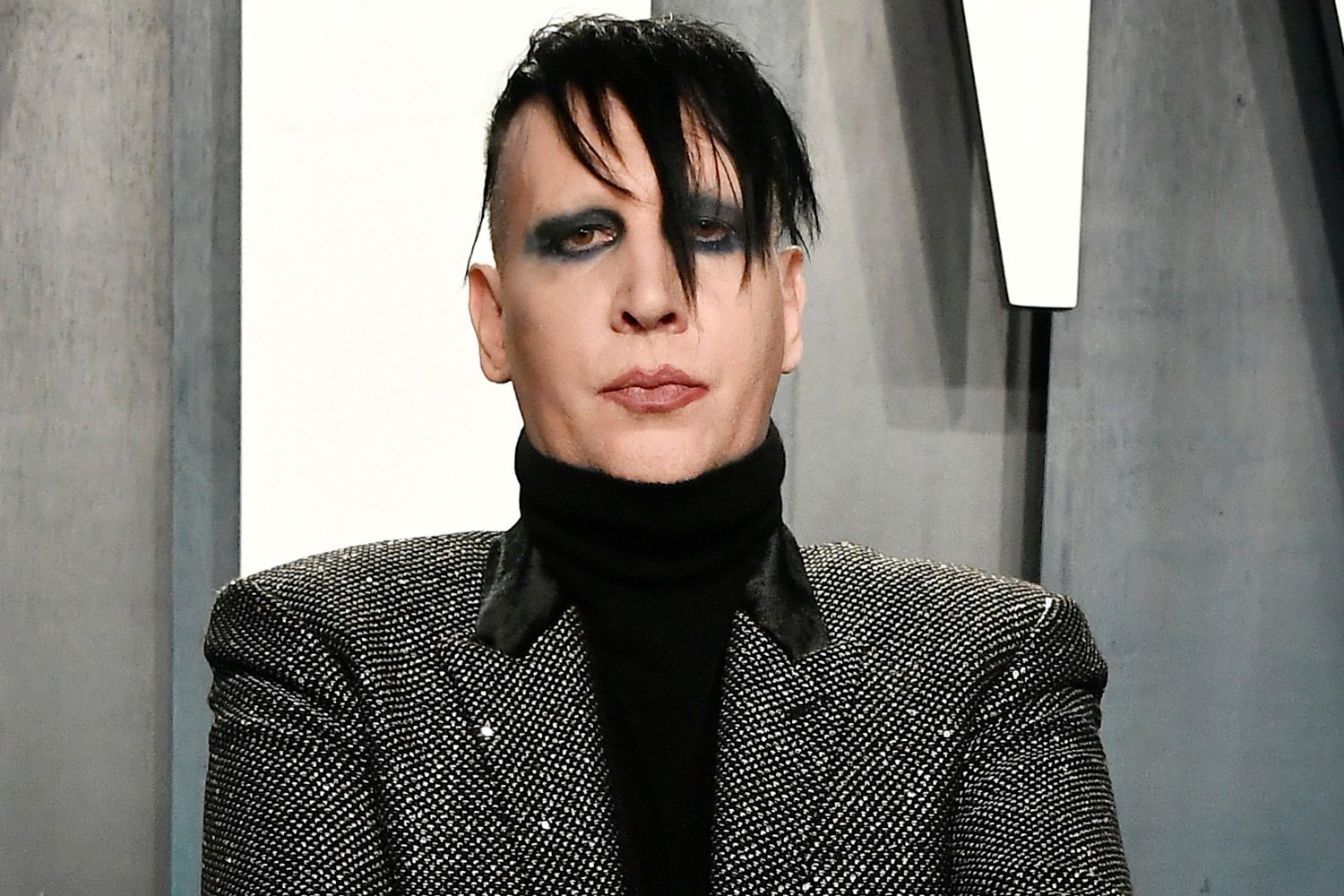 Where is Marilyn Manson Now?

Marilyn Manson, whose real name is Brian Hugh Warner, is a singer, songwriter, painter, actor, and writer of American nationality. He was born on 5 January in the year 1969 in Canton located in Ohio, United States of America. He is 53 years old. He is the lead singer of the band named after himself “Marilyn Manson” and is known for his controversial and aggressive on-stage personality. The band was previously called Marilyn Manson and the Spooky Kids from the year 1989 till the year 1993. He founded the band with Daisy Berkowitz who was a guitarist for the band. Manson’s stage name was formed by combining the names of two opposite icons in American history and culture i.e. the first name of an American sex symbol Marilyn Monroe, and the last name of a well-known cult leader Charles Manson. Hence his stage name was Marilyn Manson.

Where is Marilyn Manson Now?

Marilyn Manson’s career and reputation took a hit in 2021 after several women accused him of emotionally, sexually, and psychologically abusing them. One of those women was Evan Rachel Wood, Manson’s former fiancé. Evan Rachel Wood is a musician, model, and actress who was first linked to Manson in the year 2007. Over the next several years, they maintained an on-again, off-again relationship. Manson proposed to Evan in Paris in the year 2010 but they broke up at the end of that year.

Evan Rachel Wood claims that Manson ordered her to make dinner just after she had an abortion in the year 2011. She has also accused him of psychological abuse.

She isn’t the only woman who has accused him of abuse. Ashley Walters who is Manson’s former assistant is suing him for sexual assault. Ashley Morgan Smithline is suing him for imprisonment and sexual and physical assault. Esme Bianco who was an actress on Game of Thrones said that Manson frequently verbally abused her. Bianco has sued Manson for sex trafficking and sexual assault. A dozen women have come forward with allegations of abuse against Manson in the year 2021. These allegations along with the legal lawsuits paint a horrifying picture of psychological and sexual abuse inflicted on young vulnerable women at the hands of Manson. He held these women physically and emotionally captive in his house, monitored their eating habits, restricted their sleep, and emotionally manipulated them to the point of brainwashing them. The women and their stories have been documented for a new documentary titled Phoenix Rising which will premier on HBO.

Marilyn Manson has reacted to these claims and accusations by issuing a statement on his official Instagram account saying that he knows that his music and public image have been controversial since the beginning of his career but that these accusations are a distorted reality and that they are completely false and baseless. He further says that all his relationships have been entirely consensual and that these women are misrepresenting the past.

Manson also filed lawsuits against Ashley Gore and Evan Rachel Wood stating that they defamed him and his reputation and inflicted him with emotional distress. His other charges include producing fake federal documents and impersonating an FBI agent. Manson states that Wood and Gore have tracked down his former girlfriends and instructed them to produce false stories about him.

In light of these serious allegations, Manson’s career took a huge hit. He was dropped by the record label that he works for, Loma Vista, and was fired from two television shows that he was filming, American Gods and Creepshow. Loma Vista, Manson’s record label, issued a statement and said that they would not promote any of Manson’s old songs and albums in addition to not collaborating with him on future albums and projects. He has also been silent on social media since 1 February 2021, when the allegations surfaced. However, a year later he posted on Instagram stating that he hopes that there will come a time when he can share the truth about the allegations against him.

Brian Hugh Warner was born on 5 January year 1969 in Canton located in Ohio, United States of America (USA). His mother’s name was Barbara Warner Wyer, who died on 13 May in the year 2014. His father’s name was Hugh Angus Warner who died on 7 July in the year 2017. Manson is of German, English, and Irish ancestry. He also stated that his mother, Barbara had Sioux Heritage and that her family originated from the Appalachian Mountains located in West Virginia. As a young boy, he attended the Episcopal church even though his dad was raised a Roman Catholic.

Manson pursued his education at the Heritage Christian School from the 1st to the 10th grade. At school, Manson’s music teachers tried to teach the students about the music that they shouldn’t listen to but this had an opposite effect on Manson who started to love the songs he ‘was not supposed to’. Manson later switched schools and went to GlenOak High School and graduated in the year 1987. Three years later, in the year 1990, he relocated with his parents to Fort Lauderdale located in Florida and enrolled at the Broward Community College. At the college, he pursued a degree in journalism and gained practical experience by writing and researching for the magazine known as 25th Parallel. This included interviewing musicians including Trent Reznor of Nine Inch Nails and Groovie Mann from My Life with the Thrill Kill Kult. It was these musicians to whom Manson’s own work and music would be later compared. Trent Reznor later becomes Manson’s mentor and helps him produce and release his debut album.

The band Marilyn Manson was formed by Manson with Scott Putesky who was a guitarist for the band, in the year 1989. Manson wrote the lyrics for the songs and Putesky composed most of the music. Manson and Putesky recorded the band’s first demo tape in the year 1990 when the band’s name was Marilyn Manson and the Spooky Kids. Once the demo tape was released, the band instantly formed a loyal fanbase in the South Florida punk and goth music scene. The band intentionally performed concerts with a shock value such as wearing women’s clothing or weird costumes and makeup. The live concerts also included pyrotechnics, children trapped in cages, women that were naked were nailed to crucifixes, experiments that involved reverse psychology and dead animal remains. Six months after the band’s debut, they had sold-out shows in nightclubs that had a capacity of 300 people all around Florida. Their popularity resulted in the band signing a deal with Sony Music in the year 1991. However, the deal was scrapped before the band could record any music for the label. The band used the money they earned through this deal to record more demo tapes which were independent releases.

In the year 1992, the band’s name was changed from Marilyn Manson and the Spooky Kids to just Marilyn Manson. Trent, who was Manson’s mentor, signed the band to his music label called Nothing Records and they eventually released their debut music album titled Portrait of an American Family in July in the year 1994. Manson criticized Nothing Records and its Parent Label Interscope due to the lack of promotion of his band’s album. The album includes songs like Cake and Sodomy, Lunchbox, Organ Grinder, Cyclops, Dope Hat, Get Your Gunn, Wrapped in Plastic, Dogma, Sweet Tooth, My Monkey, and Misery Machine.

Marilyn Manson is a man of many talents. He is a singer, actor, songwriter, record producer, and painter. He earns an impressive amount of money from record labels, his studio albums, concerts, streaming platforms such as Spotify, and endorsement and brand deals. As of 2021, Manson’s net worth is estimated to be $5 million.

Marilyn Manson was engaged to Rose McGowan in 1999 but they called it quits in 2001. He then dated Dita Von Teese in 2001 with Manson proposing later in 2004 and were soon married. However, they got divorced in 2007. Manson then dated Evan Rachel Wood in 2007 and they maintained an on-again, off-again relationship over the next several years till they got engaged in 2010 but soon finally called it quits at the end of 2010.

In 2012, Manson began dating Lindsay Usich and in 2020 it was revealed that he and Usich got married during the COVID-19 pandemic.