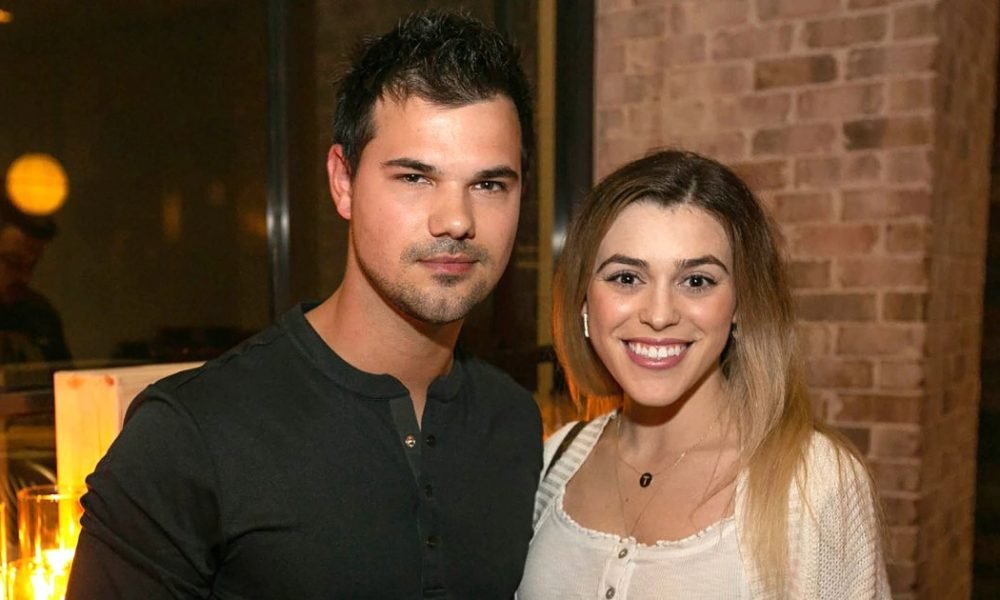 Who is Taylor Lautner's Fiancée or Soon To Be Wife?

Welcome back guys, we are back again with another celebrity gossip, which will clearly blow your mind!

Are you in for some juicy gossip about the Twilight Actor, Taylor Lautner?

Taylor Lautner is an American model and Actor who debuted in many films and shows. Abduction, Scream Queens, My Wife and Kids, The Adventures, Home Team; are some of the films and movies where he acted.

Now as you know who he is, are you very much ready to get a sneak peek into some facts and news about his girlfriend? Or is it fiancée? Or wife for that matter.

Is there any news on their marriage? Who proposed whom? When is the wedding? Did they make it official? When were they dating? And the biggest question is who is this lucky lady?

Wear your seat belts as from here on the journey would be stormy!

Then without much dilly dallying, I will directly hit the go button!

Keep reading to find out!

Who is Taylor Lautner’s Wife?

In, The Kelly Clarkson Show, as the actor brought into light about their confusion in name, he announced that they will soon call over a wedding. Further highlighting the fact that, in order to avoid their confusion as they both carry the same name, his fiancée might take over his surname.

All these brought a huge uproar among fans as the couple officially made it clear that they will call over a wedding as they announced their engagement in 2021.

The Twilight actor soon shared photos in his Instagram handle for the fans to witness his sweet proposal to Dome.

Now if you are wondering who Dome is then let’s look into it.

Who Is Taylor Dome?

Dome completed her studies in 2019. Later she announced that she became a registered nurse. Her Instagram page followed her posts as she celebrated Nurse Week with her fellow healthcare members.

She is also a healthcare influencer on Instagram and goes by the name, LEMONS by Tay. Here she announces posts related to mental health and safe care related contents.

MUST-READ | Is Mithali Raj Married? Is She Dating Anyone?

Then, as Lautner met Dome after his break up with Billie Lourd, he started dating the California nurse since, 2018.

How Did They Meet?

Now the million-dollar question is, how did the two meet? Well, the duo was introduced by the Twilight Actor’s sister Makena Moore.

He was also in a relationship with Taylor Swift back in 2009. But they broke up a long time back.

Dome and Lautner met only a few years back, but Dome confessed that she knew Tyler from before. And even was shipping Team Edward over Team Jacob after she watched Twilight. Also, to remember that she confessed that Robert Pattinson was her childhood crush. But she came out of it and finally joined Team Jacob Black.

Not long after they started dating Tyler proposed to Dome and shared some affectionate pictures which flooded the internet overnight.

The Twilight actor proposed to his fiancée with candles and tons of flowers and surprised her when she came back from work. He confessed that Dome was so overwhelmed that it took her a while to say yes, as she wept away after witnessing Tyler on his knees.

Tyler then rose to his knees and hugged her soon to be wife as emotion made her dumbfounded. If you log into their account you will find some beautiful pictures of the couple.

The duo finally made it official that we will be healing some wedding bells soon.

Is Dome Changing Her Last Name?

As confusing as it may sound the couple share the same first name making it difficult to address the duo on screen.

But netzines call them boy Tay, or Girl Tay to avoid confusion which they actually find very sweet.

But soon after their proposal followed, Dome confessed that she would change her last name with Tyler Lautner. Now the couple would share the same last and first name. As hilarious as it may sound, but the fans found it very cute.

Everyone is waiting to hear some wedding bells anytime soon.