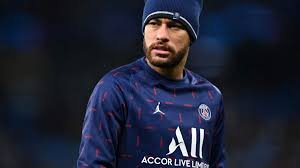 Why Neymar Is Called Jr.?

Neymar is one of the most popular football players that we have in the world and he has played exceptionally well in so many leagues. He is also been part of Messi’s crew and helped him in the games and they also pay together. His full name is Silva Santos Junior and he is a Brazilian footballer and he plays for the Ligue 1 club Paris Saint-Germain and he also plays for his national team Brazil. He is regarded as one of the best players in the world of football. He came into prominence when he made his debut at the age of just 17 and furthermore he also helped the clubs to win the two successive games that are Campeonato Paulista league and Copa do Brazil and Neymar was also twice named as the South American footballer of the year in the year 2011 and 2012 and after that, he relocated to Europe and then he joined the FC Barcelona then he started playing with Messi and Luis Suarez their trio became really popular because of their game and coordination on the fields.

In his earlier life, Neymar was born in Mogi das Cruzes Sao Paulo to Neymar, and his father was also a former football player and then after he inherited his name from his father make it Jr. Neymar. In the countries like America and Europe, it is really common to put Jr. or II after their name. Neymar’s father is called Neymar Sr.

Neymar was born on 5th February in the year 1992 and he is popular for his skills and techniques in football. He was born in Mogi das Cruzes in the Municipality of Sao Paulo and his father was also a former football player and from the inherited his name as Neymar Jr. and his father used to be trainer also and her mother name is Nadine da Silva and when he was at the young age he used to play street football. In the year 2003, he started representing the youth of the “Portuguesa Santista” team and later on he moved to the city of Sao Vicente and after that Neymar joined the Brazilian football team which is FC Santos at the age of 11. He is signed his very first contract with the FC Santos and after that, he started playing football for his national teams and then in 2009 he made his debut for Santos FC.

In the year 2009, he made his debut for the Brazilian club called Santos FC and over the four years, he contributed to the club and also he was the top scorer in the team and thereafter he helped his team to win the Libertadores Cup and he scored total 54 goals in just 102 appearances and throughout that he has given so much to the club in Europe and he was accepted by the Real Madrid at the age of 14 but he denies the offer and stayed back and played for Santos FC. In 2013 Neymar signed the contract with Barcelona and after that the same year he scored four goals in the confederations cup. In the year 2018-19, he was still recovering from the injury and that is why he lost a couple of matches but he performed very well in Copa America.

Why Neymar Is Called Jr.?

Neymar’s net worth is around $200 million and he is quite an expensive player, he is also one of the highest-paid footballers in the world. He is currently dating Bruna Marquezine and furthermore, he also has a son called Davi Lucca from his past relationship with Carolina Dantas. Bruna is a Brazilian actress and also model she is dating Neymar from the year 2017 and still, they are together.

Neymar was born in a middle-class family and his father was a former footballer player and also a trainer. Neymar started playing street football which he loved and after that steadily he started playing professional football and he joined Barcelona and scored amazing goals for them. Currently, he is playing for Saint-Germain Paris and also has a son called Lucca from his past relationship, due to his injury he didn’t perform well in the 2018 year but he played well in the Copa America league.

In this article:neymar, neymar jr, Why Neymar Is Called Jr.