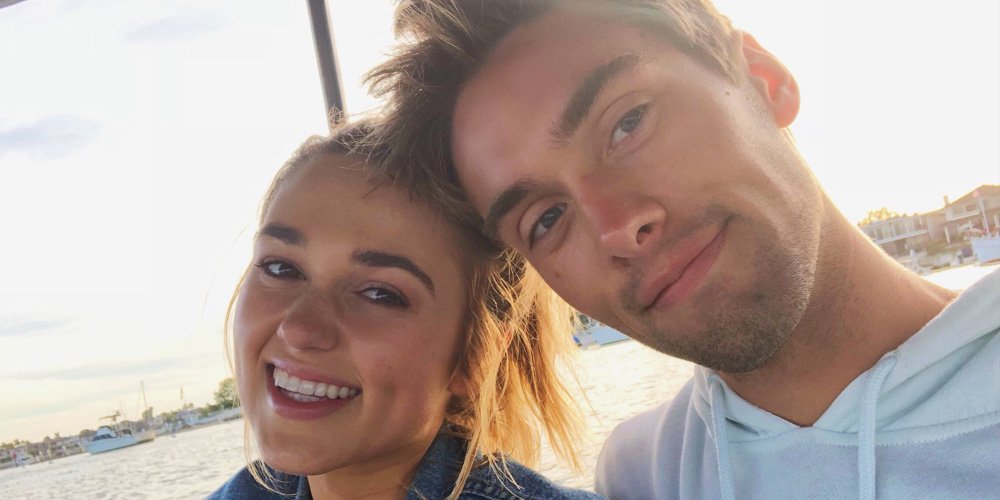 Austin North, the Disney Channel sitcom I Didn’t Do It star, is an American actor. Although he has always been popular among teenage girls, he started receiving fresh attention from his role in the Netflix series Outer Banks as Topper Thornton.

Here’s what we know about Austin North Girlfriend.

The American actor, Austin North was born on the 30th of July in the year 1996. His place of birth is Cincinnati, Ohio, United States. Interestingly, he was revealed to be of English descent. His mother’s name is Karen North (Only his mother’s name is available in the database ). His parents have two children and he is their youngest kid. Their older kid is a girl. Austin North’s elder sister’s name is Lauren North. Austin’s zodiac sign is Leo.

The North family later moved to Atlanta, Georgia where Austin North and his sister Lauren North were brought up. However, they later moved to Los Angeles with his parents for his career. He attended Oak Park High School.

In 2018, Austin North went public about his relationship with Sadie Robertson. Revealing how the two of them met, Sadie Robertson stated that initially, Austin North had privately messaged her on Twitter and they soon took their conversation offline and started calling and also texting each other. But as they never actually met each other in person, things didn’t work out for them and they stopped talking.

However, two years later when she was in Los Angeles, her friend set her up with someone for a Wednesday night and it turned out to be Austin! They spent two days together and when she returned to LA, he took her on an official date.

However, their relationship only lasted for four months after which they called it quits. They revealed that things just didn’t work out between them and they are still good friends. According to the reports, they are both single and enjoying their single life to the fullest.

In the year 2011, at the age of only 15, he made his acting debut. He mainly appeared in Disney shows and made it into the acting industry. He got his very first acting opportunity in a 2011 Disney show called Kickin’ It. Here, he played the role of a character named Ricky Weaver.

The Disney sitcom show I Didn’t Do It kickstarted his career as an actor. He played the lead role in the show. His character’s name was Logan Watson. His role shot him to fame and he became a common name among American teenage girls with his chocolate looks. The show premiered on Disney Channel in 2014 and ended in 2015. But, the show ran for only two seasons.

In 2018, Austin North was cast as the main role in the American teen comedy streaming television series titled All Night. The cast of the show consisted of stars like Teala Dunn, Allie Grant, Chris Avila, Ty Doran, and many more. Austin’s character’s name was Oz. Even with its star-studded cast, the show was not received well by the audience. The show received mixed reactions from the general audience as well as critics. While some of the reviews were good, others were equally as bad.

In 2020, Austin North bagged the role of the main lead in the American action-adventure mystery teen drama streaming television series entitled Outer Banks. Due to the popularity of the series among the population, it was renewed for a second season which premiered in 2021. The plot of the series is set in a community situated in the Outer Banks of North Carolina. The plot follows a conflict between the two groups of teenagers in the said community. This show won the People’s Choice Awards in the category of The Bingeworthy Show of 2020 and also won MTV Movie & TV Awards for Best Kiss in 2021.