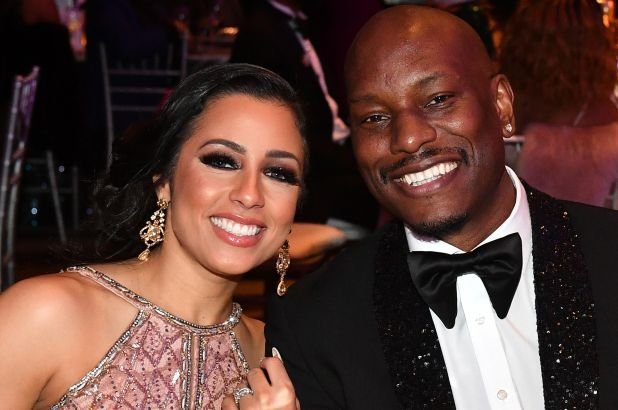 Tyrese Darnell Gibson is a well-renowned singer, actor as well as songwriter. Billboard magazine has announced him as a million-seller artist with over four million albums sold all over the United States. After making and releasing several albums over the decades, he moved on to the acting path. His roles can be seen in a wide spectrum of movies in Hollywood. You know, who is Tyrese Gibson’s wife? No worries, we will tell you everything here, just read the full article below.

Tyrese Gibson married Norma Mitchell in 2007 and had a daughter in the same year. But after three years, the couple called it quits in 2009. He got married again in 2017. The nuptials were held on the 14th of February. The couple had a daughter on the 1st of October 2018. And in 2020 in the month of December, they announced that they were getting divorced.

Tyrese Darnell Gibson was born on the 30th of December 1978. His birthplace is Watts, Los Angeles, California, US. After his father, Tyrone Gibson, left, his mother, Priscilla Murray Gibson, raised him along with his three older siblings as a single parent.

Tyrese Gibson’s music career got kick-started by his high school music teacher when they suggested he audition for the Coca-Cola commercial. In 1994, he made an appearance in a Coca-Cola advertisement where he sang the phrase “Always Coca-Cola”. The phrase got popular among the population and brought him fame. And as a consequence, he got to appear in advertisements for popular brands such as Guess and Tommy Hilfiger.

He got signed as an artist under RCA Records in 1998. Gibson made his debut with the single “Nobody Else” which quickly rose on the Billboard Hot 100. He then released a self-titled album which debuted at No. 17 on the Billboard charts. After this, he became the new host of the MTV Jams on MTV and a host and VJ for the channel.

His third single “Sweet Lady” from the album ” Lately” became his biggest hit, reaching No. 9 on the R&B charts. This led to his Grammy nomination for Best R&B Male Vocal Performance. The album went on to be Platinum Certified.

In 2001, he released his second studio album “2000 watts” whose first single reached No. 15 on the Billboard chart.

After RCA Records disintegrated, he signed to J Records where he released his third studio album “I Wanna Go There“. The album’s first single “How you gonna act like that” was probably his most successful single which debuted at No.7.

In the Transformers film series, Gibson played the character of Seargent Robert Epps. Transformers was a super hit around the world which went on to collect $710 million. He returned to reprise his role in Transformers: Revenge of the Fallen (2009) and Transformers: Dark of the Moon (2011).

Tyrese Gibson has also starred in other movies such as Four Brothers, Waist Deep, Death Race, and Spider-Man spinoff Morbius.

This movie was released on 1 April 2022. The movie stars include Jared Leto, Matt Smith, Adria Arjona, Tyrese Gibson, Jared Harris, and Al Madrigal. The movie is based on Marvel’s character Morbius. In the movie, Morbius and his brother Milo became living Vampires after they cure themselves of a rare blood disease. It was directed by Daniel Espinosa and Matt Sazama & Burk Sharpless have written the movie. The movie was first going to release in July 2020 but due to the pandemic, it was delayed several times and finally released in 2022. Morbius got 5.2 ratings out of 10 on IMDb.

What is the net worth of Tyrese Gibson?

Is Tyrese Gibson in a relationship?

Yes, as per the reports he is dating Zelie Timothy.

No, he is divorced two times and is now in a relationship.

What is the age of Tyrese Gibson?

Does Tyrese Gibson have a twin?

No, he does not have any twins.

Who was Tyrese Gibson’s wife?

Norma Gibson was his wife.