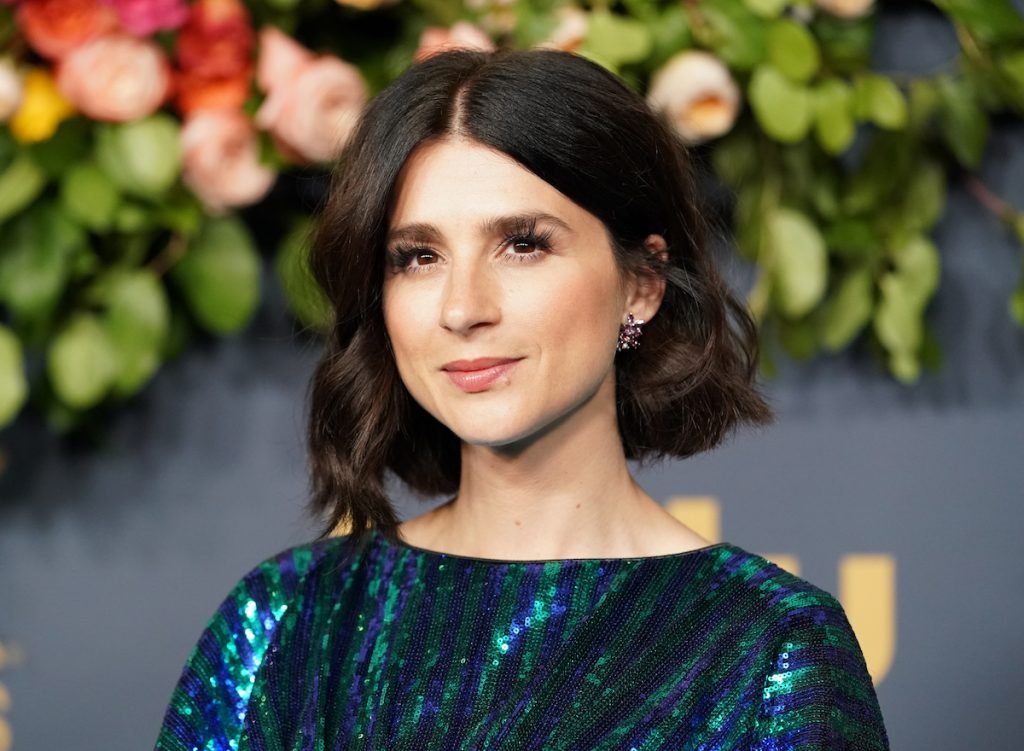 Aya Cash, best known for her roles in the comedy series You’re the Worst and the Amazon Prime Video superhero drama series The Boys is an American actress. Apart from these, she is also known for her roles in Begin Again, The Wolf of the Wall Street, and Mary Goes Round. Below this short intro, we have described all the information about Aya Cash The Boys net worth, relationship, and all.

The American actress’s full name is Aya Rachel Cash. She was born on the 13th of July in 1982. Her birthplace is San Francisco, California, United States. Her mother, Kim Addonizio, is a famous poet as well as a novelist. She received National Book Award for her book Tell Me in 2000. Her father, Eugene Cash, is a Buddhist teacher. Her mother is of Italian descent and is Catholic whereas her father is Jewish. But, Aya Cash has described herself as Jewish.

Aya attended the San Francisco School of the Art. She then enrolled in the University of Minnesota and graduated with a degree in Bachelor of Fine Arts in Acting. In addition to this, she attended Guthrie Theatre for Actor Training Program to improve her skills.

She moved to New York to begin her career as an actress and had to work full-time as a waitress in order to make ends meet as she was not financially stable at the time.

According to the latest data available, the net worth of the gorgeous American actress Aya Cash is approximately $2 million to $3 million. This high net worth is the result of her hard work and determination throughout her career starting from 2006.

She first shot to fame with her role in the comedy series You’re the Worst and then her fame levitated even higher recently with the huge success of her drama The Boys. Apart from taking part in numerous films and television series, Aya Cash has also worked in theatre and that has more or less influenced her net worth.

Aya Cash got married to Josh Alexander, a producer, and writer, in 2012. He is known to have been by her side since the beginning. They currently live in New York City together.

Aya is the Celebrity Ambassador for INARA. It is an NGO that helps war-wounded refugee children from Syria and gives them medical help.

Aya Cash made her formal debut as an actress and has been active in the filming industry since 2006.

Aya has made appearances in television series like Mercy, Brotherhood, The Newsroom, and the Law & Order series, including Law & Order: Special Victims Unit and Law & Order: Criminal Intent. For six years starting from 2014 to 2019, Aya Cash starred in the FX Network’s dark comedy series You’re the Worst. She played the role of Gretchen Cutler. She received critical acclaim and a good positive reaction from the audience for her performance in the series. Her performance in the second season was titled “the best TV performance of 2015 ” by The A.V. Club website.

In 2019, she was announced as a part of the cast of the Amazon Prime Video superhero dark comedy-drama series The Boys. It is based on the comic book of the same title written by Garth Ennis and Darick Robertson. It was originally published under DC Comics. Season two of the series was premiered last year in 2020. For her performance in the series, she won a Critics’ Choice Super Awards.

Apart from television series Aya Cash has also appeared in films such as Begin Again, The Wolf of the Wall Street, The Oranges, Mary Goes Round, and Winter of Frozen Dreams.

What do you think of this article? Let us know in the comments below.