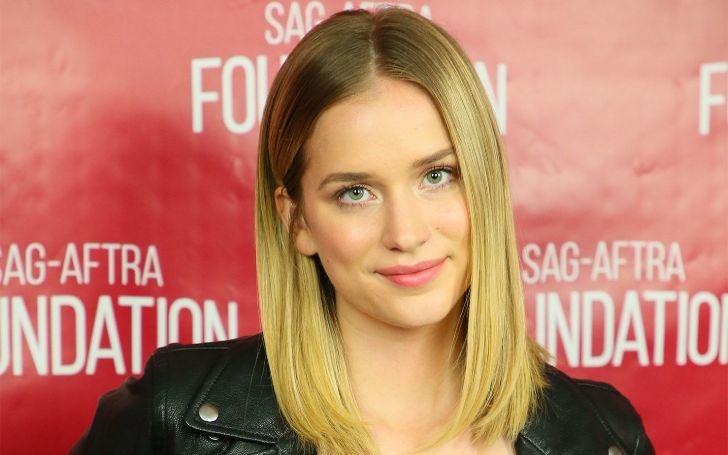 Elizabeth Lail, famous for playing the role of Anna in the fantasy series Once Upon a Time is an American actress. She is also famous for her roles in Dead of Summer and You. Here, we will take you on the ride in which you can know about Elizabeth Lail’s Net Worth, career, relationships, and more.

Elizabeth’s full name is Elizabeth Dean Lail. The stunning actress was born on the 25th of March 1992. Her birthplace is Williamson County, Texas, United States. She was brought up in Asheboro, North Carolina. She attended the Asheboro High School in 2010 and after graduating she got enrolled in the University of North Carolina School of Arts which she graduated in 2014.

Recently, in 2021 Elizabeth got married to Nieku Manshadi. He is in the profession of dentistry. Manshadi is a pediatric dentist. He has stated that he views it as a privilege to treat children.

The gorgeous American actress’s net worth as per the latest data available is approximately $2 million dollars. This would make total sense to someone who knows how popular the series Once upon a time was. Apart from this, she has played many roles and portrayed many characters which have sufficiently helped her in amassing this huge wealth and gaining this net worth.

The beautiful American actress hailing from the cowboy countryside, Texas, boasts an immense amount of followers on social media. She has about 1.2 to 1.3 million followers on Instagram. Along with her beautiful pictures she also posts about social causes and helps spread social awareness.

While studying in university from 2011 to 2014, Elizabeth Lail worked in student short film productions such as Model Airplane and Without. She later moved to New York City in order to pursue her stage work.

It was there that she bagged an audition for ABC’s Once Upon a Time. And shortly, she was cast as Anna in the fourth season of the series and it was released in 2014. Once Upon a Time is an American fantasy drama television series. The entire series takes place in a fantastical world and is based on popular children’s fairy tales. The fourth season in which Elizabeth starred is based on the story of Frozen. In 2016, she was landed the starring role of a camp counsel named Amy in the Freeform horror series Dead of Summer.

In 2017, the stunning actress was cast as Guinevere Beck in the Lifetime / Netflix television series titled You in which she co-starred alongside Penn Badgley and Shay Mitchell. After the movie was released in 2018, she received a nomination for Best Actress in Streaming Presentation at the 45th Saturn Awards. In 2019, Lail returned to reprise her role as Guinevere Beck as a guest on the second season of You. Later, she appeared as the lead in the 2019 horror film Countdown.

In 2017, she portrayed the character of Natalie Luca in the popular series The Blacklist in the episode titled ” Natalie Luca”.

In 2021, Elizabeth Lail announced that she was set to play the titular role of Mack opposite Daine Keaton in the comedy film Mack & Rita. She even became a part of the cast of the HBO Max teen drama Gossip Girl in which she played the recurring role of Lola Morgan. In the same time period, it was revealed that the 29-year-old had joined the upcoming cast of Ordinary Joe, an NBC drama series.

What do you think of this article? Let us know in the comments below.