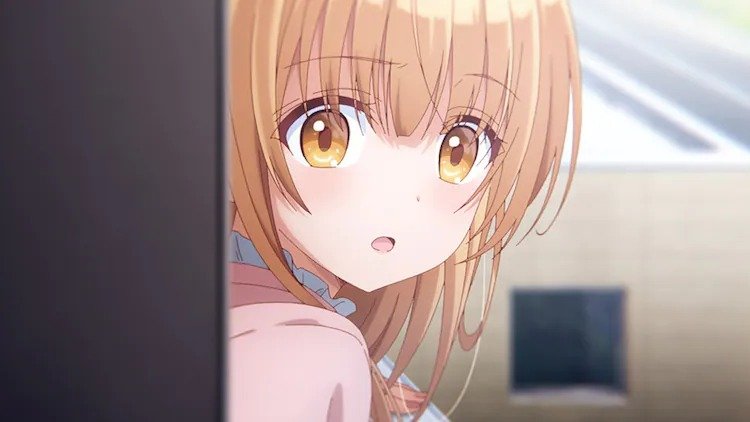 Yokoso mina san! Hoping you guys are bringing more and more upcoming arrivals that are flooding the sites. With Winter coming the world will soon face some new and interesting anime, so yeah knock knock, you are soon to meet a bundle of characters who will surely pull your interest right off. Here’s what we know about The Angel Next Door Anime Release Date.

The slice of life and romantic genre together is quite an interesting mix. Take the anime like; My Little Monster, Fruits Basket, Ouran High School Host Club, Princess Jellyfish and many others. Not only are they fun to watch but also an eye opener as you can relate to them very easily and the romance gives you butterflies. Isn’t it?

Then, here we are announcing the debut of another new anime series with the same genre which is soon to hit your home screen.

The Angel Next Door Spoils Me Rotten is also known by the name; The Case of the Neighbourhood Angel Turning Me Into a Degenerate Unaware. This is a Japanese light novel, illustrated by Hanekoto and written by Saekisan.

As I mentioned earlier on, this is a slice of life, a romantic comedy which has a light novel, manga and also a novel series version. The anime adaptation will soon find its way, which we are going to talk about next. The novel has completed its publication but the light novel and the manga is yet to release their upcoming volumes.

With a popularity score of over 60K, the anime will surely hit the marks with its release. Let’s find out more about the anime then!

Project9 officially announced in 2022 that the manga will soon find its anime adaptation and will release its season. But unfortunately, the time of its release was not made official nor was the number of episodes. From what our sources could gather that the anime might make its debut in 2023 but not before Fall in all probability. And if you are lucky enough, who knows the anime might as well hit the OTTs by 2022 as well.

Well, sit tight, as soon as we get to hear the official dates, we will come running back to inform you, till then you can read either the manga or the novels.

But be certain, since the news of the anime being released is made official, the anime will be released soon.

The Angel Next Door Anime Story

Amane is a high school boy who lives alone in an apartment and is suffering from a cold. Mahiru on the other hand is his next-door neighbour who also goes to the same school as him. But the duo has never spoken although they are neighbours.

Now, Mahiru is the most beautiful girl in the school thus making her the medusa next door. She is known as the Angel, in his school.

One day he finds her sitting in the rain in distress, feeling quite sorry for the girl, he lends her his umbrella with the hope that she will return it back with gratitude. But to his surprise, she makes no attempt to return the umbrella but instead proposes that she would take care of him and help in his household chores. So, that in no time he can get rid of his illness.

As the two get acquainted and the distance between the duo closes, something more than a relationship of neighbours happens. And who knows that little something can bloom into a beautiful love story between these two?

MUST READ | Smile Of The Arsnotoria The Animation Season 2 Release Date: Revealed?

The Angel Next Door Anime Characters

The entire cast or the characters are not yet revealed by the production team. But from what we can gather and we are aware, Shiina Mahiru and Fujimiya Amane are the two main characters. The anime revolves around the life and happenings of these two.

The Angel Next Door Anime Trailer

An announcement of teaser release was announced by the team back in March 2022. And in May the above four characters were introduced in the teaser.

The trailer of the anime might release in the year 2023 or maybe by the end of 2022. While a release of the third teaser in 2023 was made official. Let’s wait and see, while we will get back with any updates we get from the PD.

Where To Watch The Angel Next Door Anime Online?

The anime streaming platform has not been updated for us as of yet. But as you are anticipating, so are we. But in all probability, the anime might stream on Netflix, Crunchyroll or Gogoanime; either three.

While you wait for it, keep watching other anime or read more manga. As soon as we get to hear about the updates, we will post them here.