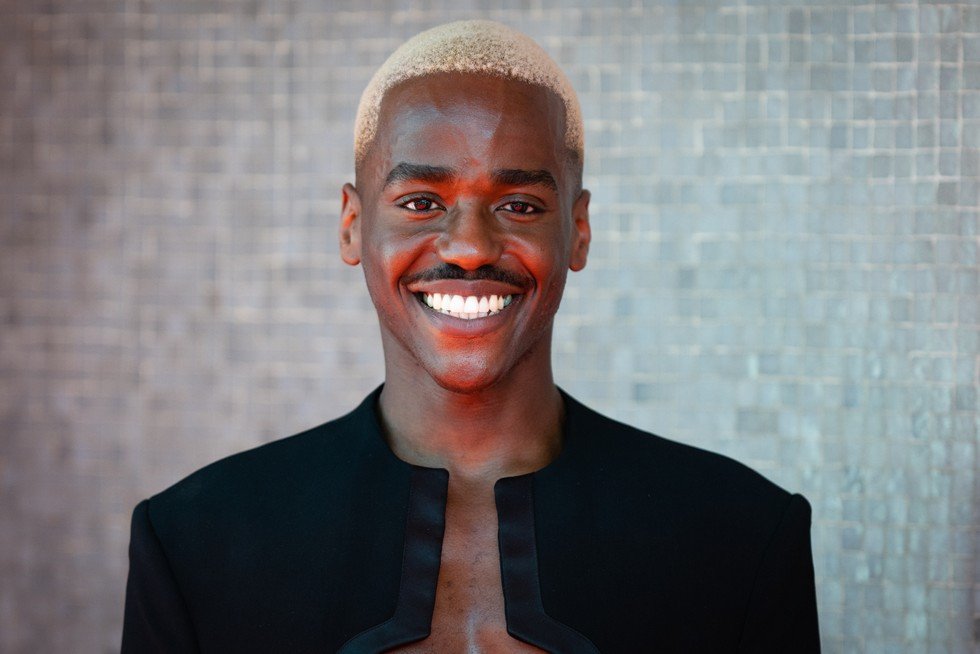 Who is Ncuti Gatwa’s Celebrity Crush?

Mizero Ncuti Gatwa is an actor of Rwandan and Scottish nationality. He was born on 15 October in the year 1992 and is currently 29 years old. Ncuti Gatwa rose to international stardom when he starred in the comedy-drama series created by Netflix called Sex Education, which premiered in the year 2019. His portrayal of the character Eric Effiong in the Netflix series Sex Education, has earned him a BAFTA Scotland Award for Best Actor in Television category as well as 3 BAFTA Television Awards nominations for the category of Best Male Comedy Performance. In the year 2022 Ncuti Gatwa was announced as the 14th doctor on the show Doctor Who, produced by BBC, which made him the first Black actor to portray the lead role in this series.

Who Is Ncuti Gatwa’s Celebrity Crush?

Ncuti Gatwa has stated in an interview that his celebrity crush is singer, songwriter, and rapper Nicki Minaj. Ncuti Gatwa stated that he loves Nicki Minaj’s personality and enjoys her songs. Nicki Minaj rose to fame when she released her debut album in the year 2010, titled Pink Friday. Since then she released several albums such as Pink Friday: Roman Reloaded (2012), The Pinkprint (2014), and Queen (2018). Nicki Minaj is known as the “Queen of Hip Hop” and the “Queen of Rap” and is one of the best-selling female music artists of all time.

Ncuti Gatwa was born on 15 October in the year 1992 in Nyarugenge, Kigali, located in Rwanda. His father’s name is Tharcisse Gatwa, who is from Rwanda’s Karongi District. His father is a journalist who has a Ph.D. in theology. Ncuti Gatwa and his family escaped from the country of Rwanda during the Rwandan genocide that took place in the year 1994 and eventually settled in Scotland. Thus Ncuti Gatwa has Rwandan and British citizenship. Ncuti Gatwa and his family lived in Edinburgh and Dunfermline. Ncuti Gatwa enrolled at the Boroughmuir High School and the Dunfermline High School. He then moved from Dunfermline to Glasgow, to study at the Royal Conservatoire of Scotland, wherein he graduated with a Bachelor of Arts (BA) degree in the field of Acting in the year 2013.

Ncuti Gatwa’s father’s name is Tharcisse Gatwa, a journalist with a Ph.D. in the field of Theology. Tharcisse was born in Rwanda’s Karongi District. There is no other information about his personal and it is not known if he is currently dating someone. He used to date Jessica Hardwick in 2018. There is no information about his siblings. Ncuti Gatwa has Rwandan-British dual citizenship.

After graduating with a Bachelor of Arts (BA) degree in the field of Acting in the year 2013, from the Royal Conservatoire of Scotland, Ncuti Gatwa was offered a position in the Dundee Repertory Theatre acting graduating scheme that is based in Dundee, Scotland. It was there that Ncuti Gatwa performed in several theatre productions which also included the play titled Victoria, directed by David Greig. Ncuti Gatwa also had a small role in the 2014 sitcom titled Bob Servant, which was set and filmed in Dundee, Scotland. In the year 2015, Ncuti Gatwa portrayed a supporting role in the mini TV series titled Stonemouth, which is adapted from the 2012 novel of the same name. in the same year, he performed in a theatre production called 946, by Kneehigh Theatres. The 946 theatre play is adapted from The Amazing Story of Adolphus Tips by Michael Morpurgo, which is about the rehearsals for D-Day landing in Devon as well as numerous fatalities. Ncuti Gatwa also portrayed the role of Demetrius in the 2016 theatre production of Shakespeare’s A Midsummer Night’s Dream, which was directed by Emma Rice and was performed at Shakespeare’s Globe. In May in the year 2018, Ncuti Gatwa was cast to play the lead role in the comedy-drama series titled Sex Education produced by Netflix. The show was released in the year and received critical acclaim and praise from critics, thereby pushing Ncuti Gatwa towards international stardom. Gatwa received praise from critics for his portrayal of the character Eric, especially how he didn’t portray the role as a typical stereotypical gay character. He has earned various nominations and awards for his portrayal of Eric in the show Sex Education, such as a BAFTA Scotland Award for Best Actor in Television in the year 2020 and earned 3 BAFTA Television Award nominations for Best Male Comedy Performance in three consecutive years in 2020, 2021 and 2022. In 2022, it was announced by BBC that Ncuti Gatwa will portray the lead role of the 14th Doctor on the show Doctor Who.